What is Lightning Network and How does it Work? 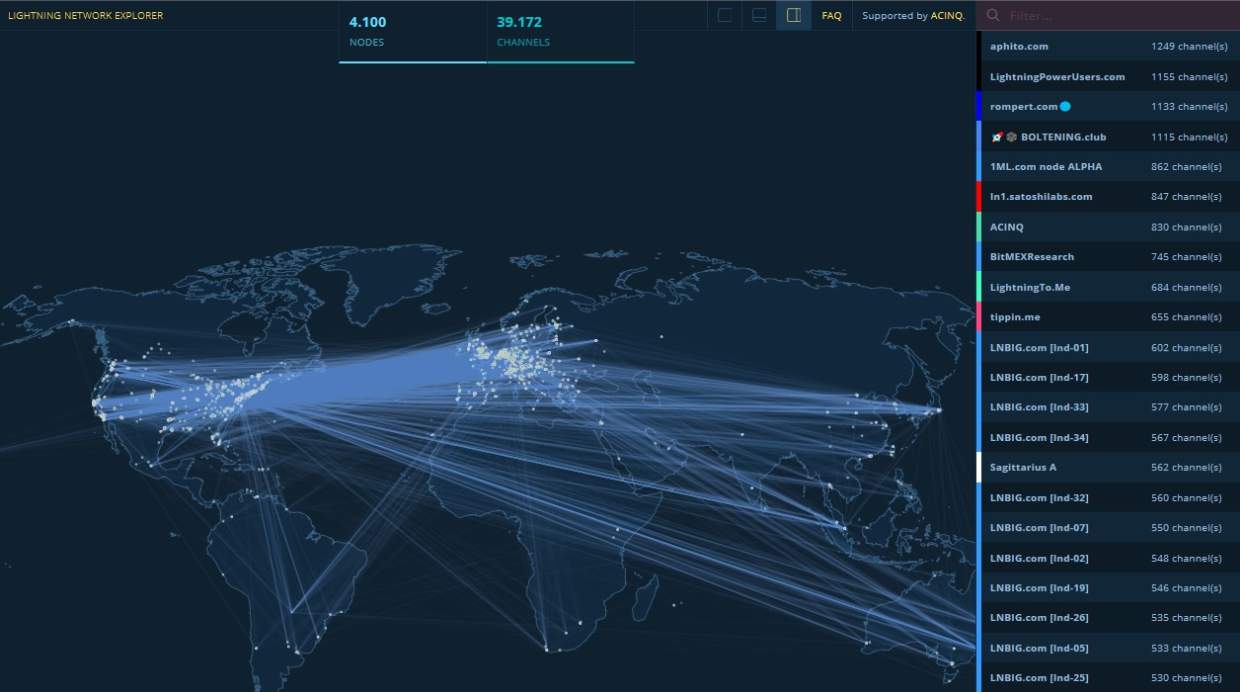 Bitcoin network has scaling problems. The system is designed so that a block is created on average every 10 minutes and the block size is limited to 1 MB. This is because only in this way the decentralized system works. In addition to ramping up the block size, the Lightning protocol was introduced. Because the latter was not implemented swiftly enough, Bitcoin Cash was forged by Bitcoin and the block size was extended to 32 MB.

The Lightning Network is a “second layer” payment custom that runs on a Bitcoin blockchain. It allows immediate transactions between competing nodes and has been promoted as an answer to the bitcoin scalability difficulty. It highlights a peer-to-peer method for executing micropayments of cryptocurrency through a network of payment channels without transferring administration of reserves and reducing the liability of third parties. As mentioned earlier, all payment transactions in the lighting network take place off the bitcoin blockchain. Let’s see how that works.

As a first step, two parties open a channel. After that, parties transfer Bitcoin to a 2 of 2 multisig address. Say from this address only transactions can be made that is signed by both parties.

Of course, this is not possible. The multisig address on the blockchain has a time lock. That is, the transaction will not be executed until a predetermined time has elapsed. This gives Maria the opportunity to check that everything is right. In addition, the “if-then” conditions on the multisig address are set such that upon receipt of a newer transaction in the time between receipt of the first transaction and expiration of the time lock, all bitcoin, in our case 10, will go to the sender of this newer transaction as punishment. This is ensured by a key which is created after each new balance sheet change with which the old transaction may be redeemed and the entire balance can be redirected if it sends the counterparty mistakenly to the Bitcoin network. Thus, the system is secure.

The channel is the basic building block in the Lightning network. These channels can be used to form a network. Each Lightning node has one or more channels that connect it to other nodes.

So how does Bitcoin get from A to B even though there is no direct channel? This works much like Atomic Swaps with hash and time locks (HTLC for Hash Timelocked Contracts).

In this way, bitcoins in the Lightning network can be sent securely and confidently via any number of channels. Addressing via the hosts, each host can have several lightning channels. The protocol should then pick the cheapest channel in the future.

The Lightning network is an important step in the scalability of Bitcoin. It is very important for the BTC community that the main chain works properly. Therefore, changes are made with great care and usually take a long time. Lightning eliminates massive interventions in the protocol, which has proven itself for over 10 years, such as extending the block size or reducing block time.

The developments are progressing rapidly, new nodes are added every day and the volume in the canals is rising steadily. By and large, the project can be regarded as promising and it has an exciting future.