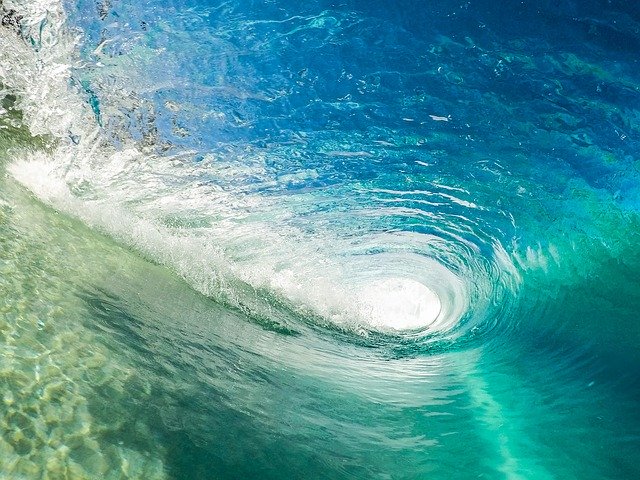 The price of Ocean Protocol registered a 182% increase in the past month. But this could be only be the beginning. After all Ocean Protocol’s market capitalization only sits at a modest 85 million USD.

Ocean Protocol’s ICO ended on May 3rd 2019. Currently, the Ocean price sits at 2.07x the ICO price. Therefore the selling pressure on ICO investors is low as the price is comfortably above “break even”. Optimal conditions for a potential 10x run.

“Ocean Protocol’s mission is to free data from silos and empower people by equalizing data access for all. By allowing algorithms to come to data, we’re enabling the safe and secure sharing of data across all parties.”

Moreover, Ocean Protocol seems to be working with Daimler AG!

“Hartmut Mueller, Vice President IT Technology & Cross Functions, Daimler AG, added, “We believe in the power of Blockchain to unlock the value of data in a decentralized way. On our journey towards a data driven company this collaboration with Ocean protocol enables us to build a secure enterprise B2B data marketplace to monetize and put data to work.””

The monthly time frame doesn’t show much, except that the price of Ocean is at an all time high. Besides, the trading volume hasn’t really picked up yet. On the contrary it seems to be dying out. This was the only recent month where the volume increased with respect to the previous one.

Ocean Protocol Price Prediction – should the price correct now, then…

Should the Ocean price undergo a correction now, it could find support at the Fibonacci levels at ±0.15$ and ±0.117$. A correction however, doesn’t necessarily have to occur. After all the MACD is still developing in a positive direction.

Only the RSI could be of concern, as it is currently in strongly overbought regions.

However the 0.382 Fib level at ±0.15$ has been successfully acting as a support. The EMAs are also crossing in bullish manner and the golden cross confirms the bull trend!

Nevertheless, we can notice a bearish development of the MACD on the daily frame, with the MACD lines seeminglycrossing bearish while the histogram is dropping lower. The RSI has a similar development too.

Regardless, Ocean could be on its way to a new all time high.

Ocean Protocol Price Prediction – against BTC at the 0.382 Fib support!

Lately, the Ocean price strongly bounced off the 0.382 Fib support at ±0.00001568BTC, and if broken, the price could meet strong support at the golden ratio at ±0.00001250BTC. Right now, Ocean Protocol seems to be on its way to new all time highs, as the MACD isn’t giving any bearish signs on the weekly frame.

Keeping in mind the small market capitalization, and the fact that Ocean Protocol is only traded on the relatively smaller exchanges KuCoin and Bittrex, a listing on a major exchange such as Binance or Coinbase could lead to a strong increase in price. Therefore Ocean Protocol has a lot of upwards potential, and its partnerships seem to be very promising!