Bitcoin vs Gold: Which One Is Better? 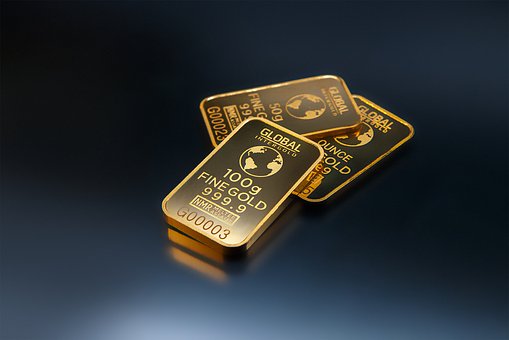 The debate over whether bitcoin or gold is the better asset in the crisis situation is probably as old as Bitcoin itself. Bitcoin has some properties that are very similar to gold, which is why bitcoin is also called as “digital gold”.

Bitcoin and Gold: The similarities

Both Bitcoin and Gold are immune to excessive inflation. Bitcoin is limited to 21,000,000 coins with a fixed inflation rate every year, and gold can’t just be conjured up, so there is a natural limit to possible inflation. If the dollar/euro becomes worthless, it can be assumed that both assets continue to be credited with a value greater than zero. You can share both assets and thus pay flexibly with these assets. With the help of the Lightning Network, it is possible to send fractions of cents and with gold, you could theoretically break down the gold pieces down to the atomic level.

The benefits of Bitcoin

Practically, however, the Bitcoin in terms of divisibility has a clear advantage, since the “shrinking” of gold pieces would make much more complex. In addition, Bitcoin can be traded more anonymously than gold. Of course, if you trade in your gold items, you want to know who puts gold in your hand and if that person is trustworthy – you want to make sure that the gold is really “real” and not fake. However, bitcoin can pose a major problem for gold, as Bitcoin does not have this problem. Another advantage of Bitcoin is that you can hide (especially large amounts) of assets in a much better way, which increases the security from robberies.

The benefits of gold

As a physical asset, gold is deposited in vaults, safety deposit cases in banks and private lockers for smaller amounts. Bitcoins, on the other hand, cannot be saved in the conventional sense. Instead, what is saved is a mysterious number called a ‘private key’, which helps the transfer of Bitcoin from one person to another. Purchasing Bitcoin can be notably risky if you do not utilize a hardware or software wallet to guard your private key.

What you can’t deny is the gold has intrinsic material value. In some applications, gold is simply needed, such as in chemistry as a catalyst. In addition, people seem to attribute value to gold for 1000 years. Bitcoin could not prove itself for so long. However, in recent history in countries with hyperinflation, the use of bitcoin and other cryptocurrencies has been increasingly observed.

Gold or digital gold? Both assets have their advantages and disadvantages. The two assets are actually not really competitors but would complement each other much more. In the end, every investor has to weigh for himself which asset you want to add to your portfolio and to what extent.