Huawei, a Chinese multinational networking, telecommunications equipment, and services company has launched blockchain-as-a-service (BaaS) platform based on Hyperledger Fabric 1.0. The Shenzhen based company made the announcement on Tuesday at its analyst conference.

On its website Hyperledger explains: “Hyperledger is an open source collaborative effort created to advance cross-industry blockchain technologies. It is a global collaboration, hosted by The Linux Foundation, including leaders in finance, banking, Internet of Things, supply chains, manufacturing and Technology.”

In short, Hyperledger is like a kernel for open factory blockchain progress. Hyperledger fabric is a platform for distributed ledgers, supported by a high degrees of secrecy, flexibility and scalability. It is intended to help pluggable executions of various parts, and suit the many-sided quality and complexities that exist in the finance world. Hyperledger Fabric 1.0, the open source distributed ledger project from Hyperledger, was launched in July, 2017. This Huawei blockchain project is focused on smart contract development.

According to Huawei whitepaper, following are some of the features of BaaS platform

The Baas platform will empower organizations to create smart contracts over a distributed ledger network. The platform enables customers to construct smart contract applications that mainly center around production network, open administrations such as audit and verification of ID and tokenized security resources.

Following is the blockchain system architecture proposed by Huawei 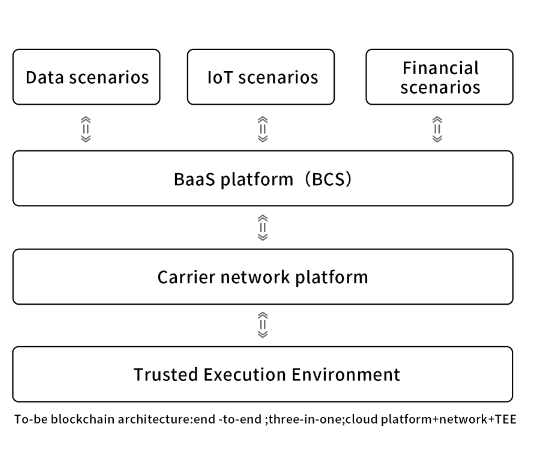 Following are the design principles of Baas

The Baas is implemented on Huawei cloud, which is solid and open, serving worldwide customers. Huawei Cloud implements distributed computing for clients. It is supported by low cost,flexible, telecom-level security and systematic administration. The BCS can be coordinated with existing Huawei Cloud items and will help organisations move towards the time of cloud in a safe, effective, and carefully designed approach, and rapidly implement new systems and applications.