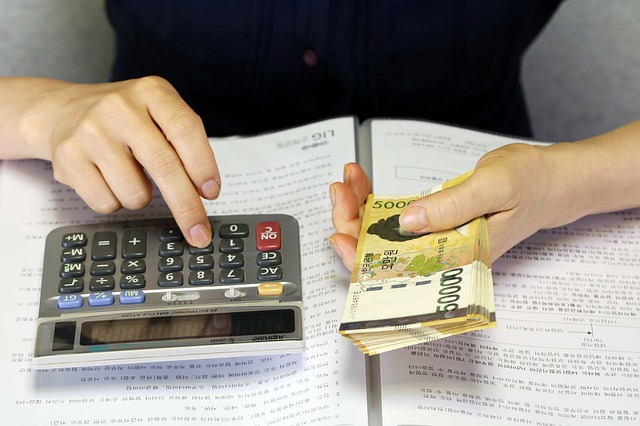 Documents published on the official website of South Korea’s Financial Services Commission (FSC) on Oct. 24 warns investors to be cautious while investing in cryptocurrency funds. The FSC warns investors not to be misled into believing that public Cryptocurrency funds represent legal investing tools that comply with South Korea’s Capital Markets Act.

The FSC stated that public fundraising schemes must be approved and registered with the commission in order to comply with the Capital Markets Act. However, companies engaging in such crypto funds are violating the act because these schemes are not approved or registered under the act.

The Financial Services Commission revealed that they are planning to take action against crypto funds as they hold consultations with relevant regulators in order to protect investors from risks of potential financial losses.

The chairman of the FCS, Choi Jong-koo had claimed earlier this month that the existing uncertainty around ICOs, as well as its potential damage to investors, are “too serious and obvious,” reiterating his negative stance towards digital currencies and Initial Coin Offerings. The Chairman further cited other countries that have prohibited this type of fundraising while speaking at a parliamentary audit session of the National Assembly commission.

All types of ICOs have been banned in South Korea since September 2017, with the authorities trying to justify the action by stating that ICO token sales require too much monitoring and oversight. Even though suggestions for reversal have followed the initial ban, it still remains in effect. In July, the FSC had also revealed its plans to set up a department that will exclusively focus on policy making initiatives related to the domestic fintech and cryptocurrency industry.

On October 11, during the parliamentary audit session of the FSC, the chairman aired his apprehension,  “The government does not deny the potential of the blockchain industry. But I think we should not equate the cryptocurrency trading business with the blockchain industry.” He further emphasized his point by saying, “Many people say the Korean government should allow ICOs, but ICOs bring uncertainty and the damage they can cause is too serious and obvious. For these reasons, many foreign countries ban ICOs or are conservative towards them”.

On Oct. 2, a member of South Korea’s National Assembly called on the government to “open up the road” to ICOs by taking a softer stance in terms of regulations. Democratic Party lawmaker Min Byung-doo stated that the party will develop a project of for ICO legislation at the next session of the National Assembly.

The legislative proposal to exclude the cryptocurrency and blockchain industry from being certified as venture firms has been passed and will come to effect immediately. The revision to the law will result in Korea’s domestic blockchain industry, including cryptocurrency exchanges, being removed from the government’s official classified list of certified venture firms.

The enactment of the proposal first proposed by South Korea’s Ministry would mean that cryptocurrency startups and exchange platforms will lose tax perks and other financial incentives afforded to domestic startups and small businesses. The restrictive policy against the blockchain sector comes despite the domestic government’s own pledge to budget over 1 trillion won ($885 million) for the development of select technologies including blockchain in 2019 alone.

An unnamed industry source told Business Korea: “The measure implies that the government is regarding not only cryptocurrency exchanges but also every blockchain-related venture firm and business as gambling.”

Cryptocurrency exchanges are set to face the burden of their corporate and income taxes doubling while they lose out on the 75% cut in acquisition taxes. Furthermore, they will no longer have any privileges such as credit guarantees. New startups seem to have a tough road ahead as per a report by Business Korea that states, “Under the new government policy, cryptocurrency exchanges that will be newly set up this month or later cannot be certified as venture firms”. The lack of tax benefits will certainly discourage research and development within the industry and might even result in startups relocating to friendlier jurisdictions abroad.

Many countries and the administrations have always been suspicious of Bitcoins and other Altcoins transactions and trading. They are never …