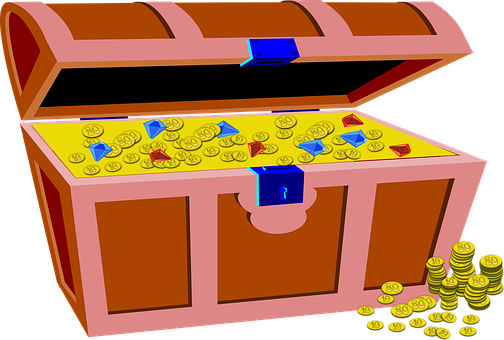 The World Bank president, Jim Yong Kim has said that Blockchain has “huge potential” and that “embracing the technology” is vital to reaching its objects. Kim addressed the International Monetary Fund (IMF) and the World Banks’ Annual Meeting in Bali, Indonesia Oct. 11. He also remarked that the bank should keep up with technological innovation.

Kim spoke on the importance of combating deficit while increasing prosperity. He further expressed that there are reforms in the technological world that can benefit us and leapfrog generations of bad practice, generations that would take permanently in terms of defeating corruption.” the world bank president stated:

We talked about cryptocurrencies, but we think distributed ledger has huge potential and we issued the first blockchain bond in August, where we created, allocated, transferred and managed the entire bond through blockchain technology.

According to CoinTelegraph, the World Bank and the Commonwealth Bank of Australia (CBA) declared a public bond completely on the blockchain. The $73.16 million agreement involves two-year bonds that reportedly ended Aug. 28 and have been valued to generate a 2.251% profit.

The world bank president further noted that the implementation of blockchain encouraged the group to reduce paperwork and costs. “This is something that can be greatly advantageous” in the future. He acknowledged, however, that the bank has not been following all the advanced developments, especially in a way that would benefit their clients take advantage of the “great things that are coming out.” This event was filmed by CNBC.

We at the World Bank Group have had to admit that we’re not keeping up with the latest developments and we’re not doing it in a way that would help our clients take advantage of the great things that are coming out.

The World Bank president also added that total admittance to commercial assistance by 2020 is one of the World Bank’s aims.

Prominently, the president had criticized cryptocurrencies. Talking with CNBC in October last year, Kim had expressed his opinions about blockchain technology, while remarking the uncertainties of blockchain derivatives like Bitcoin. He stated then:

Blockchain technology is something that everyone is excited about, but we have to remember that Bitcoin is one of the very few instances [of blockchain’s use in currency]. And the other times when blockchain was used they were basically Ponzi schemes, so it’s very important that if we go forward with it, we’re sure that it’s not going to be used to exploit.

These days, blockchain is widely used in many sectors other than cryptocurrencies. A few days ago, WEF (World Economic Forum) and Bain & Company had released a new study which said that blockchain could increase trade finance by $1 Trillion. Blockchain’s distributed ledger technologies (DLT) could play a major role in decreasing the global trade finance gap.

According to this research, traditional trade and supply chain include various contributors. Due to this, reconciling and authenticating data is very difficult. Distributed ledgers are secure, shared databases, where each contributor has a copy of the stored data.

When a transfer of funds or data is recorded, it is authenticated, made transparent and available to all contributors collectively, and updated across the network instantly. Only certified parties can start transactions by using encrypted digital signatures, which use “smart contracts”, a digital rule that authenticates and implements contract without third parties. The system’s structure is faster, cheaper and safer than manual systems.

Not only this, Dubai’s bank, Emirates NBD is also planning to reduce cheque frauds by implementing blockchain technology. ‘Check Chain’ is the name of the project to effectively go live, with the sole point being to reduce check related frauds. Emirates NBD is one of the largest banking groups in the Middle East in terms of assets.

Syria is also relieving the humanitarian crisis through blockchain. CryptoTicker had also reported earlier on the use of blockchain in Syria. The United Nations World Food Program is using the Ethereum Blockchain to help refugees in crisis within Syria. The program was a huge success and over 10,000 refugees within greater Damascus had access to food. The United Nations has shown great interest in further expanding the program to nearby war inflicted countries following its success.