How will the Government Shutdown affect the US Crypto Market? 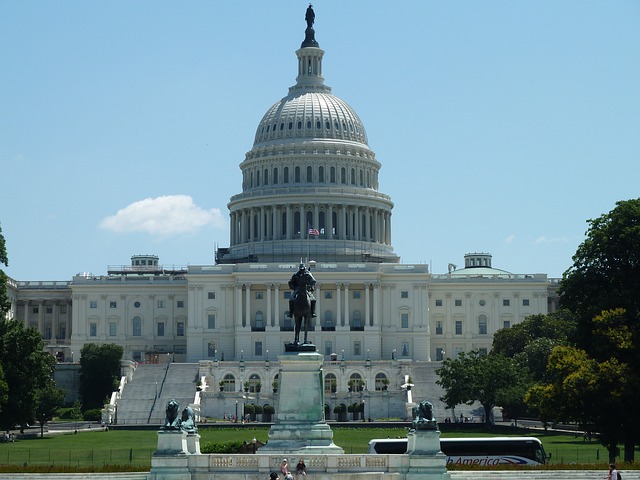 It’s not the first time that the United States federal government has faced shutdowns. In the past, the government has faced several shutdowns and at every shutdown, the market has panicked. Until 1990, not all funding gaps led to shutdowns but since then, the practice has been to shut down the government in case of a funding gap. Whenever a shutdown happens, the markets usually panic which is followed by a fall in a few hundred points and markets all around the globe get affected by this contagion. Usually, during such uncertainty, people will flee to safer places to hold money like treasuries, cash, and high-grade bonds. Some have seen cryptocurrency as a safe investment and this has led to a price spike during the 2013 shutdown. The shutdown during Obama’s presidency led Bitcoin’s price to rise from $115 to over $140 during a period of 15 days. It might not seem like much now, but that was one of the best runs Bitcoin had till then.

As mentioned before, whenever there is a panic, investors pull money from stock markets and put them into safer investments and traditionally they have been gold and government bonds. But recently, there has been a trend to buy up crypto during such times. What investors are looking for is something the immediate fallout will not affect and historically gold and government bonds have shown resilience to such short-term market volatility. Markets usually don’t affect the price of cryptocurrencies and are decoupled from the larger financial ecosystem. In fact, the birth of Bitcoin was in protest of how the government handled the 2008 financial bubble. Satoshi Nakamoto, the creator of Bitcoin in the Bitcoin white paper laid out the reasons for the creation of Bitcoin.

It is hard to say that crypto is anywhere near safe as the level of volatility they have shown in the past that would make most investors want to stay away from them, yet many still buy into these digital currencies in times of economic crisis due to the many properties they possess. Cryptocurrencies have properties that many traditional investments don’t have. They are deflationary compared to fiat currencies which are inflationary. Nobody controls crypto, it is decentralized. This means that they are immune to government decisions, which is why people from Venezuela bought Bitcoin during their hyperinflation situation. The decisions taken by the government won’t affect their savings. Nobody has control of the money held as crypto assets. This means that they are not subject to capital flow control put in place during an emergency by a government and they are not subject to bail-ins enforced by banks like in Cyprus. For many, these make crypto akin to digital gold, but unlike gold digital assets, they don’t have two properties. Gold has a history as an investment and longstanding performance.

There are two schools of thought, the first believes that the price of Bitcoin is heavily reliant on the big financial institutions and they can sway the price of the digital currency. The other school believes that cryptocurrencies are a safe haven from volatilities faced by traditional market. This belief is what currently gives some life to the prolonged bear crypto market. Cryptocurrencies have gained some ground after the government shutdown. The shutdown has also forced the Bakkt trading platform to a delayed launch as they need approval from the US Commodity Futures Trading Commision (CFTC). They will have to wait until the shutdown is over. Bakkt is an intercontinental exchange meant for futures trading in Bitcoin. The launch date of Dec 12th of this year has been postponed to Jan 24th of next year.

Going into the new year, there is a lot of good news for the whole crypto community. Many countries have opened up with new regulations, like Japan and Thailand and more countries are expected to follow. Even though prices have fallen dramatically, most analysts predict prices to go up as the shutdown could cause the prices to recover.
Follow us on Twitter, Facebook, Steemit, and join our Telegram channel for the latest blockchain and cryptocurrency news

TA that predicted Bitcoin Price to consolidate is showing signs of STRENGTH ahead, BUT…

Bitcoin price managed to reach its all-time high price of USD 42,000 only to retrace back and enter a sideways …