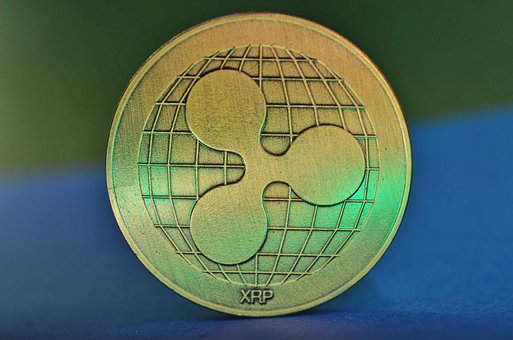 Western Union, an American financial services company has partnered with Ripple Labs to test blockchain payments and it is also thinking about adopting cryptocurrencies, reported Reuters Plus. During the interview given to Reuters Plus, the president of Western Union Global Money Transfer Odilon Almeida admitted that the company has been assessing whether it should accept cryptocurrency or not. The president also told that Western Union is examining potential methods to develop their services utilizing the Blockchain technology.

Western Union is ready today to adopt any kind of currency. We already operate with 130 currencies. If we one day feel like it’s the right strategy to introduce cryptocurrencies to our platform, technology-wise it’s just one more currency. I think cryptocurrency may become one more option of currency, or assets, around the globe to be exchanged between people and businesses. If that happens, we will be ready to launch.

According to an official blog post of Western Union, the profound understanding of global money transfer makes WU favorably placed to profit from the cryptocurrency progress in the long-term than any other new companies. Almeida further added that it will not be a big deal for WU to add a cryptocurrency to its customer options right now because the company is already been transferring money digitally for two decades. He also said that cryptocurrencies have so far disappointed to gain full recognition because they have yet to understand three elements: governance, compliance, and volatility.

The president also elaborated that there are two factors of the cryptocurrency. The first one is the digital currency itself and the second one is the technology behind the cryptocurrency known as blockchain. Blockchain provides storing and transferring data about businesses in an adequate and efficient system. There are many inherent applications for the financial services sector, and WU is investing in discovering those that perfectly suitable for their platform. Lately, WU partnered with Ripple Labs to examine whether transferring payments by blockchain was quicker and less expensive. The tests are open-ended.

Just a few days ago, The Bill & Melinda Gates Foundation had associated with Ripple Labs Inc. and blockchain startup Coil to deploy and expand the Interledger Protocol. This was announced on Twitter by the Foundation’s Deputy Director and Principal Technologist Miller Abel on Oct. 17.

Interledger is an interoperability order that grants amounts over various crypto channels. The technology was originally co-developed by former Ripple CTO Stefan Thomas while he was still with the shared ledger payments company. The identical protocol now being utilized as the foundation of Coil.

Apart from the application of Ripple’s Interledger Protocol, which is created to combine various cash ledgers and allow the high-speed processing of cross-border alterations, the company is set to examine the methods Mojaloop can support such as pro-poor payment systems.

Bill & Melinda Gates Foundation (BMGF), also identified as the Gates Foundation, is an organization established by Bill and Melinda Gates. It was started in 2000 and is said to be the biggest private foundation in the United States, holding US$50.7 billion in assets. The primitive plans of the organization are, globally, to improve healthcare and defeat total poverty, and, in the US, to develop educative possibilities and introduction to information technology.

Monero was always a highly controversial cryptocurrency, mostly associated with criminals, illegal activities, and the dark side of the web. …

In the past month, the cryptocurrency market was a highly discussed topic among investors, tech enthusiasts, and normal internet users. …

This Token EXPLODED 107% in 24 hours! Why buying it today has a MIND-BLOWING potential

The search for the next “Bitcoin” never ceases to stop among cryptocurrency entrepreneurs. They delve themselves into reading about new …