Today, we heard about PayPal supporting the buying and selling of cryptocurrencies in its platform.

PayPal customers will also be able to use cryptocurrencies to shop at the 26 million merchants on its network starting in early 2021, the company said in a statement.

The first services offered will be introduced to U.S. customers in early 2021 allowing them to pay using BTC, ETH, BCH, and LTC initially. The entire cryptocurrency market reacted positively to the announcement, gaining around $22 billion in total market capitalization.

Although XRP has been lagging behind BTC, ETH, and others, it seems that it’s starting to pick up its pace.

Of course, the outlook for XRP and many other coins flipped bullishly. However, XRP bulls are still facing a critical resistance level at $0.255 which almost coincides with the 100-SMA on the daily chart. 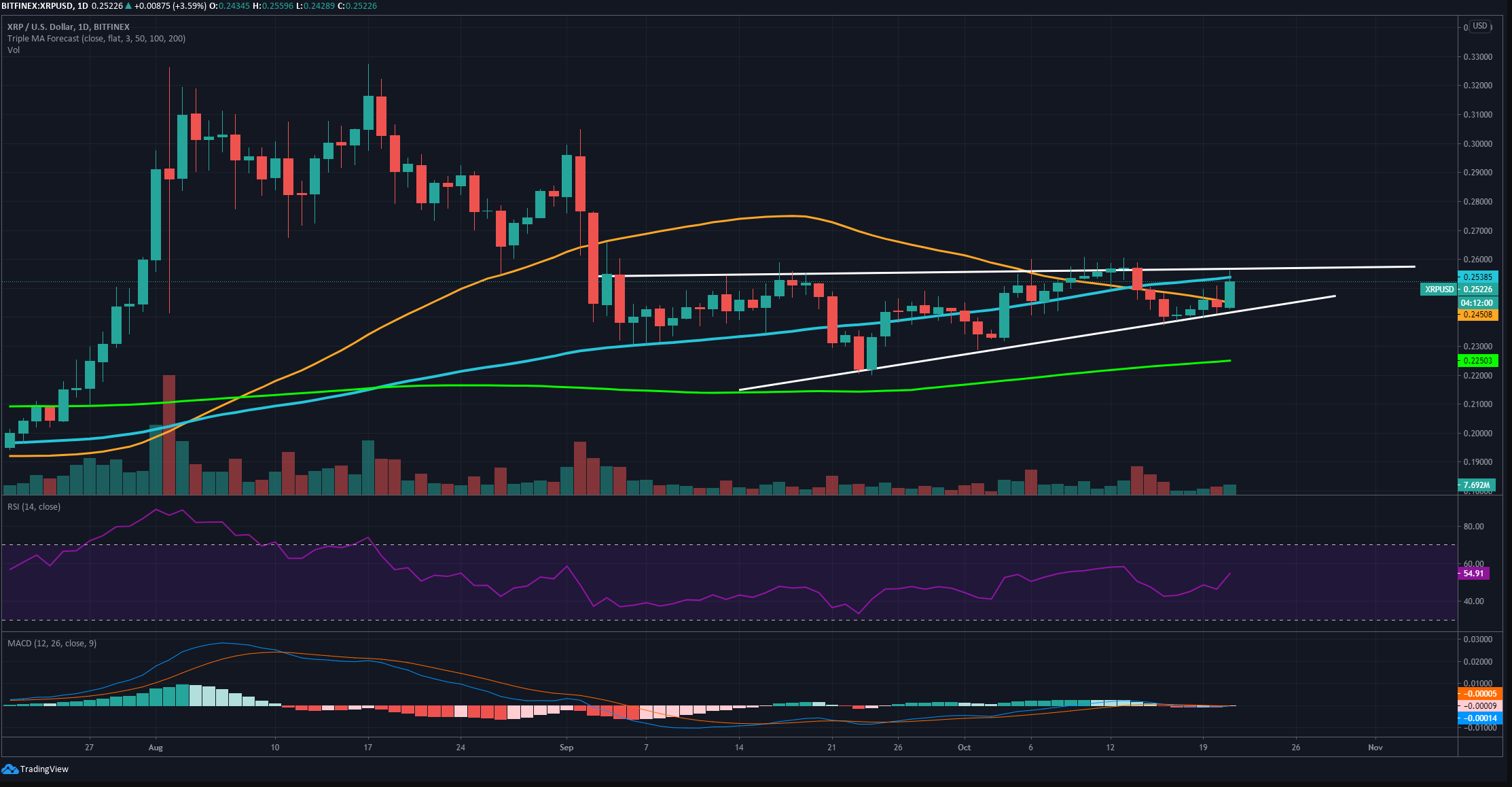 The MACD is on the verge of turning bullish while the RSI remains at 54 and will not pose any threat to the bulls or bears. The current price of XRP is $0.251 after a daily low of $0.242 before the spike.

The digital asset managed to climb above the 50-SMA turning into support and it’s now eying up the strong resistance level at $0.255. A breakout above this point can easily drive the price of XRP towards $0.28 and even $0.30 as there isn’t a lot of resistance to the upside.

Similarly, the long-term looks very positive for XRP. The last move hasn’t changed much, however, bulls were already able to establish several higher lows from the low at $0.11 in March 2020. They also formed two clear higher highs which confirm a weekly uptrend 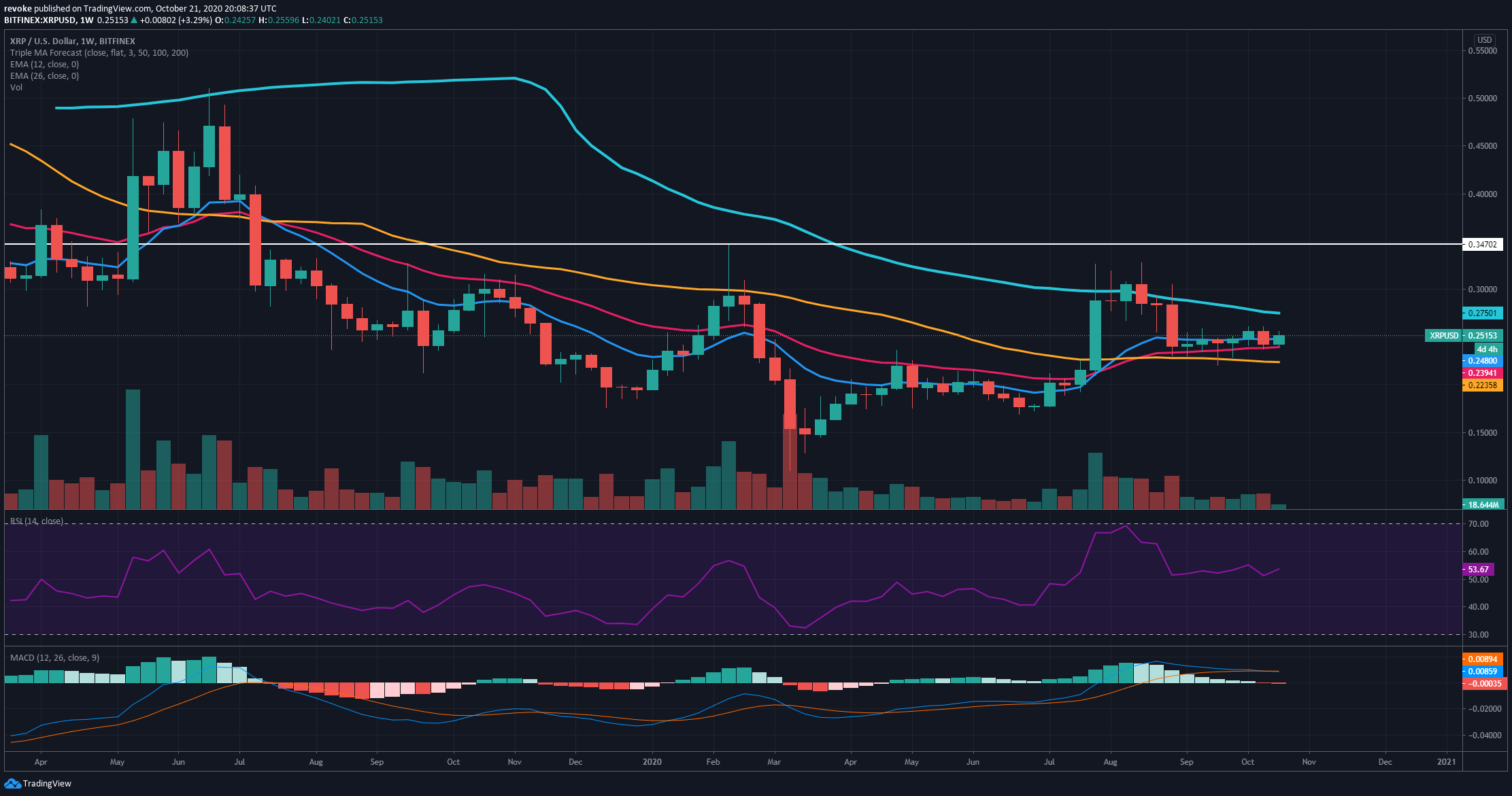 The 50-SMA is currently used as support and the 100-SMA is the resistance. The MACD turned bearish two weeks ago but will most likely flip bullish again after the recent price action.

The 26-EMA and the 12-EMA were turned into support levels this week and bulls hope to close above both. The trading volume of XRP has been declining since July 27 which indicates that a bigger move is bound to happen sooner than later.

Considering how bullish the entire market is, bulls are eying up $0.275 as the next price target followed by $0.30. A bearish breakout below the 26-EMA at $0.239 would shift the odds in favor of the sellers. 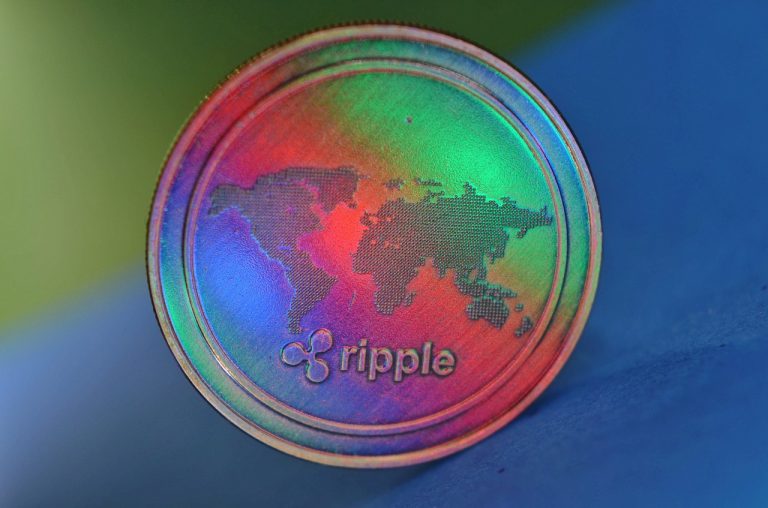 Ripple (XRP) Price Suffers A Massive Blow Down to $0.23