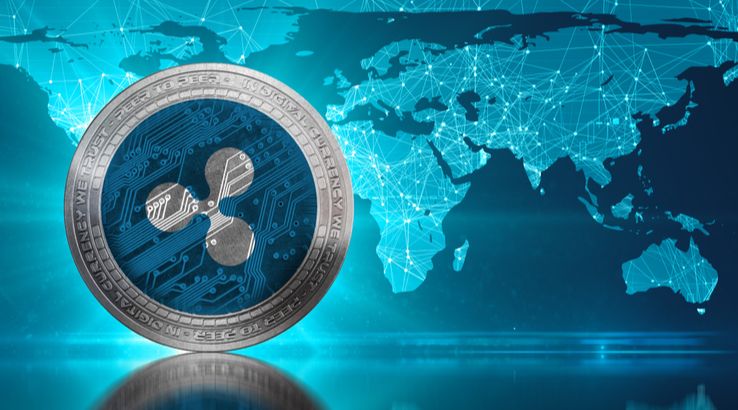 Mr. David Schwartz, Ripple’s Chief Cryptographer, did a live demonstration of Rippe’s xRapid at a recent event. He was able to complete a full international transaction in only two minutes (if you’ve ever had to do one of those, you’ll know it usually takes from three to four days).

Ripple’s coin is currently around $0.62. Ripple has been in the news quite frequently lately because of their Xpring initiative (which is an entrepreneurial incubator of sorts) and the success of the xRapid pilot.

The xRapid live demo for international transactions and cross-border settlements

It happened at Consensus 2018 last week. The Consensus is a conference sponsored and organized by Coindesk on the subjects of cryptography and cryptocurrencies. A recently released video from Mr. Scwartz’ presentation shows a demo in which the whole transaction is completed, live, in a concise period.

xRapid is one of Ripple’s solutions. It’s designed to make international transactions and cross-border payments quick, reliable and safe. It uses the XRP ledger to complete those operations, and it allows for settlements to be completed in fewer than three minutes, receipt included.

Ripple is one of the most popular projects in the cryptocurrency world right now. It’s been very successful in creating partnerships that bring their products (xVia, xRapid, xCurrent) into the real world.

It’s taken huge steps towards mass adoption as more and more banks an financial institutions realize it provides them with value, saves them time, red tape, and money.

It should be made clear that Ripple and XRP are not the same things, linked as they are. Ripple is the corporation behind XRP, and it provides several technologies for financial services.

But these technologies can transact in a variety of crypto and fiat currencies, users (banks in this case) do not need to deal in XRP to get most of the technology’s benefits. The only unavoidable link between the platform and the coin is that transaction fees must be paid using XRP.

Ripple’s team is striving to provide real-life services and uses that will give value to their customers thus increasing demand and value for XRP. Its current market capitalization is at twenty-six billion dollars.

The first time xRapid was in the spotlight was when it recently completed a pilot test. It was a transfer between the US and Mexico. It was very fast (fewer than three minutes), and it was from forty to seventy percent cheaper. Both things are great news for banks and bank’s clients alike.

The demonstration was meant to show a live audience how Ripple’s technology makes things dramatically faster than the currently available methods.

For xRapid to work, both financial institutions included in the transfer must be connected directly to the exchange. Then the original currency is converted into XRP before it’s converted again, this time into the destination currency.

This approach makes everything faster and cheaper in international transactions (which are usually slow, expensive, and error-prone) and you can even attach memos to the operation.

Mr. Schwartz demonstrated his product by sending 100USD to Mexico (1975 MXN). The transaction was recorded by the XRP ledger and took around two minutes only. A huge improvement over the several days it can take for this kind of payment to be settled.

Mr. Schwartz also addressed XRP’s recent volatility. He explained that it’s of no concern for xRapid users because the system can transact in several other currencies so they won’t be forced to use XRP at all. In other words, you can be an xRapid user without becoming an XRP investor at all.

This came a few days after Ripple had announced the Xpring initiative which aims to raise funds to invest in promising projects that will make use of the XRP coin and Ripple’s blockchain technology. This will hopefully create more applications that are useful in the real world and work over the Ripplenet. It should bring diversity and more users into Ripple’s community and environment.