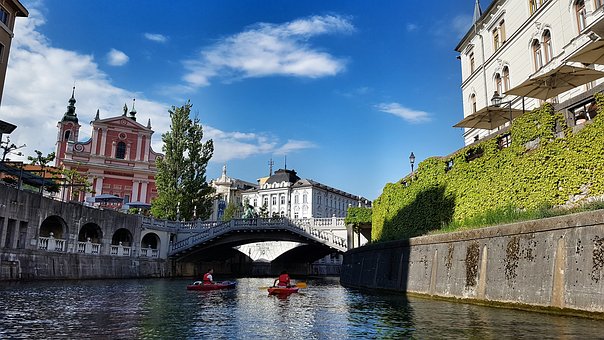 Slovenia, one of the smallest countries in the European Union(EU) has announced that its largest shopping center called as BTC City — will modify into a complete bitcoin city. It means that each and every store will accept cryptocurrency and utilize blockchain technology.

This shopping center is located in the country’s capital of Ljubljana, stretches over 1,558,398 square feet and contains over 500 retail stores. As per Bitcoin Magzine, the country’s outgoing Prime Minister, Miro Cerar, visited the site and purchased a cup of coffee using a cryptocurrency payment gateway.

“The purpose of his visit was to open the Beyond 4.0 international conference, dedicated to digital society and blockchain, and to get acquainted with BTC City’s strategy to become a Bitcoin City”

BTC City, founded in 1954 is one of the largest business, shopping, entertainment, recreation and cultural centers in Slovenia. Located just 3 km from Ljubljana city center and 200 m from Ljubljana ring road, it offers world-famous fashion stores and brands, wide selection of sports gear and equipment, shops for children to small stores and much more.

The BTC City is the concept of a fintech start-up called Eligma which has created an innovative point of sale system to convert the shopping complex into a veritable BTC city. In a statement, Eligma explained that the complex is a business and shopping ecosystem which is based on the latest technological solutions which include blockchain, artificial intelligence and cryptocurrencies.

“Bitcoin City will create an open society which will enable users to pursue their missions as well as develop their business environments in line with their wishes, needs and operating policies”

Eligma’s digital currency exchange framework Elipay is being installed in few stores. Arranged all through the premises are likewise a few one-way digital currency ATMs, alongside the Blockchain Think Tank and what officials call the greatest crypto mining rig in Slovenia.

“The development of BTC City into a bitcoin city is an important step toward the realization of BTC’s openness-oriented strategy, providing its customers and business partners with both freedom and choices regarding their purchases with new forms of payment.”