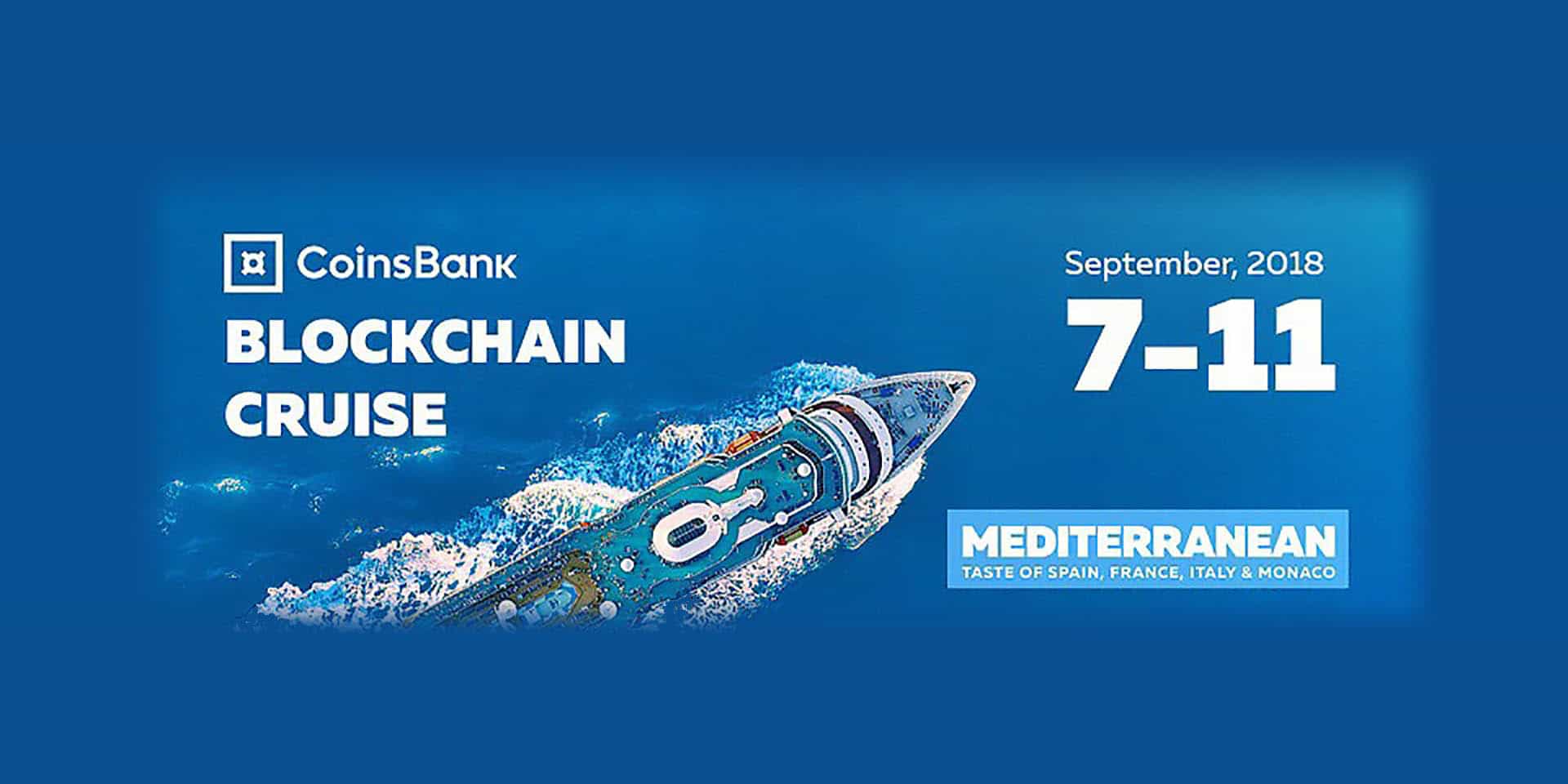 The recently concluded CoinsBank Mediterranean Cruise 2018 was a grand success overall with tremendously positive responses from its attendees, investors, and sponsors. The one of a kind cruise had over 2,500 renowned attendees representing over 55 countries and sailed on a beautiful voyage from Barcelona to Monaco and Ibiza before eventually returning back to Barcelona between the September 7th and 11th. With a previous successful cruise organized in Asia and the Caribbean by them last year, this is not the first blockchain cruise event hosted by CoinsBank.

The event consisted of some of the biggest names in the industry such as John McAfee, founder of McAfee Security, Charlie Lee, creator of Litecoin, Miko Matsumara, cofounder at Evercoin, and Bobby Lee, cofounder of BTCC and board member of the Bitcoin foundation. 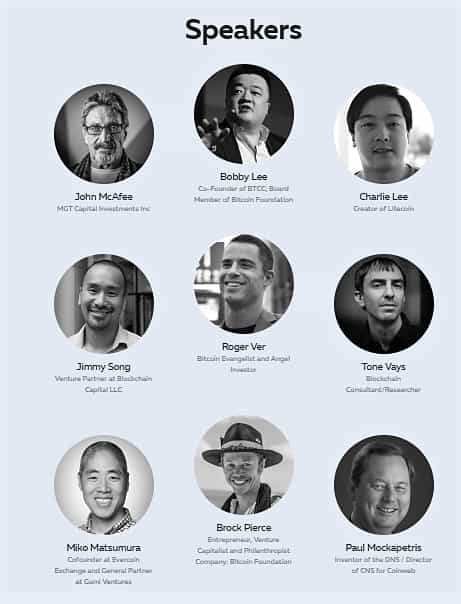 Some of the speakers who attended the CoinsBank Blockchain Cruise Meditterranean

CryptoTicker was one of this year’s events’ media partners and were present aboard the ship to report live updates as they happened. Roger Ver, Bitcoin Cash evangelist, and the well-known Bitcoin writer Jimmy Song of ‘OffChain’ had held a series of public debates about Bitcoin Cash earlier this year. They gave outstanding talks highlighting their opinions on Bitcoin Cash, a hard fork from the world’s most well-known cryptocurrency, Bitcoin. The name has inspired hope, fear, and criticism alike with its dramatic rises and falls in profitability in the last year. 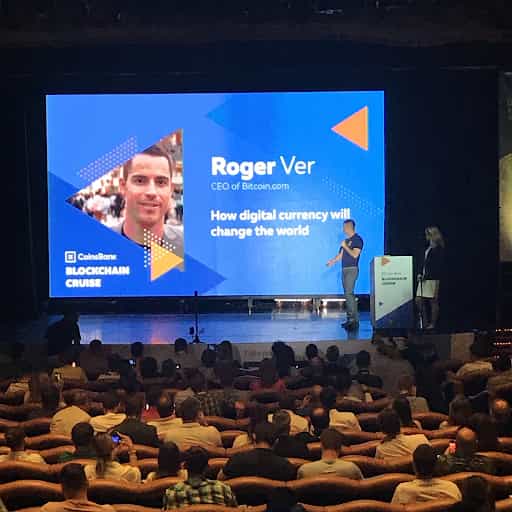 Roger Ver, CEO of Bitcoin.com, giving his keynote on “How digital currency will change the world”

Also present at the event was British-American security expert and founder of McAfee, John McAfee. He gave his keynote on “Mass adoption of crypto” as the Chief Executive Officer (CEO) of MGT Capital Investments Inc, which was well-received by the audience and press alike. John McAfee is well-known in the cryptocurrency market for his contributions to various projects, stellar predictions on various cryptocurrencies, as well as his exhorbitant charge for token promotions. He was recently appointed as the Chief Operating Officer (CEO) of Luxcore (LUX). He said about release that, “I agree to be the new CEO of Luxcore. They have worked extraordinarily hard behind the scenes. Soon, we will announce the latest blockchain features that we have all been waiting for. Still, I will lead McAfee on its discovery journey.”

The entire cruise vessel was reserved for the CoinsBank Blockchain Cruise members and consisted of restaurants, open mic stages, conference halls, party floors, glamorous outdoor decks, and viewing areas. Attendees, exhibitors, sponsors, and media partners were able to have 4 non-stop days of learning, networking, and meeting like-minded individuals in a wonderful setting, truly masked from the outside world. The response of various attendees has been stellar and CoinsBank will be organizing more such cruises in the near future following its past successes. 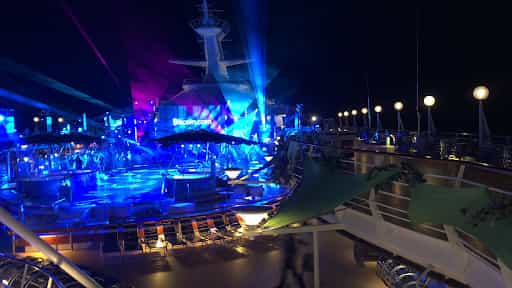 The beautiful outdoor deck lit up at night

Buzz around the upcoming C3 Crypto Conference in Berlin

Within this conference, a lot of crypto pioneers such as John McAfee, Miko Matsumara, and Brock Pierce were seen holding a tiny “Bitcoin” which actually represented the C3 Crypto Conference, an annual conference held in Berlin that brings together leading crypto experts, investors, and interested parties to learn about the latest innovations. The C3 Crypto Conference held its inaugural event on the 5th to 6th April of this year which was a grand success and was organized by Dennis Weidner, who also is the CEO & founder of Paranoid Internet GmbH, an interactive marketing agency focused on advancing the blockchain industry. 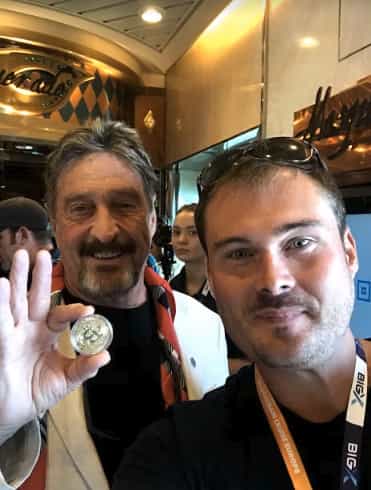 John McAfee and and Dennis Weidner with the C3 Conference “Bitcoin” 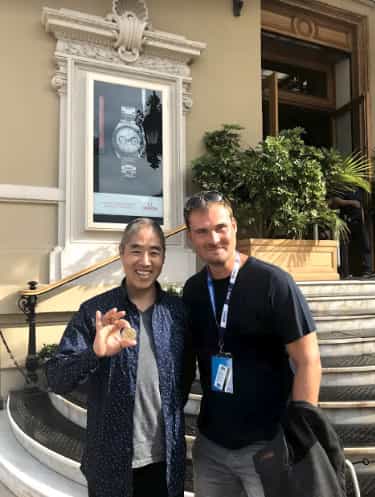 Miko Matsumara and Dennis Weidner with the C3 Conference “Bitcoin”

This mediterranean voyage is very much representative of the blockchain community around the globe, a group of enthusiastic visionaries who think and express themselves differently from the mainstream tech community. The concept of a blockchain cruise conference may have seemed absurd to traditionalists a few years back, but CoinsBank had managed to pull it off time and time again with their team of organizers. Stay tuned for upcoming C3 Crypto Conference by following their progress here.

Top Countries In The World With Crypto ATMs

New ways to buy and sell crypto are being developed everyday. In this article, we will be looking at ways …