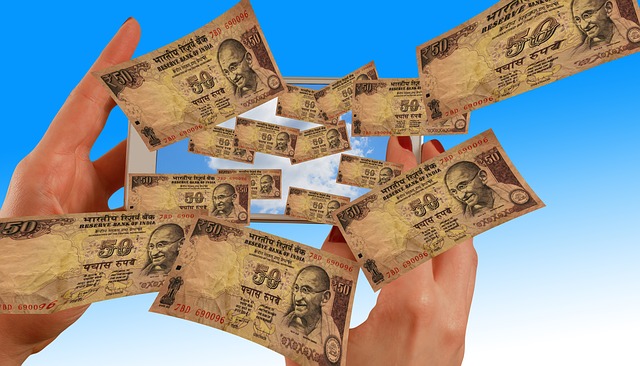 India is one of those countries which has been really strict with cryptocurrency. The central bank has banned any bank from dealing with businesses which are involved in crypto directly or indirectly. This has brought the crypto community in the country almost to a standstill, with businesses being unable to process payment to their customers. Ever since the order from the RBI (Reserve Bank of India), businesses within the country have been waiting for some regulatory framework from the side of the government, and it seems after a delay of almost a year, the draft regulation will be made public soon.

There was a lot of controversy over the ban by RBI, the ban was brought forward without much consultation. Also, another point of contention was that the ban was blanket, making it impossible to deal with crypto in any manner. Many in the industry were shocked by the announcement as there were no warnings. Although a lot of the restrictions were overcome using peer to peer platforms, the ban still stifles growth and investment into the sector. The ban by the central bank has gone under many challenges from people voicing their discontent over social media to fighting it on the supreme court.

After more than one year of analysis and deliberation, the report containing the recommended regulatory framework for cryptocurrency in India is now ready to be submitted to the finance minister, according to local media. The new finance secretary, former Secretary of the Department of Economic Affairs (DEA) Subhash Chandra Garg, reportedly confirmed its readiness at an event hosted by the Associated Chambers of Commerce and Industry of India on Thursday. On the cryptocurrency regulation, Garg said that the report is ready. The finance Secretary was quoted as saying:” We will submit it to the finance minister (soon). Of course, once the approval is done, it will be made public”. Garg heads an inter-ministerial committee instituted to study all aspects of cryptocurrency and draft the country’s crypto regulation. Included on the committee are representatives from the Ministry of Electronics and Information Technology, the Reserve Bank of India (RBI), the Securities and Exchange Board of India, and the Central Board of Direct Taxes. This draft regulation was supposed to be ready in July last year but got delayed due to unspecified reasons

According to a report by the Economic Times, we could expect a ban on cryptocurrency soon. The paper claims to have gained access to the minutes of a meeting conducted by the inter-ministerial government committee, and according to the minutes, it says “of the view that already there is a lot of delay in taking action against cryptocurrency. There is an urgent need to ban [the] sale, purchase, and issuance of cryptocurrency”. Another hint of the ban came from a discussion on Rajya Sabha(India’s upper house of parliament) TV in an episode of “Policy Watch”. There was a discussion on the government’s decision to propose a ban on cryptocurrency. Guests on the Friday episode included Mohd. Haleem Khan, a former secretary, Ministry of Finance who was quoted saying “The issuance of currencies is a sovereign act … any currencies issued by anybody else come to that level of counterfeit currency.”  All of this is creating a sense that there is an impending ban coming soon

The sense of an impending ban by the government has created a sense of unrest among the crypto community, who are in many ways desperate as the options to fight the government is drying up. Speculation and fear are spreading, this has prompted Blockchain Lawyer founder Varun Sethi started a petition on Change.org on June 15 addressing the Department of Economic Affairs and the country’s central bank, the Reserve Bank of India (RBI). As of now, more than 2000 people have signed up for this petition. From the Indian perspective, the petition is not going to have any impact over the government’s decision, but at least it is a way for people to know their discontent.

The Indian government’s attitude towards crypto is that it is an illegitimate currency that violates its sovereignty, most likely the complete ban on crypto is going to continue. Although what we know are completely rumors and leaks there is much to be positive or hopeful about. The delay of one year shows how lax the government is when it comes to crypto. But crypto always finds a way and there is no clear way to enforce any kind of ban. It will move to some other country or manifest in some other form. If the Indian government does legalize crypto, it would have to be a miracle for the South Asian crypto community.
Follow us on Twitter, Facebook, Steemit, and join our Telegram channel for the latest blockchain and cryptocurrency news

Can Cryptocurrency be Regulated?

Cryptocurrency market is relatively new and still maturing. Its largely unregulated currently, which is why its heavily manipulated. Even though, …