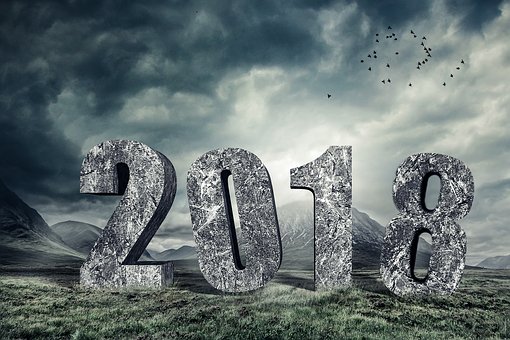 The blockchain/cryptocurrency world cannot be considered just as a revolution. It is a shift in power from centers to the edges of the mesh. If you’ve missed the top stories of this year, this post provides a comprehensive look at the stories that made headlines. A lot has happened in the cryptocurrency and blockchain world. Here is a quick round-up of 2018’s top 10 biggest news you may have missed:

In the month of Jan 2018, in what had been earlier identified as a scam and Ponzi scheme, Bitconnect finally submitted their lending and exchange platform following pressure from regulatory bodies. When Bitconnect (BCC) launched their ICO in late of 2016, they earned a substantial amount of attention from the crypto community. After quickly rising to $1 at the start of 2017, the firm then skyrocketed up to nearly $286 in early November the same year. Along the way, however, the company was also the center of much controversy. The Texas State Securities Board (TSSB) ultimately lanced a Cease and Desist order against Bitconnect on January 4, 2018. The order outlined the mechanism in which the firm was recruiting “associates” and having information about the company to be disseminated via all forms of social media.

In the month of February 2018, Coinbase users described witnessing thousands of dollars in repeat shade charges after buying cryptocurrencies from the crypto exchange. One person reported having 50 repeat charges – totaling $US67,000 – hit their credit card at once. Coinbase had authenticated that it had a problem with its credit card processor and would secure that its customers got their money back. Visa and Wordplay, the credit card processor, published a statement clearing Coinbase of charge in the situation. Many Coinbase customers saw some unusual transactions taking place on their accounts. Some of these unauthorized transactions were so extreme that it depleted the users’ bank accounts, resulting in hefty overdraft fees.

In the month of March 2018, the world’s largest cryptocurrency exchange, Binance, announced that it is planning on opening an office in Malta. Founded in the year 2017 in Hong Kong by Changpeng Zhao, the exchange moved its operations to Japan in response to China’s ban on crypto activities. Malta is a small island off the coast of Italy in the Mediterranean Sea but has already established acceptance of the big tech ideas coming out of the Blockchain space and the greater applications of Digital Ledger Technology (DLT).

Pavel Durov is the founder of VK (the Russian social media site that dominates the social media market in Russia, and other Slavonic countries), and also founder and CEO of Telegram Messenger, which is a cloud-based instant messaging system based in London. In the month of April 2018, Mr. Durov published a message on his Twitter account letting his followers know that overheating issues in one of Telegramś’ cluster servers were slowing communications down in Telegram Messenger but that the problem would be solved in only a couple of hours.

Then a new message was published in Mr. Durov’s account claiming that Mr. Durov was giving away 5000 ETH coins, and 1000 BTC coins as a way to thank his followers for the support Telegram enjoys. On the next day, Cointelegraph’s BlockShow made it clear that Mr. Durov is not giving away any altcoins for free, and that users are advised to keep away from the scammers as well as the links they provided in the Tweet.

SamSam Ransomware Has Made Bitcoins Worth $6 Million

SamSam, a new kind of ransomware made bitcoins worth $6 million. In the month of August Cybersecurity firm Sophos had released a research paper which stated that SamSam’s creators have earned more than US$5.9 Million since 2015. SamSam ransomware uses a brutally minimalist, manual approach to target and compromise victims. According to research, in this attack hackers use different built-in Windows tools to escalate their own privileges, then scan the network for valuable targets. They want username/passwords whose privileges will let them copy their ransomware payload to every machine – servers, endpoints, or whatever else they can get their hands on.

In the month of October 2018, Ripple xRapid, a cross border payments product that minimizes liquidity costs was released by Ripple and it is now commercially available. The announcement was made at Ripple’s annual two-day conference, Swell by CEO Brad Garlinghouse. xRapid removes the demand for a pre-capitalized Nostro account when performing a cross-border payment.

It creates liquidity from XRP on exchanges all over the world. Due to this, cross-border transactions happen in minutes and at a lower cost compared to traditional solutions. Traditional methods take days to complete cross-border payment transactions and take high foreign exchange fees. This is the first time that XRP will be used in a commercial application by financial services firms.

The Bitcoin price saw the year’s biggest downfall and displayed the price below $5,000 for the first time in the year 2018 as the crypto market remained to plunge.

The Bitcoin price dropped as deep as $4,754, noting a 14% decrease in a 24-hour span. Bitcoin price was declining since the start of the year but in the month of November it collapsed by more than 21%. It dropped as low as $4,712 the lowest position since May 2017. Other influential cryptocurrencies ethereum and XRP declined by 12% and 4% respectively. Bitcoin started falling in the month of October after months of pertinent stillness. The price had been running in the $6,400 range in the month of October 2018.

On 16 November, the Bitcoin Cash network started its second proposed semi-annual hard fork since the cryptocurrency divided from the original Bitcoin blockchain. Unlike the earlier contract upgrade, however, this fork was controversial, with expansion teams starting two racing, inappropriate BCH implementations. This war was principally drafted as a competition between users (BCHABC) and miners (BSV), with the following boasting as much as three-quarters of the hash rate in the days leading the separation and intimidating to utilize this better hash power to gain the most accumulated Proof-of-Work (PoW).

NASDAQ To Launch Bitcoin Futures Despite The Bear Market

Nasdaq has been interacting with the Commodities and Futures Trading Commission (CFTC) to obtain regulatory permission to work as an acquiescent cryptocurrency futures market operator. The U.S. Commodity Futures Trading Commission (CFTC) is an autonomous bureau of the US government founded in the year 1974, that regulates futures and options markets.

G20 countries have shown their plan to start acting on a solution to the matter of cryptocurrency taxation and regulation. The countries have agreed to regulate cryptocurrencies in the G20 conference. The joint declaration was signed by all G20 countries. They admitted that the modern multilateral trading regularity is falling short of its objectives and established fundamental reform of the World Trade Organization.