Decentralization Market Exchange- Why Should You Care 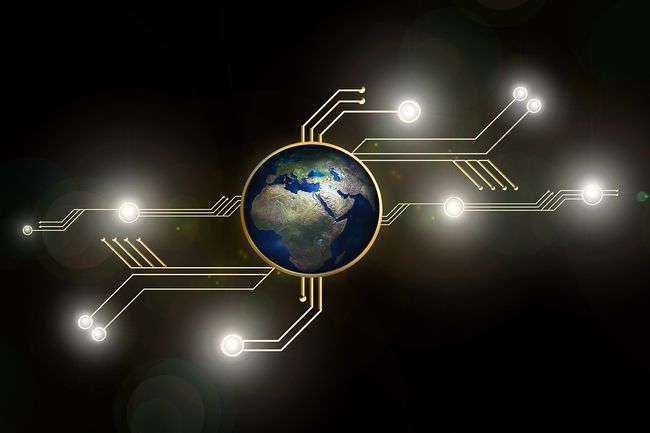 For any exchange to operate, four pillars must be in place; capital deposits, asset exchange, order books, and order matching. All of these functions must be decentralized to create a decentralized exchange (DEX).

In a decentralized exchange system, the business is automated. In other words, trades are controlled and conducted by users. This is because assets are cryptocurrencies deployed on the blockchain that no central entity can control.

The capital deposits, however, are centralized. This is because of the Know Your Customer (KYC) and Anti-Money Laundering (AML) regulations. Exchanges are required to get the user’s credentials for capital deposits. As a result, it will create a centralized record-collection and data storage of personal information. In summary, centralized exchanges allow users to transact currencies by creating a permissionless environment. At the moment, Blocknet (BlockDX) is the only decentralized exchange. The rest seems not to decentralize the four pillars.

Are there Types of Decentralized Exchanges?

Many exchanges operate on transacting currencies. There are two fundamental exchange models; the currency-centric and currency-neutral. Each of them can be centralized or decentralized subject on how each handles the four functions.

This structure is designed to connect different native cryptocurrencies. In other words, users are not bound to any specific currency environment. Traders can trade cryptocurrencies on the platform without a coin underlying that exchange. So, it functions as a third-party because it is not fully peer-to-peer. Flyp.me, altcoin.io, and Bisq are examples of these models.

These latest projects permit safe matching and handling order books in a decentralized way using blockchain. An exchange is a group of users. Thus, there should be a means to broadcast and match orders. For order matching, atomic swaps are the trustless trading. Still, nuclear exchange alone can’t create a reliable market because it operates from one specific peer to another. And not broadcast to anyone on the system.

When a trade is made in a single, operation, or atomic, that is a nuclear swap as opposed to two distinct transactions (that is, you send one coin, and you wait for the receiver to send another coin). Smart contracts facilitate the process since they act as a trusted escrow holding onto one currency till the other party sends their money as well as when both coins are released.

Advantages and Disadvantages of decentralized Exchanges

No central jurisdiction can abolish currencies or the exchange itself. Neither, it can impose regulations forcefully. In other words, decentralizations create censorship-resistance. This is significant now that some countries are abolishing cryptocurrency trading. China and India have entirely banned cryptocurrency exchanges. Brazil, Mexico, Russia, and Saudi Arabia got laws restricting cryptocurrency.

Intensified security is another merit of DEX. Each subscriber in DEX has a private control of their assets. As such, there is no central point of attack. Epic security attacks like the $470 million stolen from Mt. Gox was because of the centralized hot wallets that were targeted. Be it as it may take several exchanges to claim to have a decentralized system but their centralized platforms are vulnerable to criminals.

Bancor is one system that claims to have a decentralized protocol yet recently around $23 million was stolen from it. It responded with a freezing mechanism into their contract.

With no third-party authenticator, DEX facilitates faster and cheaper transactions than a centralized exchange. At the moment, this is theoretical and is yet to be proven by exchanges.

DEX uses Smart Contracts to enable transactions. It uses contracts such as escrow to ease peer-to-peer transactions. If the deals are secure, the exchange will benefit from the cryptographic security of the underlying blockchain. Nevertheless, Smart Contracts got several vulnerabilities including overflows and underflows.

Some decentralized exchanges require users to be online for them to be listed and trade to occur. This requires buyers to discharge activities like prompt the received payment.

Decentralized systems lack liquidity compared to the centralized ones. Worst of all, there is no user support, and the UI is poor. It can’t attract the mainstream user base. On some occasions, network decline some transactions.

Some trading features like stop loss, lending, and margin trading are not available in a decentralized system. It only permits the primary exchange of currency for a predetermined value. As of now, they are not user-friendly.

Why It is Challenging to Adopt DEX

Authorities such as regulatory bodies and taxation have no power over DEX without central processing of the exchange functions. If DEX were to replace all centralized systems, hundreds of billions would vanish the taxation scope and regulatory bodies. In other words, platform users rather than tax-seeking bodies will take control of the funds.

These authorities have laid down rules and are putting in efforts to stop the blockchain revolution. They want to have total control such as India and China banning crypto trading.

The use of government-run cryptocurrencies without transparency is another scheme of maintaining control. A good example is the asset-backed petro cryptocurrency of Venezuela.

Many exchanges are defending their centralization saying it speeds up development. However, most of them are moving towards the decentralized model. Above all, whether the claims are right or wrong, it’s up for the debate. If the allegations are proper, the entire protocol will have to be drafted to shift to decentralization.

The Future of DEX

You might conclude that DEX is not successful after reading the drawbacks. In my opinion, DEXs is the only avenue that will help cryptocurrency to survive and thrive. The benefits that come with DExs will suppress the shortcomings.

Events witnessed in the crypto ecosystem like Korea, Russia, and China ban are figuring out on how to develop on DEXs. This transition has led to swift expansion. There are several DEXs projects that are in different development stages. Some of them include Ox, AirSwap, OmegaOne, Bisq, Cryptobridge, and EtherDelta.