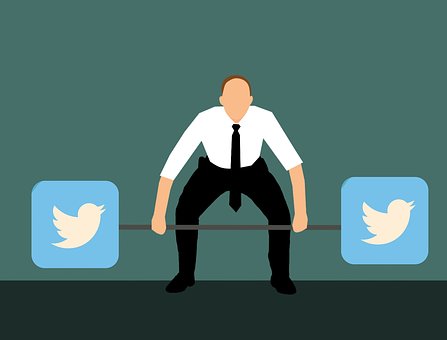 Twitter is one of the excellent places to follow blockchain and cryptocurrency news. Prominent leaders, blockchain experts, and top crypto exchanges have a Twitter account. These people and organizations have a deep influence on Twitter, with thousands of followers following them for the latest in market news and improvements. Follow these 10 cryptocurrency experts for interpreted market charts, views on news pieces and the current state of the crypto world.

Vitalik Buterin is a Russian-Canadian programmer principally known as a co-founder of Ethereum and as a co-founder of Bitcoin Magazine. ETH aims to build a next-generation smart contract and decentralized application platform that enables people to build any sort of decentralized application on top of a blockchain that can be perceived. His tweets are engaging and usually intended to create discussion.

Here is a VCR (Vitalik Curated Registry) of all of my active social media accounts:https://t.co/oDWViPcy3hhttps://t.co/VRy3MjICIjhttps://t.co/owiClvuf42

There may be a few smaller ones but nothing mainstream. Everything else I either don't use or is a scam.

Andreas M. Antonopoulos is an author, speaker, educator, and one of the world’s leading bitcoin and blockchain experts. He is recognized for giving dynamic tittle-tattles that connect finance, psychology, technology, and game theory with modern issues. He is a teaching associate with the University of Nicosia, works on the Oversight Committee for the Bitcoin Reference Rate at the Chicago Mercantile Exchange.

Open blockchain systems like #Bitcoin have a very steep learning curve. We're so used to looking for some authority to tell us what will happen or what is true, but it is you who will get to choose how these systems evolve. https://t.co/v936HOFfkI

Nick Szabo is a computer scientist, legal scholar, and cryptographer recognized for his study in digital contracts and cryptocurrency. He invented smart contracts 14 years before Bitcoin. Satoshi Nakamoto recognized that Bitcoin was based on Nick’s work, but many consider that Satoshi is, in fact, Nick Szabo.

Charlie Lee is the inventor of Litecoin, a peer-to-peer cryptocurrency, and open source software project released under the MIT/X11 license. Lee formulated Litecoin while working at Google, where he served as a Software Engineer. His work for the Google involved writing code for Chrome OS.

Ever since MtGox announced Litecoin support in 2013 and failed to deliver, I've been on a mission to get LTC added to exchanges to help increase liquidity.

Jameson Lopp is the infrastructure engineer at Casa, creator of statoshi.info and founder of bitcoinsig.com. Jameson is an investor in bitcoin. His goal is to spread knowledge of cryptosystems and liberating technologies. He is one of the leading cryptocurrency experts.

Q: What have I gotten myself into?
A: Nobody knows.

Jed McCaleb is a programmer and entrepreneur. He is a co-founder and the CTO of Stellar.org. Before Stellar, he founded and served as the CTO of the company Ripple until 2013. His tweets are limited but emphasize the relevant updates from Stellar on the idea to crypto’s mass enactment.

Super excited to be working with keybase! https://t.co/Co81Kx6nF3

Gavin Andresen is a software developer best recognized for his association with bitcoin. In the year 2010, he became interested in creating products for the bitcoin market and was declared by Satoshi Nakamoto as the chief developer of the reference implementation for bitcoin client software. In 2012 he established the Bitcoin Foundation to promote and train the development of the bitcoin.

Tether is back at $1, but I’d still like to read an insider’s post-mortem of what happened. Did they expect the peg to fail for that length of time? Could it happen again? https://t.co/axoz0eePNl

Joseph Lubin is a Canadian businessperson. He has founded and co-founded various companies such as Ethereum, a decentralized cryptocurrency platform, and a software-production studio ConsenSys. As of February 2018, Forbes calculated Lubin’s net worth between one to five billion dollars.

This week at @WebSummit, @Kaleido_io dropped some huge news in announcing their #Blockchain Marketplace. In collaboration with @ConsenSys and @awscloud, they've released plug-and-play components that make setting up business networks close to effortless. https://t.co/SR7UsTGxTE

Changpeng Zhao is the founder and CEO of Binance, the world’s biggest cryptocurrency exchange by trading volume. He was earlier a part of the team that formed Blockchain.info and also worked as a chief technology officer of OKCoin. Binance can process 1.4 million transactions per second or more.

If you target a niche market in only one fiat currency, you unnecessarily limit your market size. While you can target the same niche, in crypto, you get 180 countries at the same time. 180x! Easy decision.

Roger Ver is an initial investor in bitcoin-related startups. He has been a pre-eminent advocate of bitcoin enactment and saw bitcoin as a medium to promote economic independence. He now supports Bitcoin Cash, a hard fork of the cryptocurrency built with the purpose to settle concerns such as high fees and long transaction verification times.

In the speculative crypto world, anyone can pretend to be a cryptocurrency expert, but it’s not always simple to distinguish the legitimate influencers from the wannabes. In this list, there are some well-known personalities developing the future of the industry. Others are low-key insiders that are seemingly just riding the crypto wave.