Bitcoin is currently trading at $10,660 after a notable breakout on the daily chart. The digital asset has been flat for the past week and a half after a major crash on September 3. Bitcoin price slipped below $10,000 several times but bulls managed to defend the crucial support level and are now seeing a bounce towards $11,000 again.

The daily chart had another strong support level at $10,253 in the form of the 100-SMA. The 10-SMA is now also acting as a support level.

Bitcoin created a symmetrical triangle pattern on the daily and 4-hour charts. The pattern broke bullish yesterday but had no follow-through price action and dipped back down. Today, bulls tried again and so far seem to be successful with a 3% price surge to $10,750 on Binance. A clear breakout of this pattern will very likely take Bitcoin above $11,000 and close to $12,000 as there are almost no resistance levels on the way up due to the magnitude of the crash. The next clear resistance point would be at $11,271 which is the 100-SMA. The RSI is also bouncing back up at 47 points currently. Trading volume seems to be increasing and the U.S. stock market is also recovering.

Today, the S&P 500 had a strong open and it’s up by more than 1.6%. Similarly, the Dow Jones is up by more than 1.4%  while NASDAQ is up 1.83%. This is bullish news for Bitcoin and the crypto market as they have been extremely correlated with the U.S. stock market.

While zooming out, we can clearly see how bullish Bitcoin has remained despite the past bearish action. Bulls have defended the closest higher low level at $8,833 and are now waiting for the next leg up of the weekly uptrend. The 10-SMA is currently acting as a resistance level but should pose no threat for the bulls. 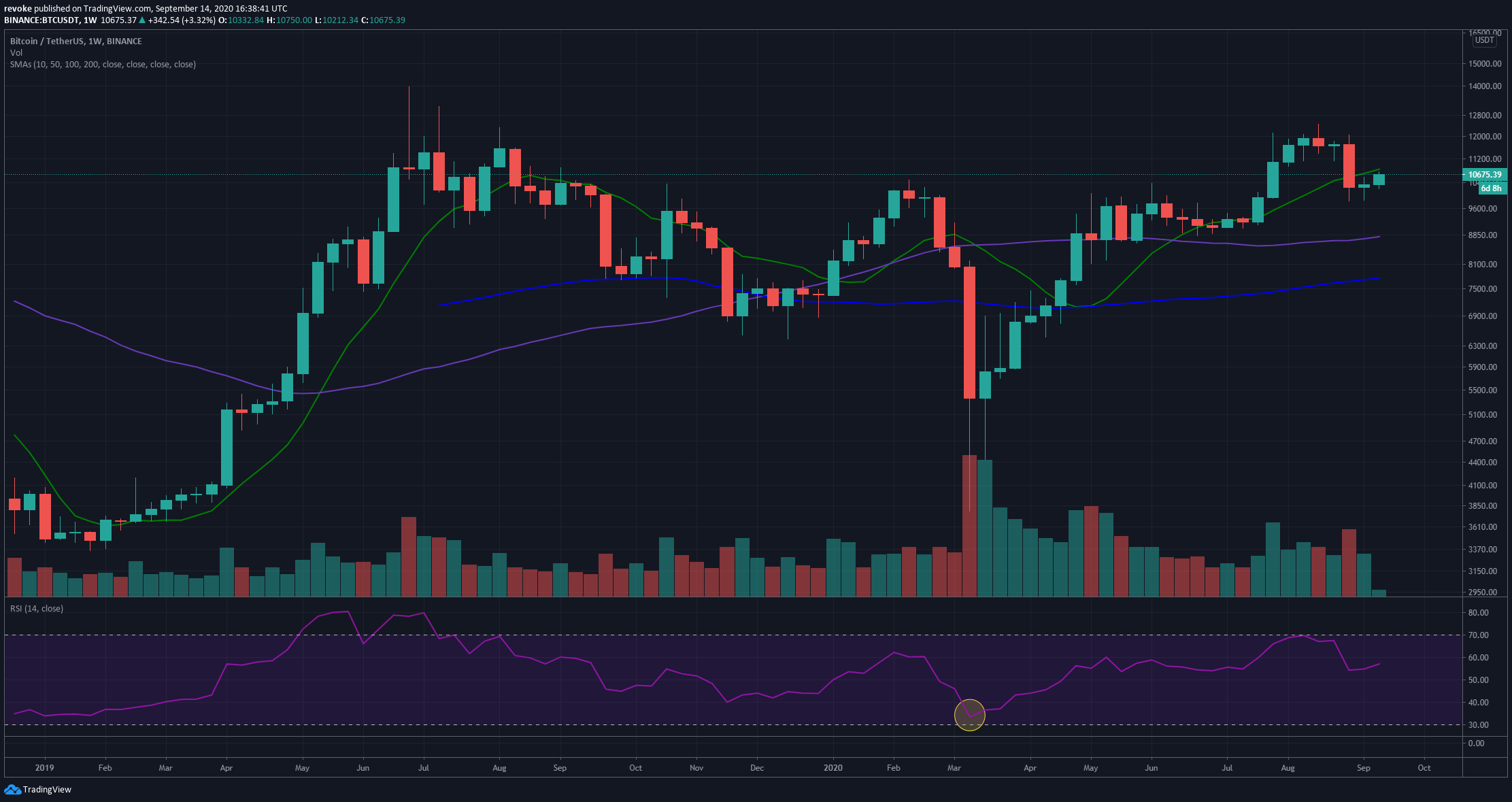 On the way up, there are practically no resistance levels besides $12,000 as a psychological level and then $13,147 and then $13,970. The RSI remains bullish as most technical indicators are still showing buy signals for Bitcoin for the long-term.