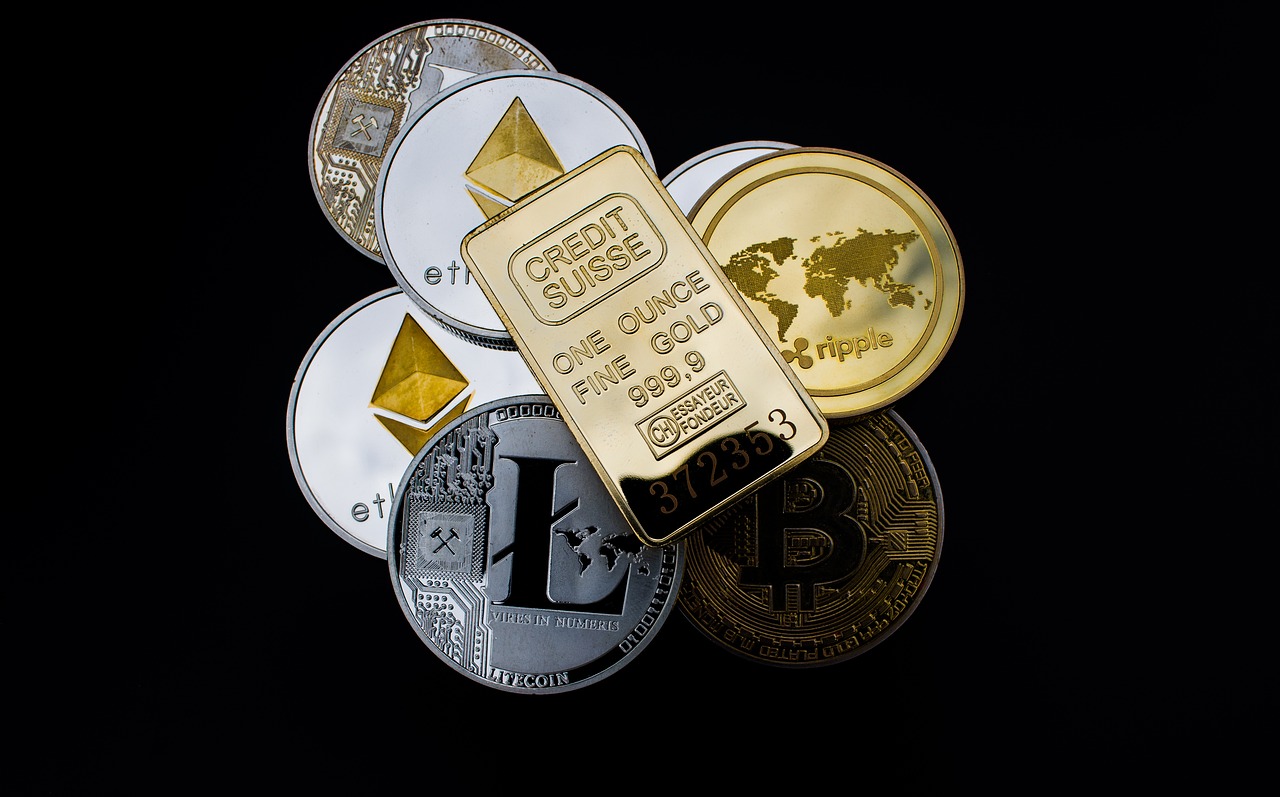 Earlier today the cryptocurrency market lost around $50 billion in market capitalization but that didn’t last long as bulls quickly bought the dip. Bitcoin dropped by almost 10% since its all-time high at $48,142 touching $43,727 today. The digital asset is currently trading at $45,000 after bulls bought some of the dip.

On a bigger scale, this is extremely healthy and represents no risk for the bulls. Bitcoin’s dominance has dropped significantly over the past few weeks and today as altcoins continue to outperform the flagship cryptocurrency.

Ethereum price also had a significant drop today but managed to recover much better than BTC. The biggest surprise is XRP price which is still up by 8% ignoring the overall market weakness.

Nothing has changed for Bitcoin after the massive 30% pump thanks to Tesla. On the daily chart, the nearest support level is the 12-EMA which is all the way down at $40,000. Anything above this level should be considered a normal and healthy correction. 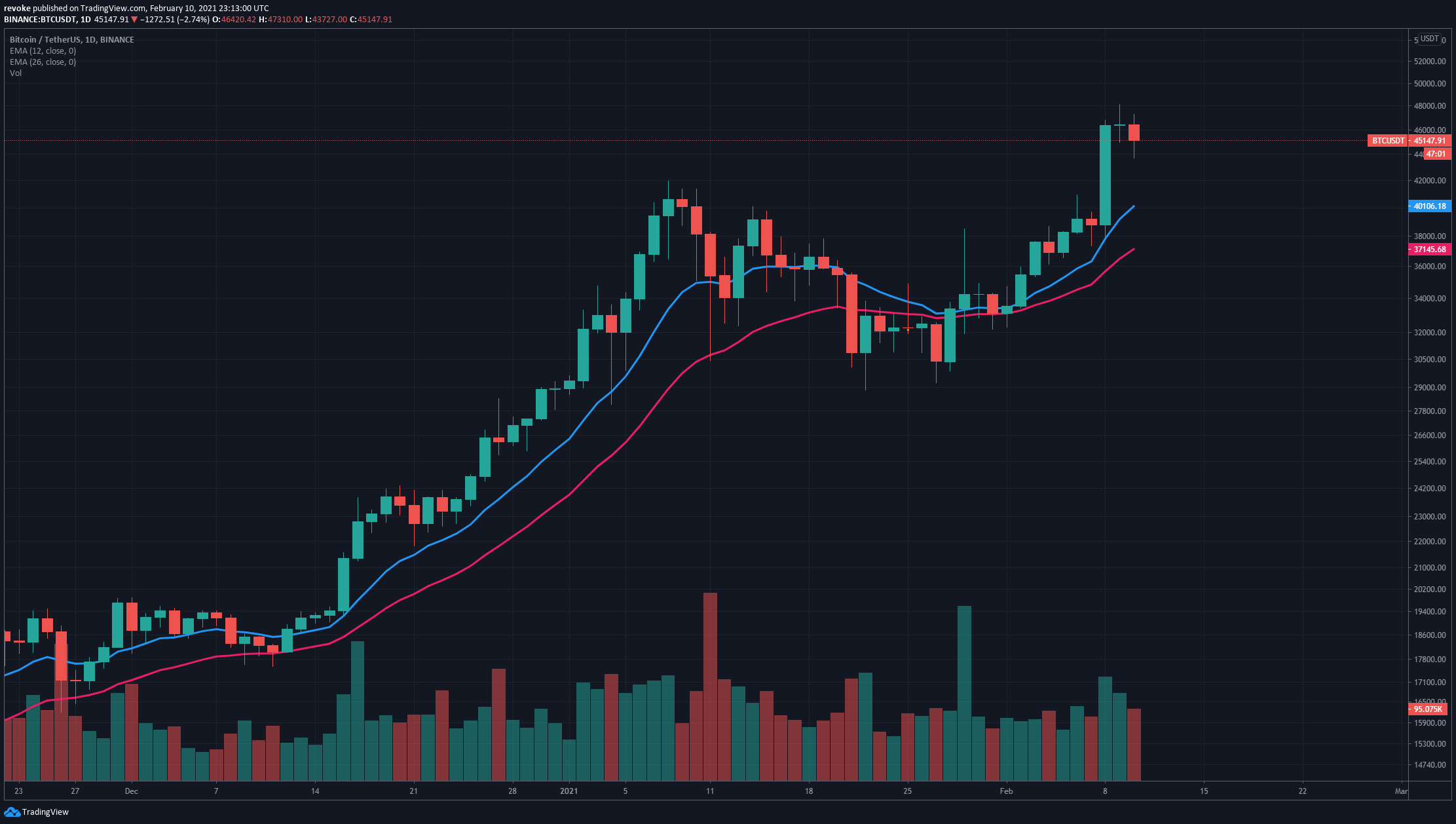 The most significant support level is the 26-EMA which is even lower at $37,100. Again, if the bulls can hold this key support level, the uptrend will remain intact.

The most significant pattern for Ethereum has been an ascending wedge pattern formed on the 12-hour chart. The two trendlines have been extremely accurate for the past month since the beginning of 2021 as the digital asset got rejected from the top boundary yet again. 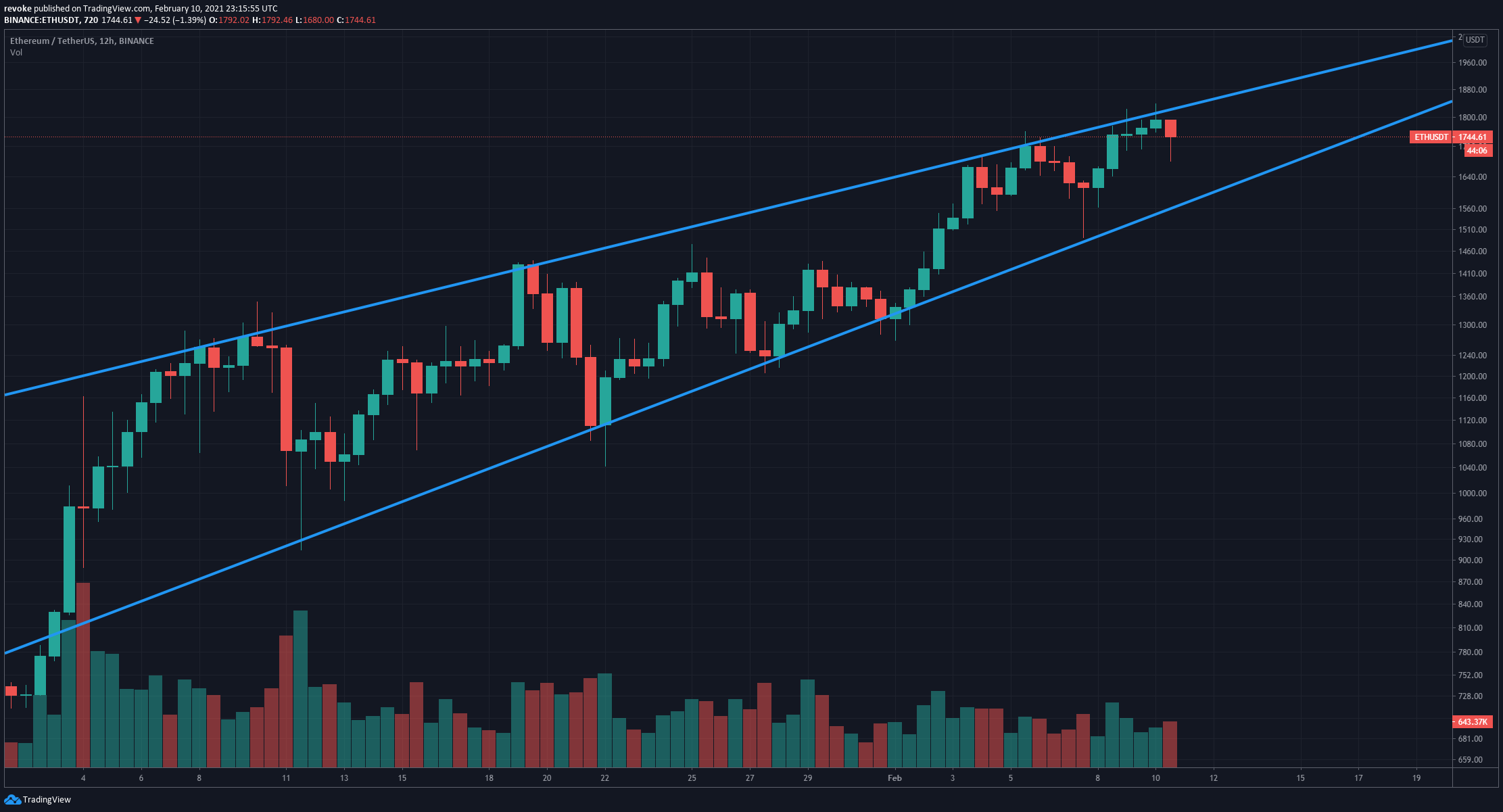 The lower trendline support is currently located at $1,641, which means anything above this point should be considered a continuation of the uptrend. A clear breakout above the top trendline can have a massive impact on ETH price, pushing it towards $2,000 almost instantly.

For the first time this year, XRP is outperforming the rest of the coins as bulls have bought the dip strongly. The digital asset remains extremely volatile and has defended the 12-EMA support level on the 12-hour chart. 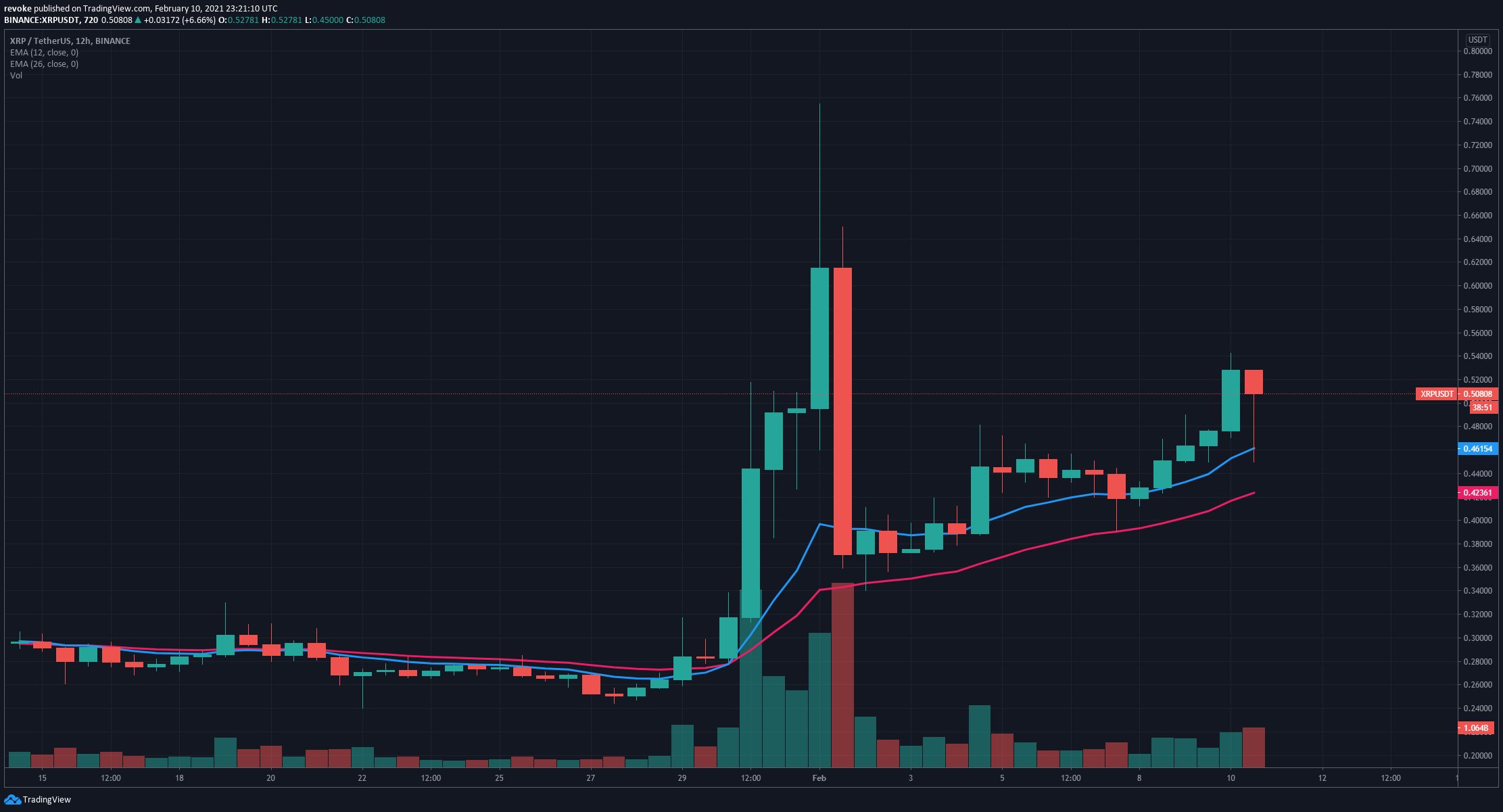 There isn’t a lot of resistance for XRP bulls on the way up which means that XRP price can quickly jump towards the high of $0.70 again.