Why Telegram’s TON ICO Could Be the Largest ICO Ever 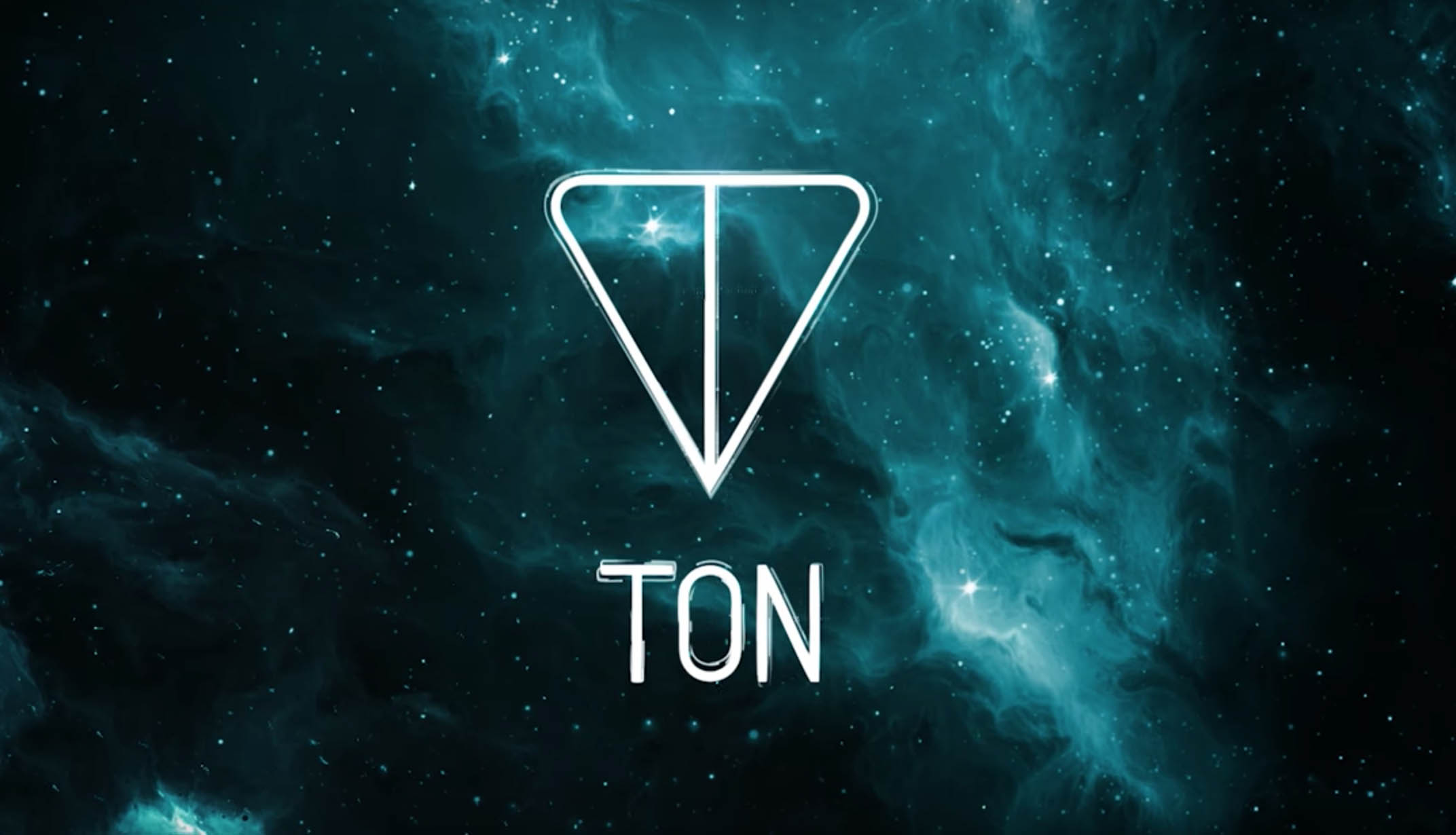 Last month, a teaser video for the highly-anticipated, Telegram’s very own blockchain platform, TON, was released. The messaging platform that boasts a secure end-to-end encryption is planning to launch an ambitious ICO introducing the new platform, also known as the “Telegram Open Network” (TON).

TON is a fast, scalable and user-friendly cryptocurrency and blockchain platform. All Telegram users will be given a Ton wallet, which allows them to transfer digital money in the blink of an eye because the TON network can handle up to millions of transactions per second.

According to Techcrunch, the TON network will be the new third-generation blockchain with many superior features compared to the Bitcoin and Ethereum network. Not only does it have lightning-fast transaction speeds, the platform also utilizes light wallets for the convenience of its users.

Following the Techcrunch article, a leaked copy of TON’s whitepaper was shared by Cryptovest, which provided a comprehensive explanation of the vision that Telegram has for its blockchain-powered cryptocurrency platform.

The first thing that the white paper emphasizes on is the revolutionary technology behind TON’s platform that makes it stand out among all the other blockchain platforms out there. The implementation of the infinite sharding paradigm makes the TON network immensely scalable as whenever a TON blockchain gets too big, it automatically splits into two to increase capacity. These split blockchains can then quickly exchange data using the instant hypercube routing system. TON’s proof-of-stake mechanism will also maximize efficiency as each of the processing nodes in the TON blockchain perform only useful work. 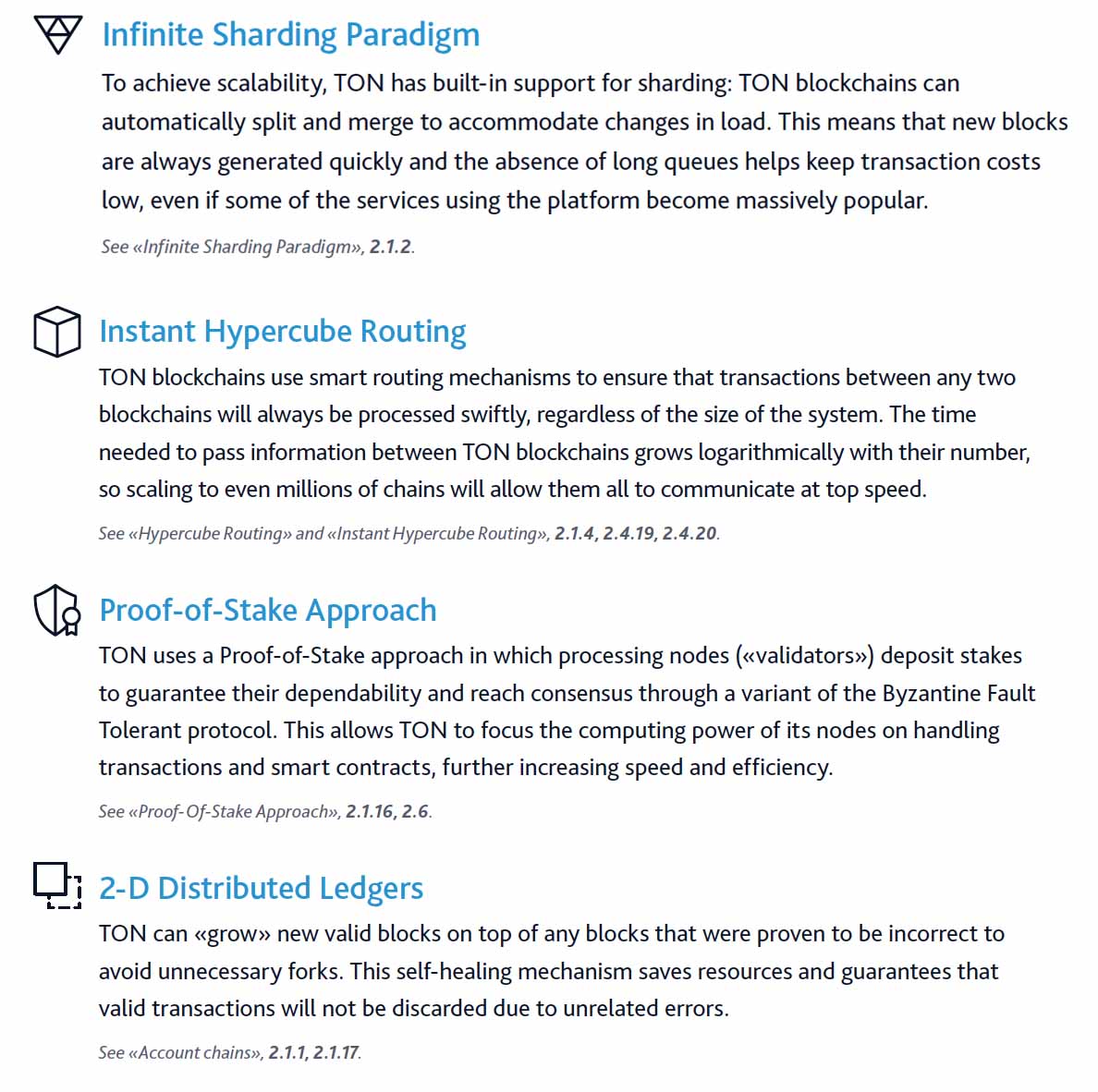 How Big Exactly Is The TON ICO

As it was outlined in the document, Telegram intends to raise a minimum of $500 million in its ICO, which is scheduled to happen at some point in the near future, preferably in March. This astronomical figure will potentially make Telegram’s fundraiser one of the largest ICOs to date, and the funds will be used to launch the TON platform later this year. 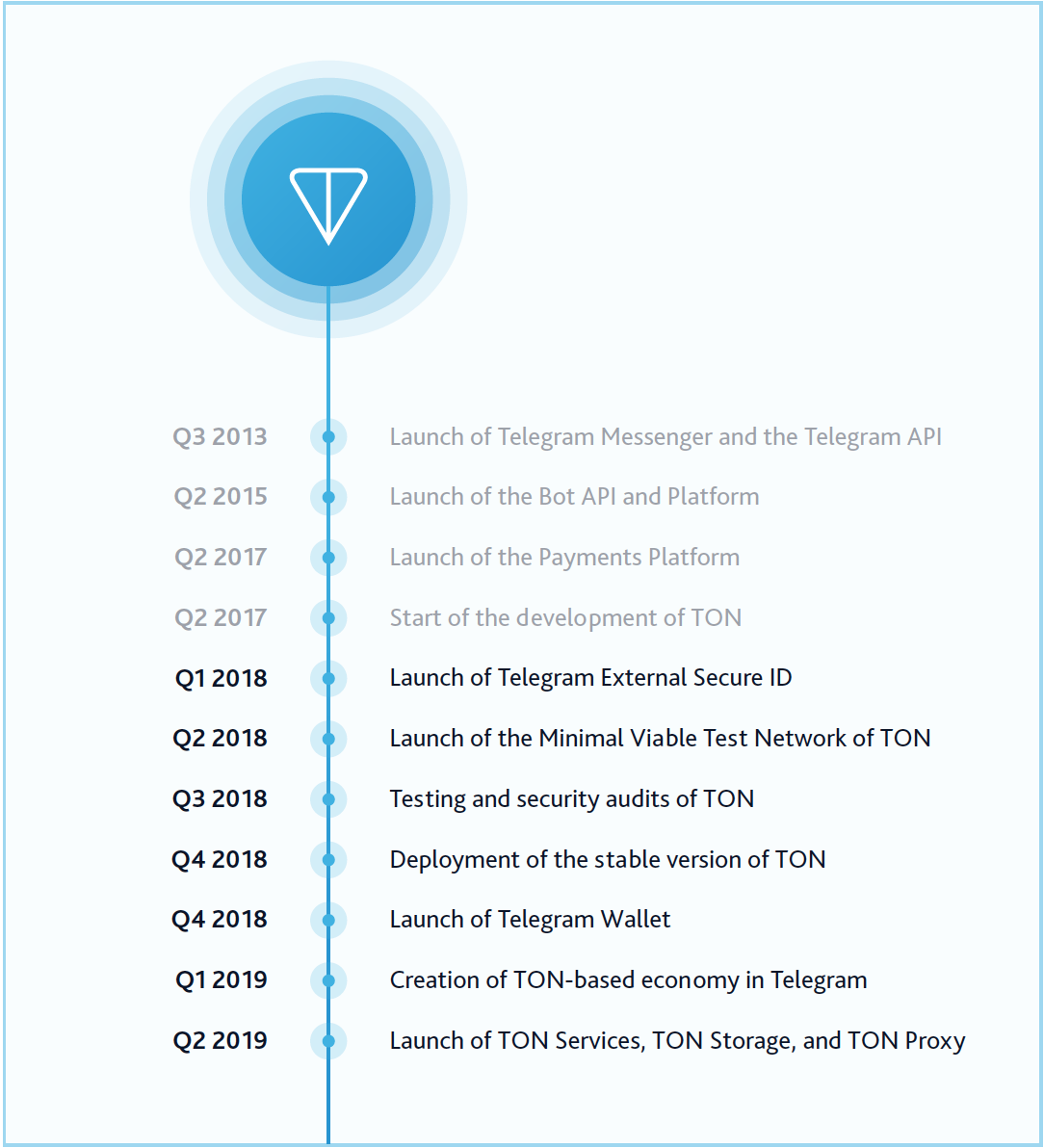 With over 180 million active users, things are looking great for Telegram’s inaugural ICO. There is a lot of potential for there to be a cryptocurrency inside a widely-adopted messaging app, especially one that has a strong cryptocurrency community in it.

However, Telegram – founded by Russian entrepreneur and the father of VK Pavel Durov – is not the only messaging platform that is working on releasing its own cryptocurrency. Kik Messenger, more commonly known as KIK, recently announced the release of its blockchain powered digital currency, the KIN token.