XRP was one of the few cryptocurrencies that remained flat during the past month despite the strength of the crypto market. However, on November 20, bulls woke up, pushing XRP price towards new 2020-highs at $0.78, a 180% rise, outperforming many altcoins.

On November 25, alongside the rest of the altcoins and Bitcoin, XRP saw a significant correction down to $0.459, from which is currently trying to recover.

On the 1-hour chart, XRP formed an ascending triangle pattern with the upper trendline at $0.574, which was broken two hours ago with a lot of follow-through by XRP bulls. The current price of the digital asset is $0.616 and continues rising. 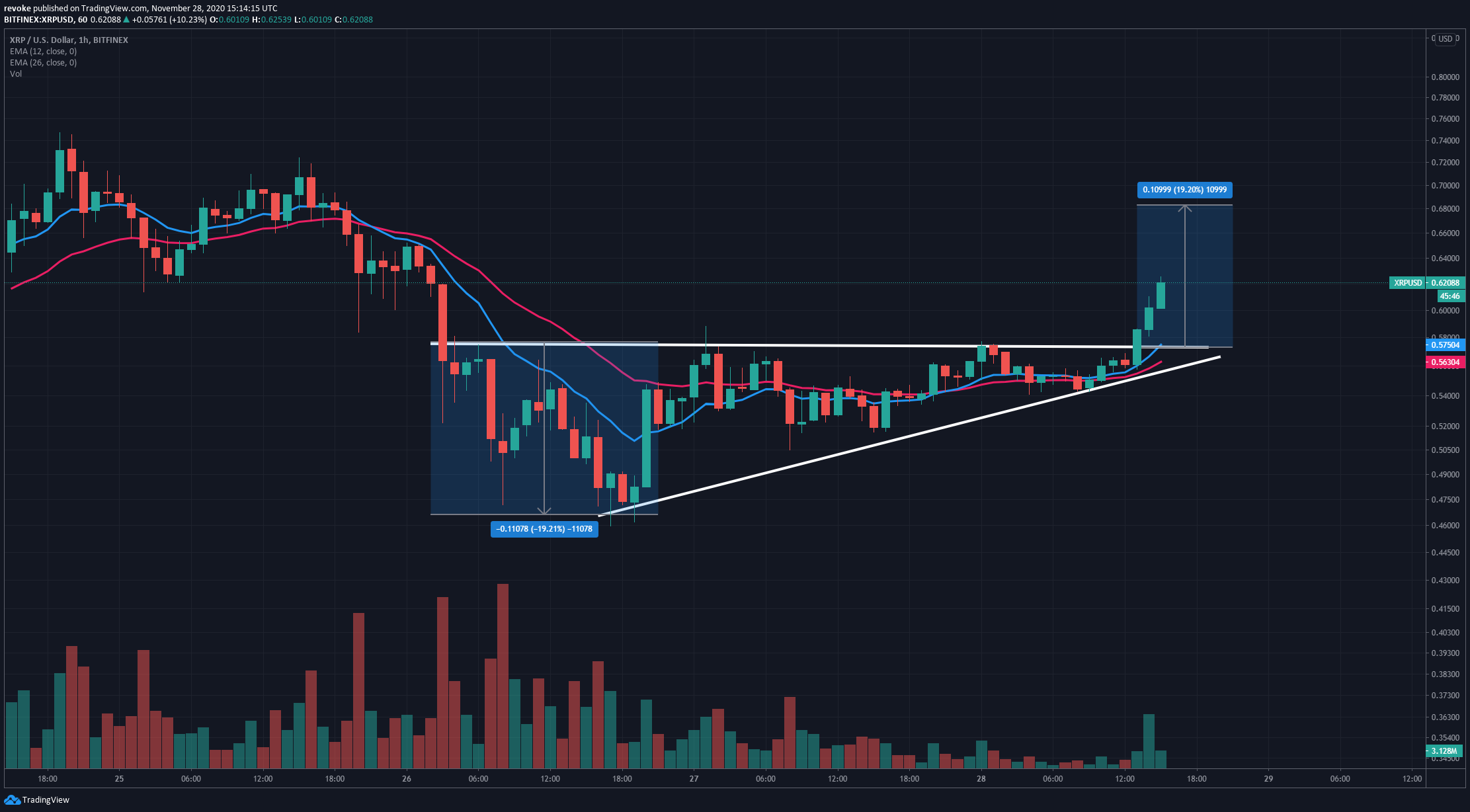 Using the height of the pattern as a reference, we can determine the next price target to be at $0.68 which would be extremely close to the 2020-high.

The entire cryptocurrency market is showing signs of a potential full recovery gaining around $30 billion in market capitalization over the past 24 hours. On the 4-hour chart, XRP price managed to decisively climb above the 12-EMA and the 26-EMA for the first time since the start of the bull rally and there is a notable uptick in trading volume which indicates the bullish breakout is robust. 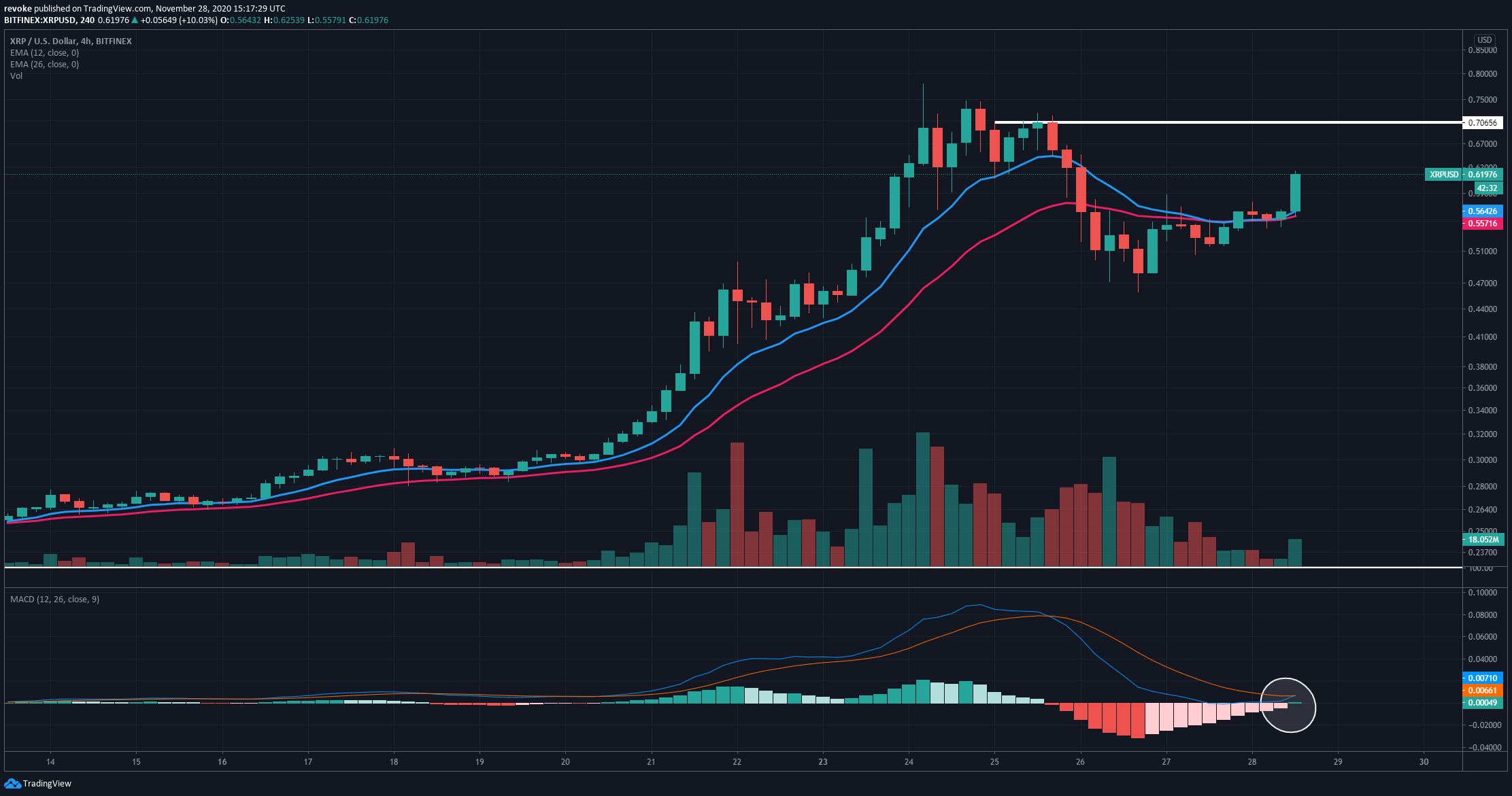 Additionally, the MACD has crossed bullishly for the first time since November 20 adding even more credence to the positive outlook. The next price target on the 4-hour chart is the high at $0.706.

From a longer time-frame like the daily chart, this last dip seems perfectly healthy after such a massive rally. XRP hasn’t lost the 12-EMA like Bitcoin and others and remains significantly stronger. The MACD also remains bullish while the RSI has cooled off decently.

There is basically no resistance until the 2020-high at $0.78 which is the longer-term price target of the bulls. The majority of technical indicators like moving averages remain in favor of XRP on the daily chart and longer time-frames like the weekly or monthly charts.

Over the past week, the 24h average trading volume of XRP increased colossally from $2.3 billion to a peak of $34 billion and remains at around $15.5 billion. 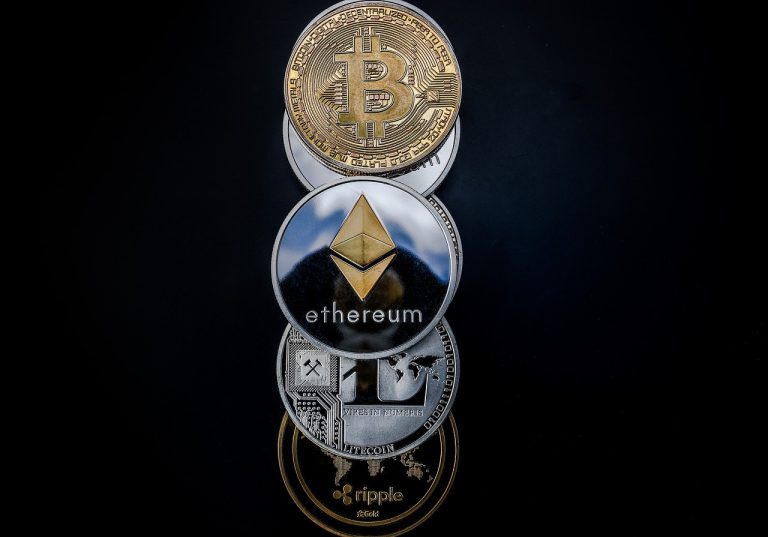 Top 3 Price Prediction: Bitcoin, Ethereum and Ripple on the verge of a massive breakout

Additionally, the number of whales holding at least 10,000,000 coins ($6,100,000 or more) has increased significantly since April, from 276 to 330 currently. This metric shows that large investors remain heavily interested in the digital asset, despite its dormant trading period of time during the past few months.