XRP has suffered a great hit in December 2020 after the SEC sued Ripple and two of its executives for conducting a $1.3 billion unregistered securities offering. The SEC argues that XRP is a security and that Christian Larsen, the co-founder of Ripple, and Bradley Garlinghouse, the CEO, conducted personal unregistered sales of XRP totaling $600 million.

However, a few weeks later, XRP price is trading at $0.30 and has managed to recover quite well despite all the bad news. In its most recent report by the HM Treasury titled: ‘UK regulatory approach to cryptoassets and stablecoins: Consultation and call for evidence’, it states that XRP is an exchange token.

The UK regulations state that cryptoassets can be divided into three main categories, e-money tokens, security tokens, and unregulated tokens. This last category is divided again into two, utility tokens and exchange tokens. According to the report, XRP is an exchange token, just like Bitcoin or Ethereum.

Furthermore, Gatehub, a popular multi-crypto wallet came out on January 12 to make a public statement about XRP. The platform stated that they never considered XRP to be a security and will not delist it until the SEC’s final decision deems XRP as a security.

We have never believed that XRP is a “security” under the prevailing “Howey” test in the US, and regard XRP primarily as a “utility” token whose value is based on its use in payments and foreign exchange

This indicates that large holders are still interested in XRP and believe it will rise higher eventually. Ripple can certainly win against the SEC, which would be a massive win for the cryptocurrency market and XRP holders. 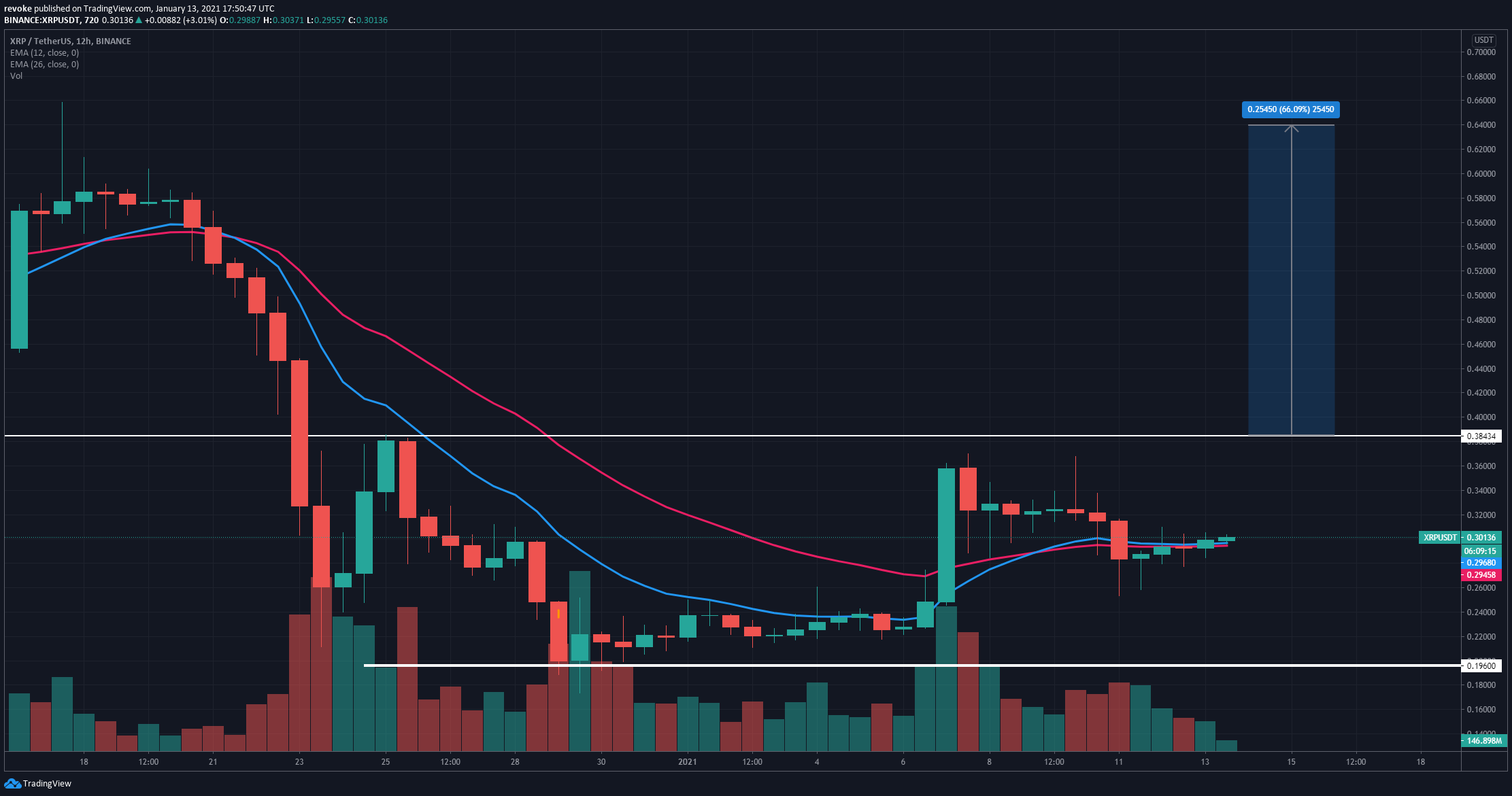 XRP bulls are facing very little resistance to the upside as XRP price plummeted fast. The most critical resistance level is established at $0.384. A breakout above this point can quickly push XRP towards $0.64.

From a macro point of view, there is basically very little opposition above $0.78, which was the 2020-high. The next potential price target is $1, especially if XRP wins against the SEC.