On the daily chart, XRP broke out of an ascending triangle pattern on October 28 and got significant follow-through. The digital asset has re-tested the 50-SMA as a resistance level and got rejected. The next support level is established at $0.228, the 200-SMA on the daily chart. 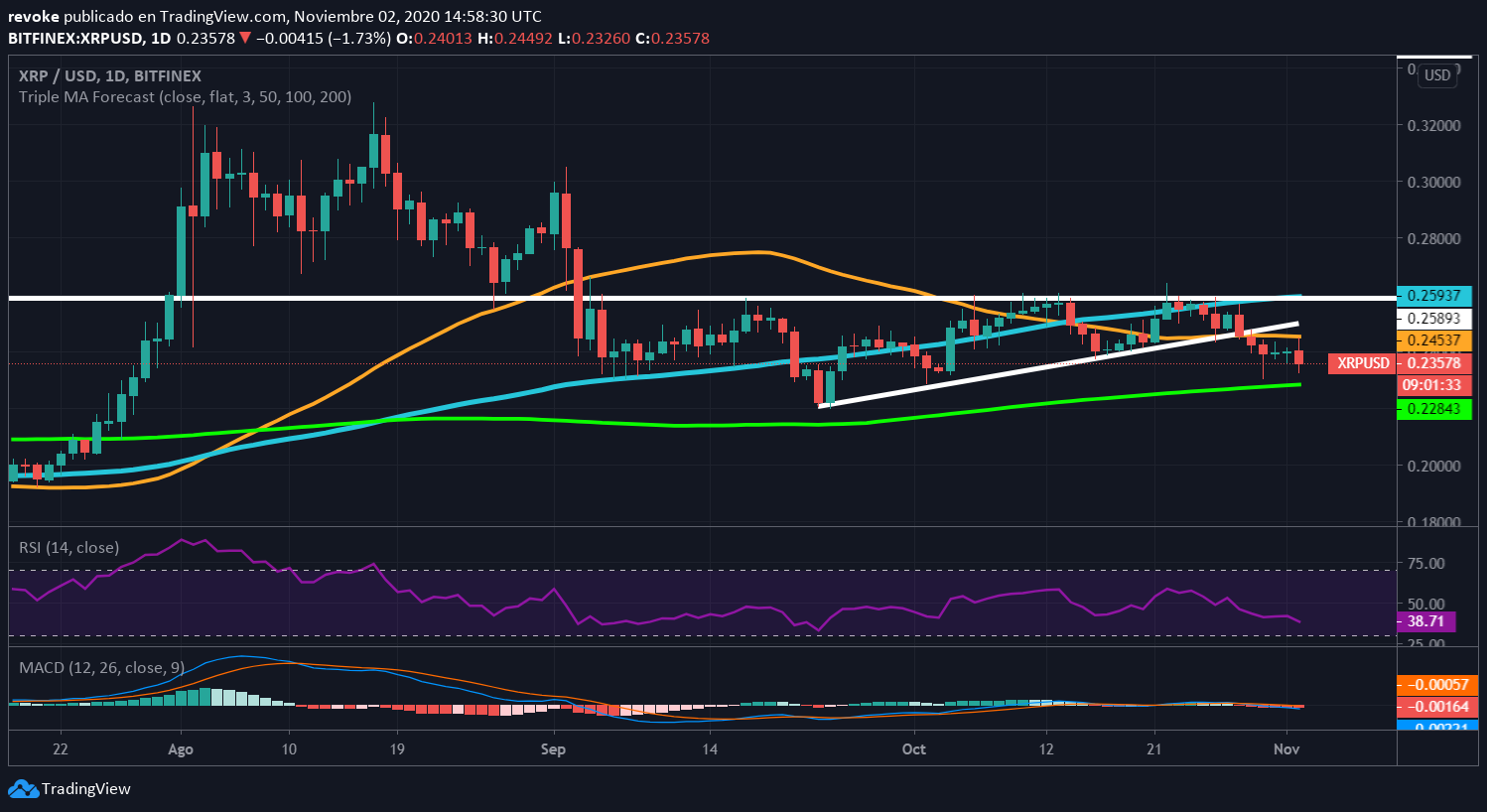 The MACD is bearish and gaining strength while the RSI is on the verge of overextension. Bulls need to crack the 50-SMA at $0.245 and turn it into a support level if they want to try changing the daily downtrend.

XRP is one of the few cryptocurrencies that has confirmed a daily downtrend after Bitcoin touched $14,000, for the first time since 2018. The weakness of XRP is apparent and there are very little signs of a rebound.

On the 4-hour chart, XRP lost the three SMAs and the 26-EMA and the 12-EMA. The RSI is on the verge of being oversold. The MACD is hours away from crossing bearishly for the first time since October 30. 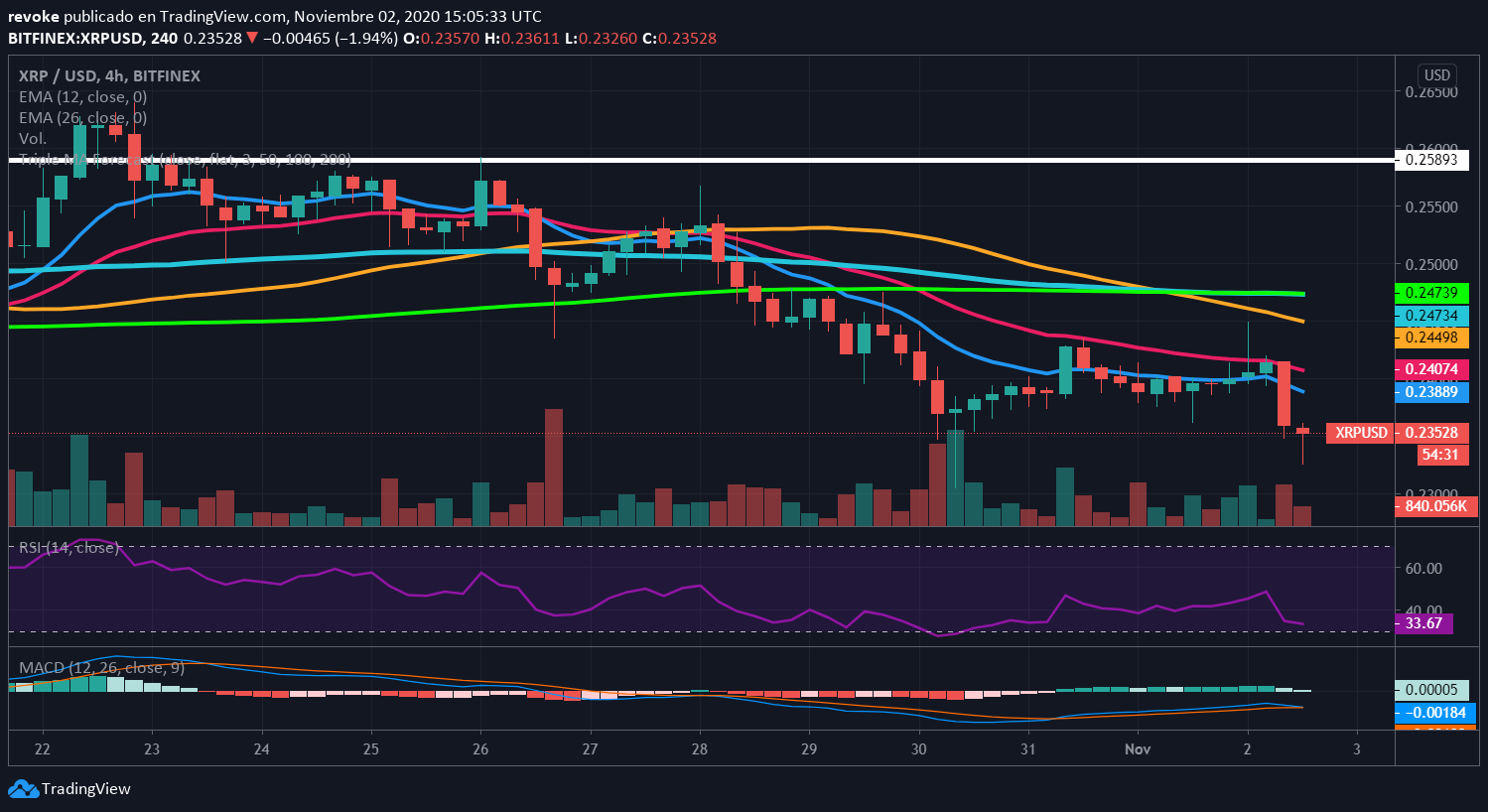 The most critical support level in the short-term is $0.23 which was established on October 30. So far, it seems that XRP could be forming a potential double bottom, a bullish reversal pattern.

Trading volume is decreasing which means the current bearish price action is weaker than before, making the potential double bottom a real possibility.

Due to the upcoming US presidential election in two days, is likely that the entire cryptocurrency market will remain flat followed by significant volatility. However, past history has shown that these elections are actually positive in the long-term as the market tends to experience notable rallies shortly after.