Chainlink is up by 38% in the past week and its price has been contained inside an ascending triangle formed on the daily chart. The upper trendline at $13.23 is the most critical resistance level.

On the other side, the ascending trendline is the most critical support level. Bulls can also use the 100-SMA at $12.11 as an extra support point. The 50-SMA currently coincides with the lower boundary of the pattern.

A breakout or breakdown of the two levels mentioned above can drive Chainlink price by 45% to the upside or downside, using the height of the triangle as reference.

The current price of LINK at $13.06 is right below the critical trendline resistance. Considering how bullish the entire market is, while Bitcoin is on the verge of a breakout above $16,000, the likelihood of Chainlink breaking the resistance increases. 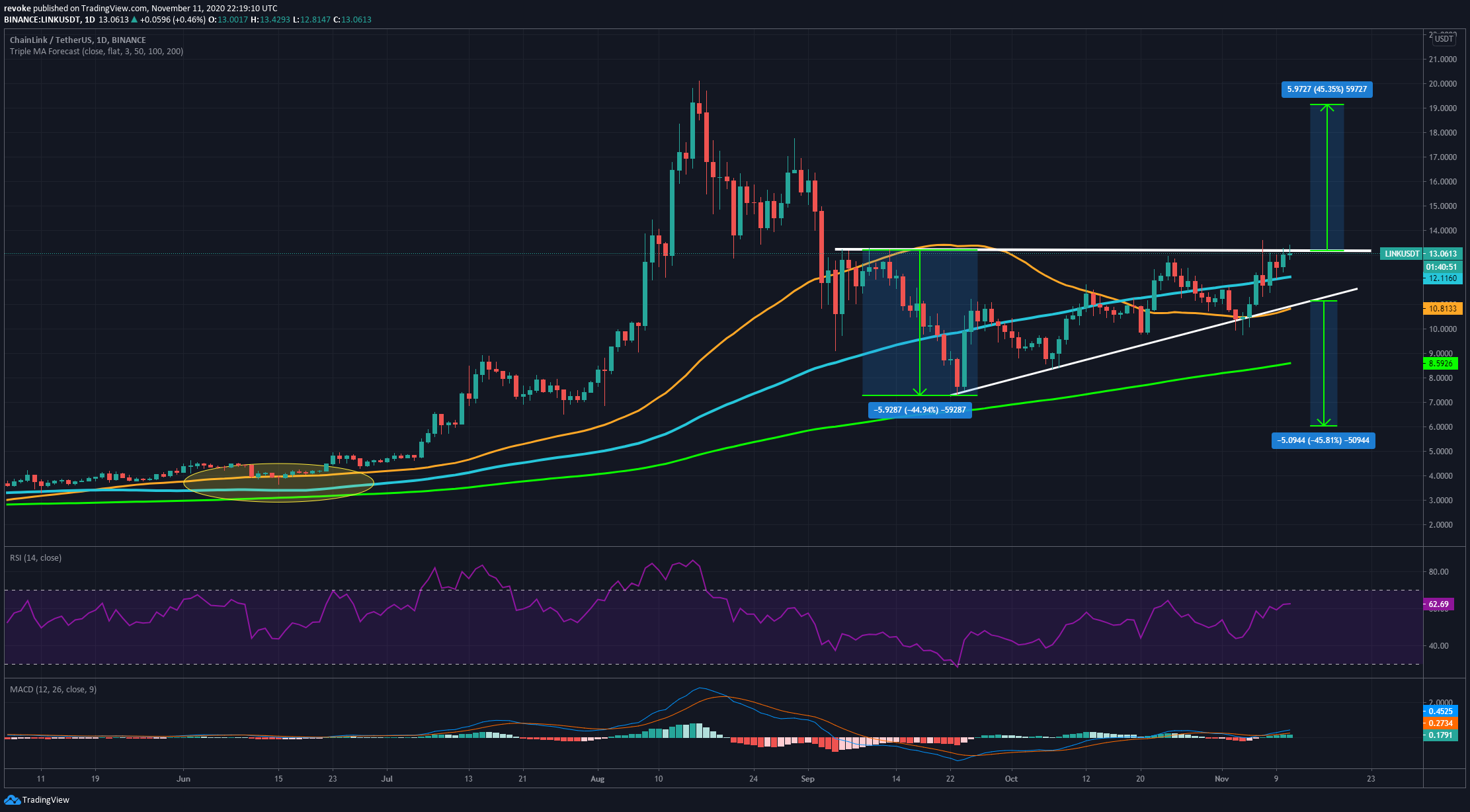 On the other hand, although not likely right now, a breakdown below the lower boundary of the ascending triangle would push LINK price towards $6. For that to happen, bulls need to lose the 100-SMA support level followed by the breakdown of the 50-SMA and the lower trendline.

The 200-SMA at $8.59 should also act as a support level. The MACD turned bullish again on November 7 for the first time since September 26, which was a good bullish indicator. 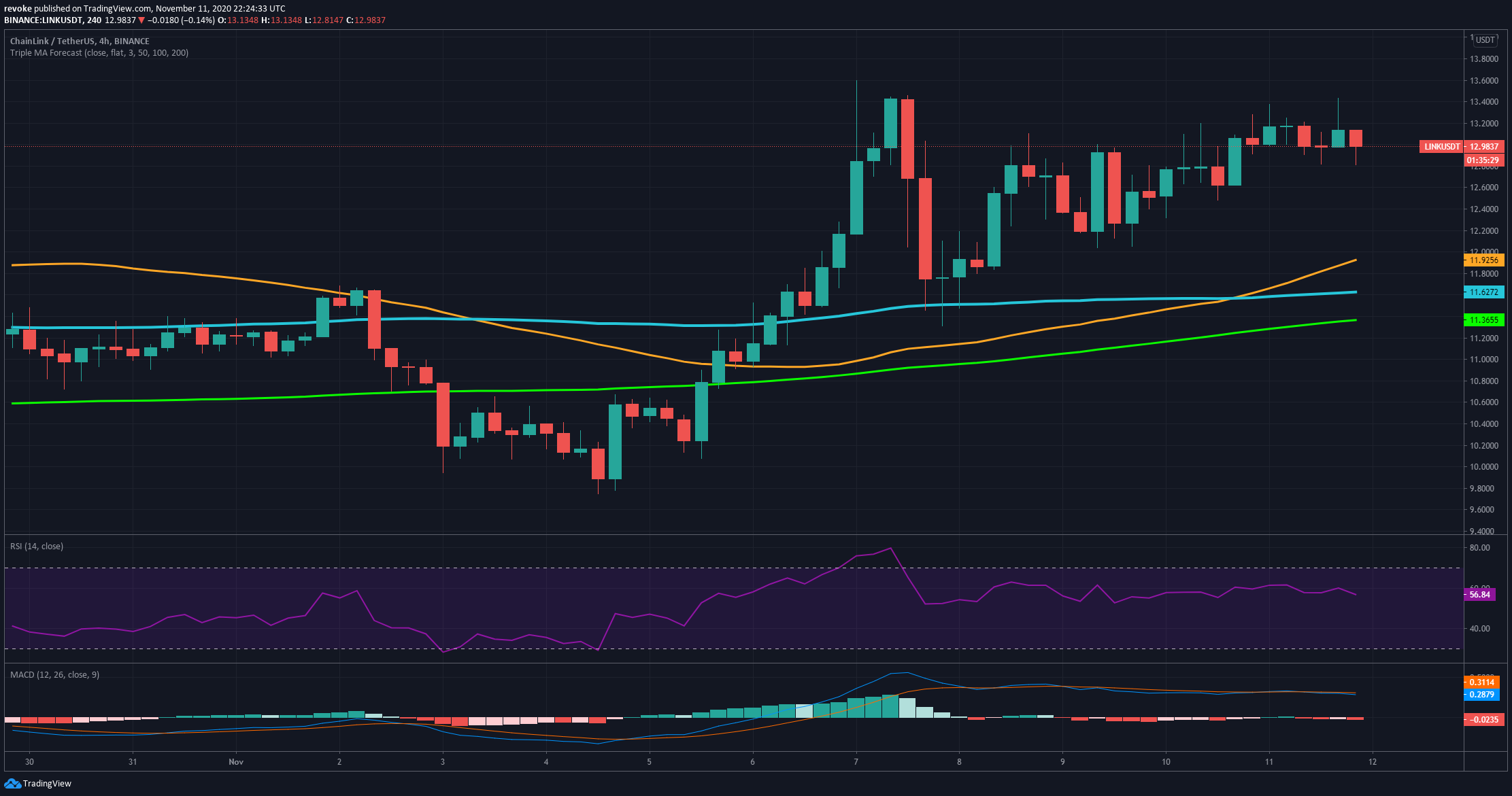 The 4-hour chart shows a slow but steady uptrend while the RSI remains flat. Similarly, the MACD fluctuates between bullish and bearish. It’s possible that the price action of Chainlink will continue sideways until Bitcoin has a clear breakout above $16,000 or a massive rejection from the same level.

The In/Out of the Money Around Price chart shows only one significant resistance area between $13 and $13,39 with 13.1 million LINK purchased by 4,080 addresses. Above this point, there seems to be very little opposition well until $15. This seems to confirm our theory that the $13.23 level which is the upper trendline of the ascending triangle pattern is the most critical resistance point.

On the other hand, the support below seems to be far stronger in comparison with many notable support areas until $11.