Why Is Shiba Inu Dropping In Value? 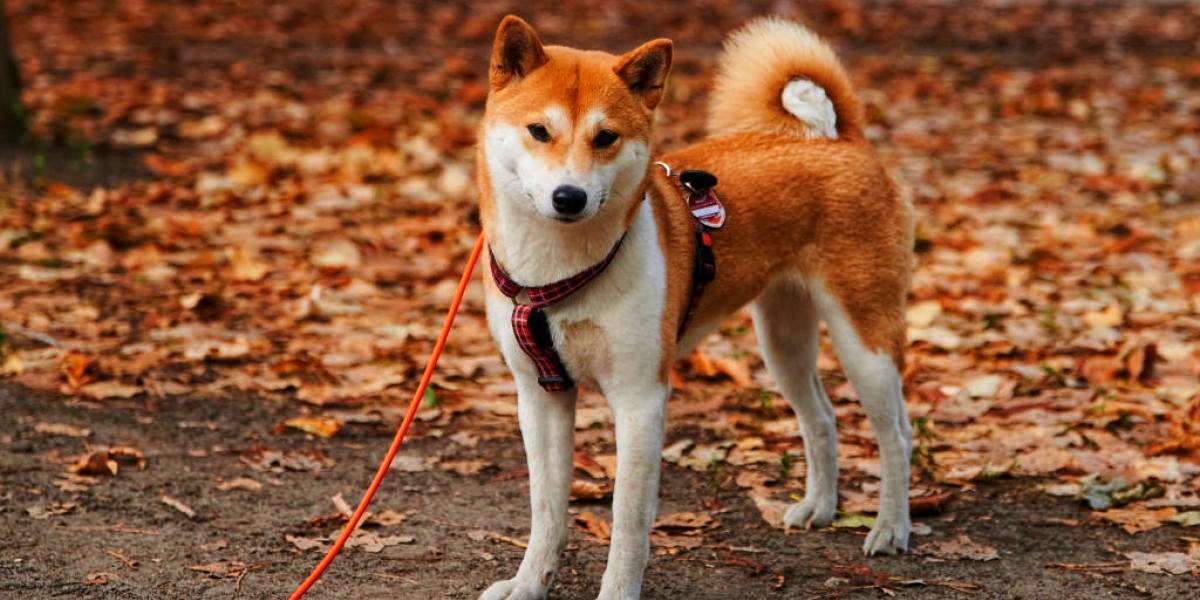 The digital asset space is somewhat unpredictable due to high volatility. Weeks ago, Shiba Inu attained an all-time high, assuring early buyers massive profits. However, things are looking shaky for the meme coin, causing panic amongst investors. Meme season might be over as Shiba Inu and Dogecoin, two of the most popular memecoins, have seemed to lose their steam. For one, Dogecoin has not recorded noticeable gains since August and has been seen consolidating around the $0.27 range. On the other hand, Shiba Inu is falling as investors are dumping the coin due to recent whale movements.

What Is Shiba Inu?

Shiba Inu is memecoin, which some users claim is an alternative to Dogecoin. Before the drop, it had been one of the best performers in the market. This earned holders significant profits within a year. In October, the coin reached an all-time high of $0.00008616, jumping by more than 100%. However, this coin is slightly different from Dogecoin. While Doge has its blockchain, developers built Shiba on Ethereum, making it a token. Tokens are digital assets that are created on another blockchain.

Initially, this coin trended as a joke on Twitter. Because of Dogecoin’s success, many people bought Shiba to benefit from market sentiments. When it started a bull run in October, it overtook Dogecoin in the top ten digital assets list. Today, Shiba has a loyal community, pushing the narrative to other crypto enthusiasts. This, in turn, may bring the coin more investors.

Why Is Shiba Inu Dropping?

Shiba Inu is an Ethereum-based cryptocurrency popularly dubbed as the ‘doge killer.’ Makers named the coin after a Japanese dog that trended following the influx of new digital assets. The relatively new currency attracted numerous investors, especially after the success of Dogecoin. However, the coin has been facing continuous drops fueled by growing sell-offs from traders. Below are the reasons why the coin has been moving in a bearish direction. 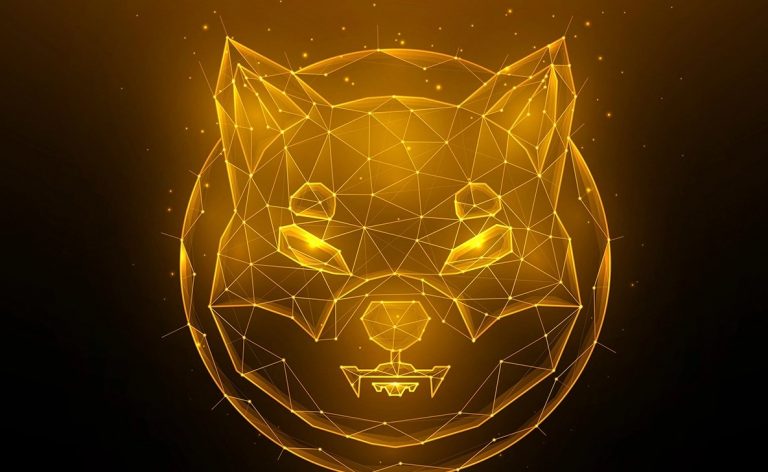 After continuous price jumps, it’s not surprising that Shiba whales might be taking profits. However, if holders sell too much of the coin simultaneously, it may lead to more falls. Of course, no one wants to lose their profits, making it expected for traders to sell while still in profits. On the other hand, those who bought late may hold the asset while anticipating future gains.

Besides the recent price movement, reports show that around 10 whales control over 60% of the Shiba market. This is indeed alarming and risky for smaller investors. So, if these large holders decide to sell all their cryptocurrencies, the market may not survive the crash. While Shiba whales control over 60% of the asset supply, Bitcoin whales own only 5% of the total supply, making it somewhat safer. When many people own significant portions of an asset, it becomes difficult for single movements to crash the whole market.

One of the most used crypto exchanges, Kraken, announced that it has “more work to do” before listing Shiba Inu, despite strong indications that it would. This caused an uproar on social media and might have contributed to the price drop. The San Francisco-based exchange initially requested 2000 likes on Twitter to list the coin. Surprisingly, the tweet had over 8,000 likes within minutes.

Unfortunately, Kraken is going back on its words as it claimed to have more to do based on listing reviews. The crypto community was shocked at the empty promise, and someone even threatened to delete their Kraken account. Shiba community members are displeased with the recent announcement, as many had previously anticipated the listing. If Kraken had gone ahead to list the coin, more investors would have access to the coin.

In the past, when well-known platforms, like Kraken, supported a new coin, there were usually positive price movements. This is because new investors that previously had no access to the asset will enjoy the new opportunity to buy the coin. Still, Kraken is not entirely dismissing the listing. Based on its Tweet, there is a possibility the trading platform will still support the coin. However, users are unsure of when the crypto service provider will officially add the currency.

Robinhood, a relatively new brokerage platform, will not be listing Shiba anytime soon. Christine Brown, the firm’s chief operating officer (COO), explained the exchange is not rushing to support digital assets like Shiba Inu. The officer refused to reveal the listing procedure but asserted that the exchange is not supporting highly volatile assets like the memecoin, which could affect consumers. Brown also added that listing the coin might cause an infringement on regulations.

During the Crypto Goes Mainstream event, she made these comments and revealed that Robinhood’s strategy is different from most exchanges, which focus on listing more coins. According to her, the business is focusing on giving the best user experience. This, of course, did not sit well with loyal Shiba holders.

Many of which have been clamoring for the exchange to list the coin. However, recent comments might dash the hope of asset holders. To get the exchange to list Shiba, they had organized a petition, which has received thousands of signatures from the digital asset’s fans. Robinhood’s refusal to list Shiba may be because of Dogecoin’s poor performance, especially after it was listed on the trading platform. Dogecoin accounted for 32% of Robinhood’s second-quarter revenue, but recent falls have caused a massive pullback.

Generally, digital assets are highly volatile. However, memecoins appear to be more volatile than others. This volatility has helped Shiba Inu jump rapidly within a short time and is also behind its persistent decline. Volatility is a known risk associated with cryptocurrencies. While some assets have established some form of stability, unexpected market situations may change the course of this. For instance, bad or negative news about Bitcoin may result in a price fall, even with the cryptocurrency’s loyal holders.

Despite being one of the best performers last month, Shiba Inu is no longer part of the top ten assets based on market ranking. The coin, which recorded massive profits, replaced Dogecoin on the list, helping it skyrocket to an all-new high. The recent decline, however, has taken the coin outside the list. There is also a possibility that the digital asset may experience more rapid price falls if selling persists.

Should You Invest In Shiba Inu?

Investing in Shiba Inu right now might be risky, especially since it continues falling. The coin is yet to regain stability, and it may take some time before it records new gains. Looking at fundamentals, it has a weak framework. The token does not offer benefits besides the periodic increases, and the volatility makes it risky as a means of exchange. Still, investing in an asset is an investor’s choice. If you believe Shiba has potentials and could regain its all-time high, you should invest in it. However, it is safer to understand the asset before buying into it. This helps you predict the possible market situation. 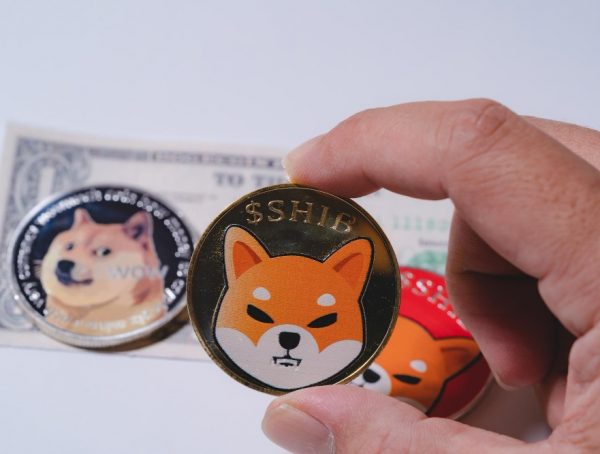 Altcoin Blockchain Crypto Shiba Inu
How will Shiba Inu Perform in Q1 of 2023? The Numbers are IN!