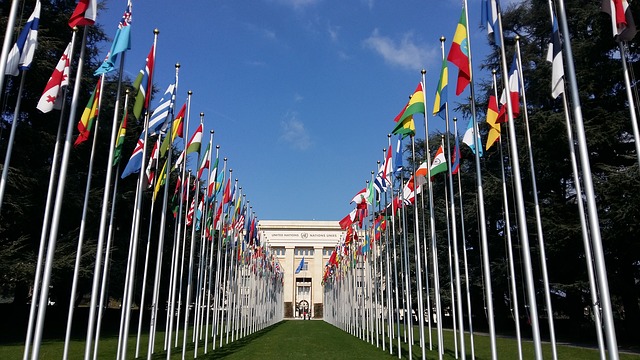 Despite its decentralizing drive, development of technology has tended to cluster around certain locations: Silicon Valley, New York, Malta, Gibraltar, Singapore, and Switzerland are all key hubs. The main reason for this is the regulatory atmosphere in these places, as the regulatory atmosphere in larger countries turned hostile. Companies and startups are fleeing for small pockets of the world where regulations are welcoming and taking refuge. Let’s look at a few such crypto hubs.

Malta looks to be a pioneer in the cryptocurrency regulation space by officially passing three new crypto bills into law. On July 4th 2018, even before these laws, Malta was a hub for crypto activities. This established a regulatory framework for cryptocurrencies, blockchain, and DLT in general. 2018 was also the first year that the country held the Malta Blockchain Summit. But there’s a problem: banks are reluctant to grant crypto startups business accounts until they’re properly licensed with the MFSA. This process can take up to six months for a first-round response, leaving many businesses unable to operate using local bank accounts. This hasn’t prevented many cryptocurrency startups, including high-profile exchanges like Binance, Bittrex, Okex, Bitbay, and Zebpay, have moved or extended operations from stricter regulatory jurisdictions to set up shop incorporating their businesses in crypto-friendly Malta.

Liechtenstein is in a small minority of countries. In fact, it is one among two to give legal status to crypto. The location of the country in the heart of the EU also makes it a prime location of companies fleeing Europe. On May 7, 2019, the Liechtenstein government reported that it passed a motion to implement a new law on Tokens and Virtual Token Service Providers (also known as the blockchain act). The Blockchain Act allows every possible asset, including real estate, bonds, and securities, to be tokenized, digitized and listed on a cryptocurrency exchange. The legislation also specifically regulates:

The Blockchain Act is complemented by existing financial services laws including those relating to KYC and AML requirements.

Switzerland is home to “Crypto Valley”, a cluster of companies and foundations in the small town of Zug just outside of Zurich. This all started in 2015 when in a small house called The Spaceship in Zug, a team of coders feverishly worked to complete their project. The team was led by Vitalik Buterin. The project was Ethereum. The Spaceship is now the stuff of legend: the cradle of the Ethereum Foundation, the birthplace of Crypto Valley. From then on, the town has exploded in popularity and has gained international recognition as a hub of crypto innovation

And by 2016, Zug started accepting payments of local taxes in Bitcoin (BTC), the first of this kind of move in the world, further cementing its position as a hub for innovation.

Gibraltar has been experiencing an increasing use of tokens and coins based on the Distributed Ledger Technology (DLT). In response to this, the Gibraltar Financial Services Commission (GFSC) introduced a new regulatory framework that will come into force in January 2018. The new regulations will be introduced by amending Gibraltarian Financial Services (Investment and Fiduciary Services) Act 1989, and It will regulate all aspects regarding companies based in  Gibraltar that uses DLT for virtual currency exchanges. The exact details of licensing requirements for DLT businesses are still not known, the new DLT legal framework will be based on 9 pillars given below.

Estonia is in a tricky spot. As it is a member of the EU it has many restrictions put on it by the organization, but since it’s in the EU, it represents an opportunity for many startups to get into the single market without the restriction put on them by the larger countries. This is because cryptocurrency regulations in Estonia are open and innovative, especially in comparison to other EU member-states. According to Estonia’s government, cryptocurrencies are regarded as “value represented in digital form”, and has not yet given crypto a legal tender status. A number of crypto initiatives with potentially significant regulatory consequences have been mooted in Estonia including a speculative government plan to introduce a national cryptocurrency known as “estcoin”.  The EU stepped in and Estonia had to step back, but the government continues to examine ways to use the estcoin within the government “e-residency” program.

Barbados has been going through a tough economic situation, and this has caused a change in the government. It turns out the new government is crypto-friendly and sees the new technology as an opportunity to position itself globally and renew its economy from its hardships. The government has a two-pronged strategy when it comes to crypto.

The first task is a primary function of the Government: policymakers must themselves embrace new technologies at both macro and microeconomic levels. The second task is, decidedly, fundamental: preparing an efficient and effective entrepreneurial framework that enables private businesses – regardless of sector – to convert innovative ideas into useful products and services.

Slovenia has a population of just 2 million but contains more retail locations accepting Bitcoin cash payments than the entire United States. Slovenia, an international cryptocurrency adoption hub thanks to its welcoming regulatory attitude. The regulatory benefit is that possession of digital assets is legal in Slovenia, more than that capital income from trading cryptocurrency is not subject to income tax for individuals. In addition, the country’s political leadership is open and receptive to innovation. Eligma has turned out to be the biggest reason why hundreds of Slovenian retail locations have begun accepting cryptocurrency payments. Eligma is the startup that developed Elipay, a transaction processing system which has made in-shop mobile purchases with BCH, BTC, ETH and its own ELI token possible.

One thing that is clear is that these countries are small and insignificant in the global world order, and crypto seems to be an opportunity for these countries to make their mark. It is a symbiotic relationship where these countries benefit as well as the companies get to innovate and keep themselves alive.
Follow us on Twitter, Facebook, Steemit, and join our Telegram channel for the latest blockchain and cryptocurrency news