Positive signs for Blockchain in the Middle East 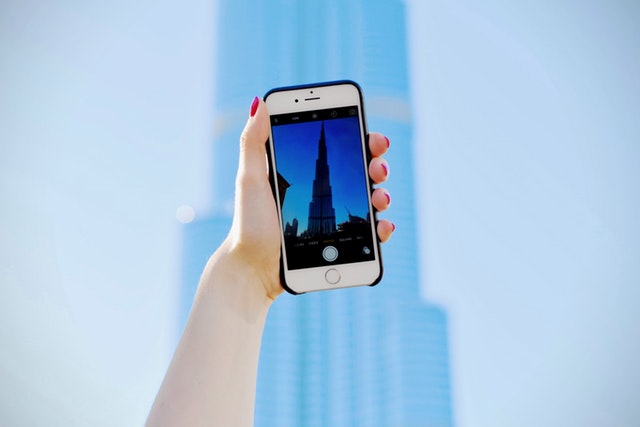 Amidst the recent bearish cryptocurrency market, a lot of nations around the World have expressed varying opinions towards the long-term adoption and usage of cryptocurrencies. A few days back, Cryptoticker released an exclusive analysis of ‘hyperbitcoinization’ and how it has affected various developing countries like Venezuela, Iran, Argentina, and Turkey over their periods of hyperinflation.

Bahrain’s Minister of Electricity and Water Affairs, Dr. Abdulhussain Mirza has expressed his ideas emphasizing the potential and importance of blockchain adoption during the inaugural SmartSec Cyber Security and Blockchain Conference. He encourage companies and individuals to undertake blockchain research and speed up its adoption within various industries including cyber-crime.

Dr. Abdulhussain was quoted as saying, “This is the kind of initiative that we would like Bahraini companies to have so that innovation can arise amongst the great minds of this community. Cyber-security is an essential part of our lives because most of our daily lives involve the use of technology in one way or another.”

His focus on the benefits of blockchain technology in terms of its immutability, transparency, and security are testaments to his understanding of its true potential. He also specified cyber-crime as one of the key issues that blockchain technology would solve in the long run for the country. Recently in 2017, one of Bahrain’s apex banks issued a warning for various banks around the world for a potential vulnerability of their ATM’s.

Bahrain as a nation have also been making positive strides to speeden up the process of cryptocurrency adoption and development within the small island nation within the Arabian Peninsula. They also were well-known for issuing a regulatory sandbox for cryptocurrencies early in March 2018 where they conducted further research into 4 different crypto exchanges.

Bahrain is looking to become a global virtual currency hub, with its firm belief in blockchain technology and cryptocurrency. In March, the island enabled a “regulatory sandbox” for virtual currency. At the time, four digital currency exchanges were entered into the Regulatory Sandbox which would be studied and later regulated. Palmex, a Dubai-based cryptocurrency exchange was recently approved by the Central Bank of Bahrain (CBB) based on this regulatory framework to legally commence operations in the nation. ABC, another bank based in Bahrain, was granted permission to join R3, a blockchain based consortium having over 80 of the World’s strongest financial institutions as its members this August. The future for cryptocurrency adoption seems bright for the nation of Bahrain due to these factors.

The UAE leading the way for Blockchain development

The United Arab Emirates has impressive plans of becoming the World’s first Blockchain powered Government, as announced by the Prime Minister of the UAE, Sheikh Mohammed bin Rashid al Maktoum. As Dubai prepares to host the highly awaited Expo 2020 in 3 years, the ambitious nation has been taking huge strides in encouraging the R&D of Blockchain Technology and Cryptocurrencies.

The Government of Dubai has also officially partnered with IBM’s Blockchain Development division to undertake further research into applying blockchain’s decentralized ledger system into various businesses under Dubai’s ‘Smart Dubai’ initiative. Cryptoticker has also reported earlier on the National Bank of Dubai implementing Blockchain Technology to reduce cheque fraud and such support from the government and financial institutions is bound to create a reinforcing positive feedback loop thereby further fuelling innovations within this industry.

Having been torn with conflict and war for quite a few years, Syria is currently undergoing a major humanitarian crisis. Most famously, the United Nations World Food Program has been using the Ethereum Blockchain to help refugees in crisis within Syria. The program was a huge success and over 10,000 refugees within greater Damascus had access to food. The United Nations has expressed great interest in further expanding the program to nearby war inflicted countries following its success.