Kraken releases a volatility report each month discussing the market situation of the past month and the most important announcements. The October 2020 takeaways of the most recent report were mostly about the price action of Bitcoin and the break in correlation with the S&P 500 and other indices.

With bitcoin rallying to a 33-month high, setting a higher high after 3 years of downtrending price action, and tending to go parabolic after breaking out of a macro downtrend, an ascent to $20,000 appears likely in the months ahead.

One surprising fact from Kraken’s report is the decrease in volatility. It seems that despite Bitcoin pushing to $16,000, the annualized volatility plummeted by 20% to a 19-month low of 35.5%. This is notable and indicates that the current bull rally is far healthier than it was in 2017. 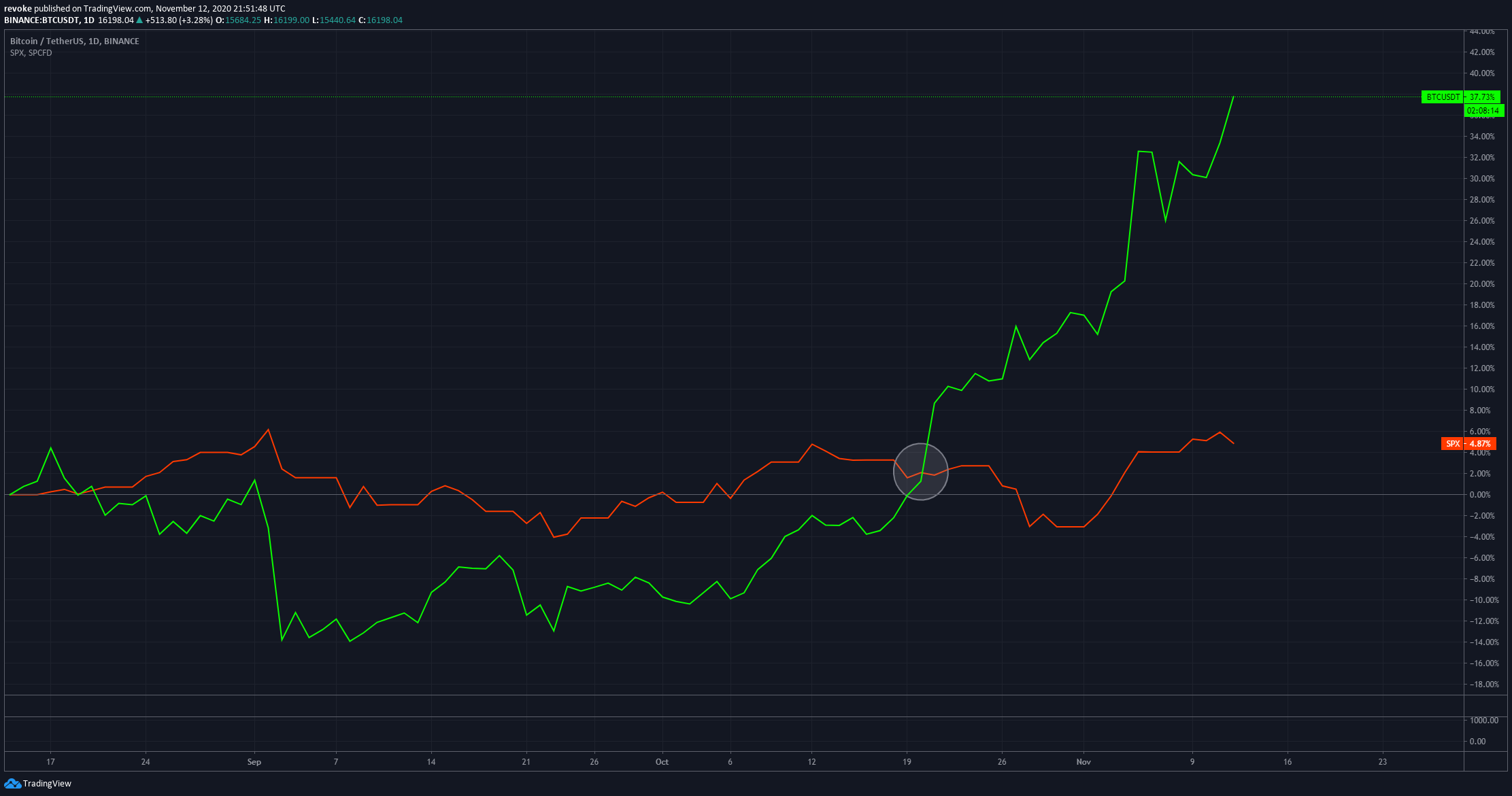 Another major factor in favor of Bitcoin is the loss of correlations with the stock market and the inverse correlation with the Dollar. Although some of it remains there, after Bitcoin price broke $12,000, the S&P 500 and other indices couldn’t follow.

Even after the recent news about a potential vaccine, the stock market remains far weaker than Bitcoin. The U.S. dollar index also seems to not affect Bitcoin anymore.

PayPal has just recently announced that U.S. customers can start using the platform to purchase, sell, and hold cryptocurrencies today. Bitcoin is trading at $16,200 but didn’t react to the announcement just yet.

During 2020, several multi-million companies have announced their purchase of large sums of Bitcoin. Grayscale fund trust reported a record quarterly inflow of $1 billion worth of Bitcoin in 3Q20.

Square, Inc also announced a $50 million Bitcoin purchase in October. Shortly after, PayPal finally confirmed the new service to enable users to buy cryptocurrencies. Additionally, London Stock Exchange-listed Mode revealed that up to 10% of their cash reserves were allocated to Bitcoin.

Kraken also provided a graph with the most notable upcoming events for Bitcoin and the cryptocurrency market like CME Futures expiry dates and other policy and regulative events. 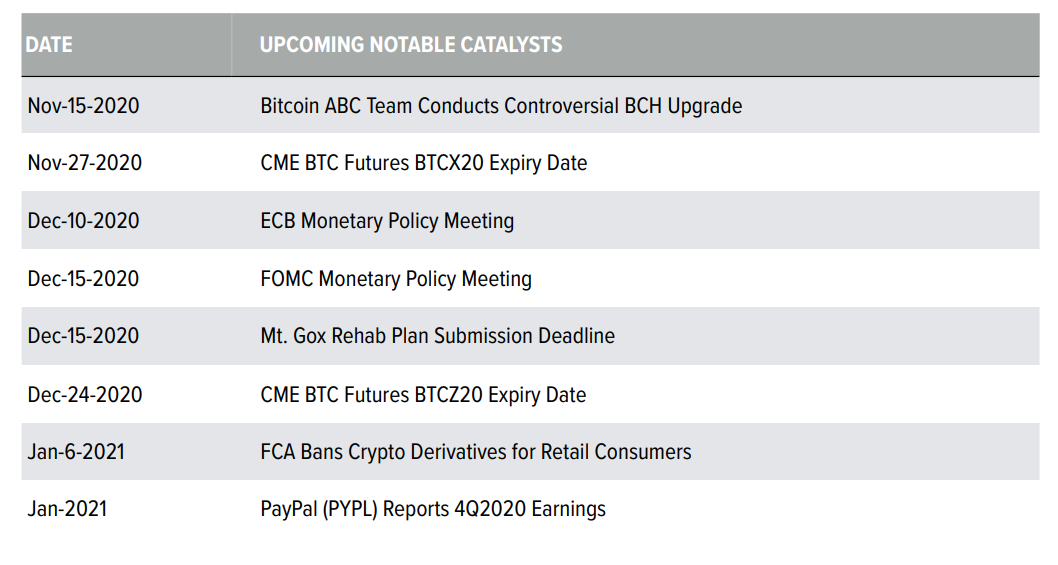