It doesn’t take an expert to realize that the Ethereum price is extremely bullish right now but how strong is this recent uptrend? Ethereum buyers were fighting for months to crack a crucial resistance level at $250. On July 22, they finally managed to climb above $250 and hit $269 on the same day.

This breakout had increasing bull volume and a ton of continuation taking the Ethereum price above the 2020-high of $288 and eventually cracking $300.

Ethereum was then facing a massive resistance point at $366 established on June 24, 2019, as the monthly high. Amazingly, bulls managed to fly through this resistance level hitting $415 and practically confirming a monthly uptrend, something not seen since 2017.

What Happened Before Ethereum’s ATH? 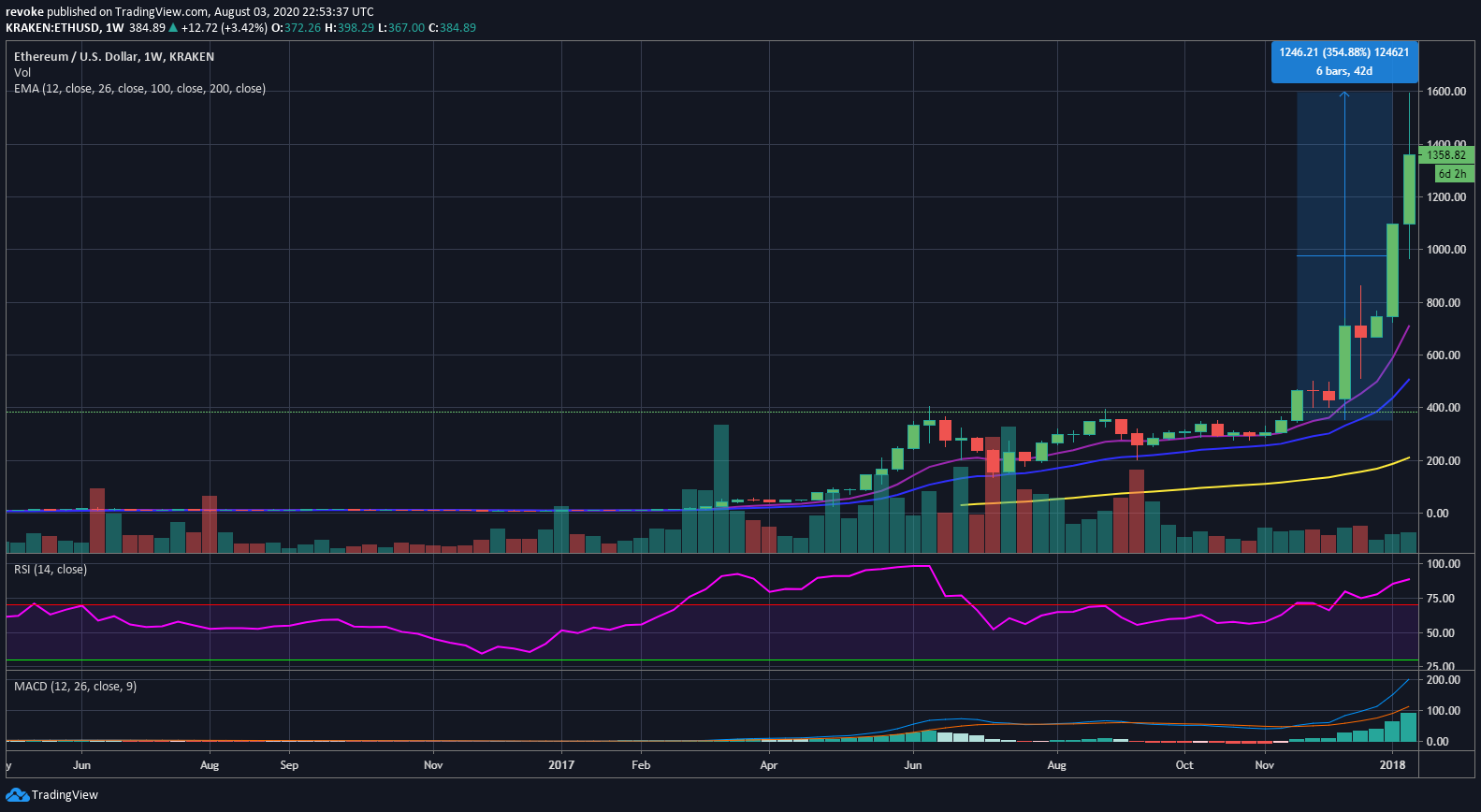 The most striking finding when looking at the weekly chart of Ethereum back in 2017 is how fast the price of ETH took off. Before the massive breakout, Ethereum price was trading between $200 and $400 but suddenly jumped 354% in just 49 days hitting its all-time high of $1,594 on Kraken.

What’s even weirder is that Ethereum didn’t seem to get increasing trading volume, not on Kraken, not on Coinbase and almost not even on Bitfinex.

Putting that aside, the idea is that Ethereum was facing no resistance levels and FOMO (Fear Of Missing Out) was extremely high. A combination of both of these things created a massive bull rally that seemed to have no end.

We have something similar going on right now with a lot of FOMO and barely any resistance towards the all-time high.

The most important time frame is definitely the monthly chart. Ethereum bulls have created a higher high but still need to see a monthly close above $360 across exchanges to fully confirm the uptrend. 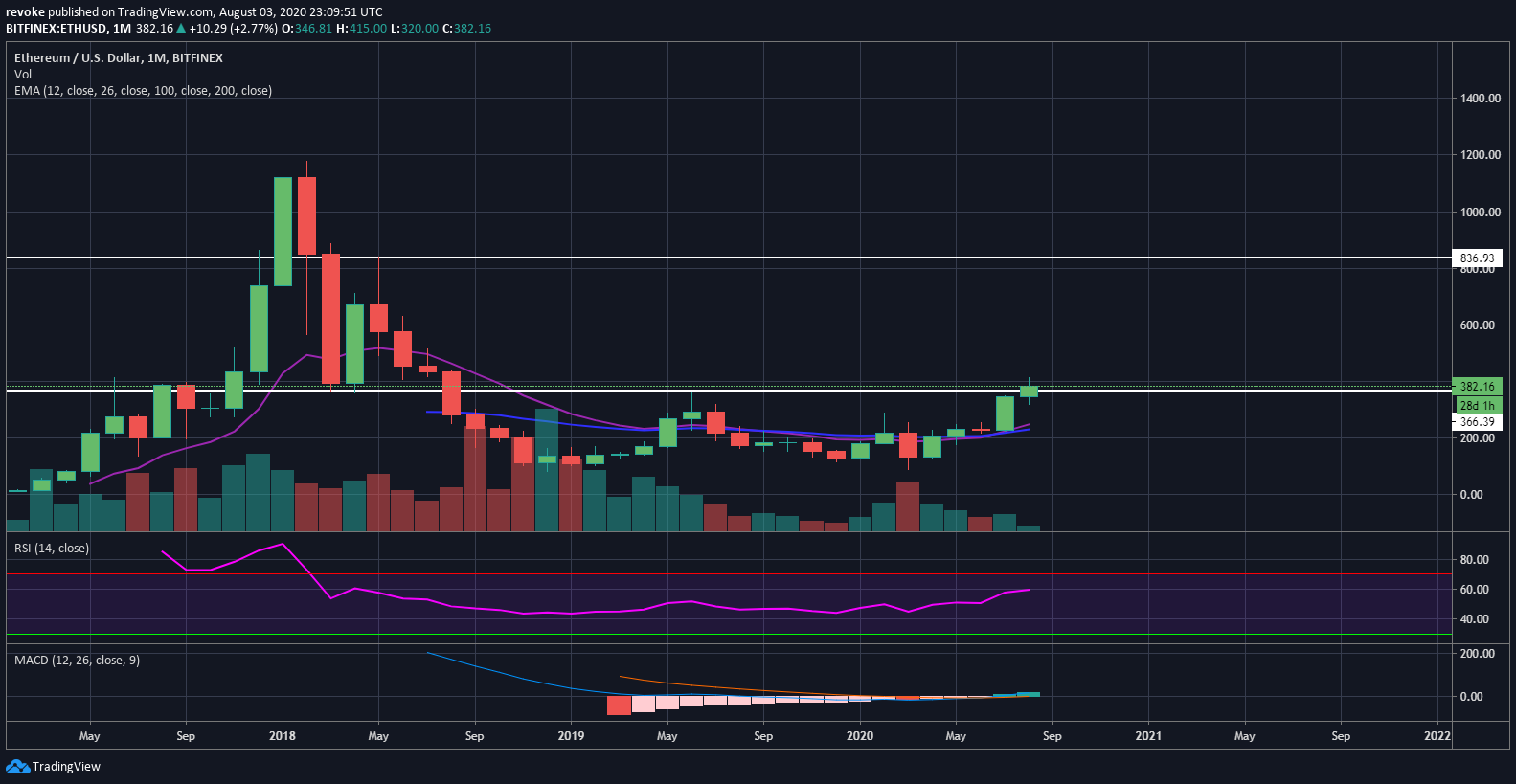 Technically speaking, Ethereum is only facing a major resistance level at $838 and that’s basically it on the monthly chart, of course, besides the all-time high.

Most notably we can see that the 12-EMA and the 26-EMAs have crossed bullishly, for the first time since 2017. Similarly, the MACD has also crossed bullishly, again since a long time ago. Practically all major indicators are in favor of Ethereum.

Additionally, we also know that Ethereum 2.0 is coming, it might get delayed again but eventually, it will be live and will represent one of the biggest upgrades performed in the cryptocurrency industry. It’s entirely possible that most of the initial breakout for Ethereum was thanks to the anticipation of ETH 2.0.

Ethereum whales and holders overall are increasing their holdings. According to statistics from Santiment, the number of Ethereum whales has surged significantly in the past month. The number of investors holding at least 100 Ethereum coins massively spiked from an average of 40,000 to 46,000 in days.

The number of daily active addresses for Ethereum also has increased notably after February 2020 from a low of 172k addresses to more than 500k per day. All of these long-term metrics are showing that interest in ETH is still growing.