Everyone knows ChainLink is heavily criticized over social media especially on platforms like Reddit. It seems that the biggest issue with ChainLink is usually centered on its Tokenomics and the token itself.

Many users have criticized ChainLink for creating a token that was simply not necessary stating that the project could have simply used Ethereum. Just recently a ‘report’ allegedly from Zeus Capital, an investment company, came out stating that it was exposing Chainlink’s Fraud.

After being accused of simply spreading FUD, Zeus Capital actually doubled down on their ChainLink prediction stating that LINK co-founders are buying luxury and multi-million dollar condos thanks to the pump-and-dump ‘fraud’.

Zeus Capital has also come under scrutiny for its obsession with ChainLink and nothing else. It does seem that the company only talks about LINK price and has advised its users to short LINK, around 2 weeks ago. Unfortunately, as of now, this short would have been disastrous as ChainLink is blasting through all resistance levels touching $11 and $4 billion in market cap. 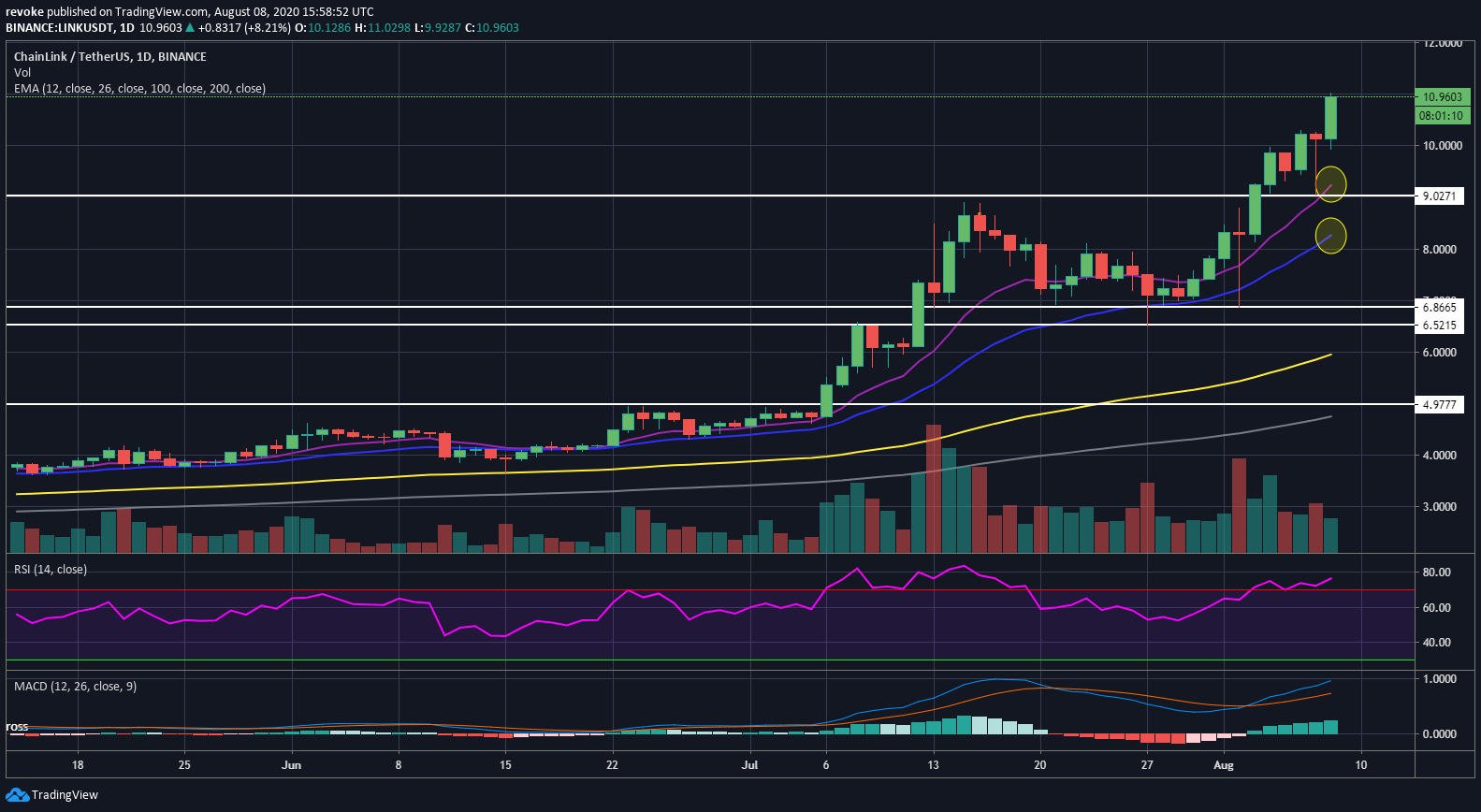 The daily chart is heavily in favor of the bulls which are facing very little resistance to the upside. They have been defending the daily 26-EMA for months now and will not face any strong selling pressure unless they lose the support level.

The trading volume of ChainLink has been surging significantly in the past month from an average of only $80 million in January 2020 to highs of $1.3 billion now. When it comes to market dominance, LINK has one of the most parabolic charts in the entire market. 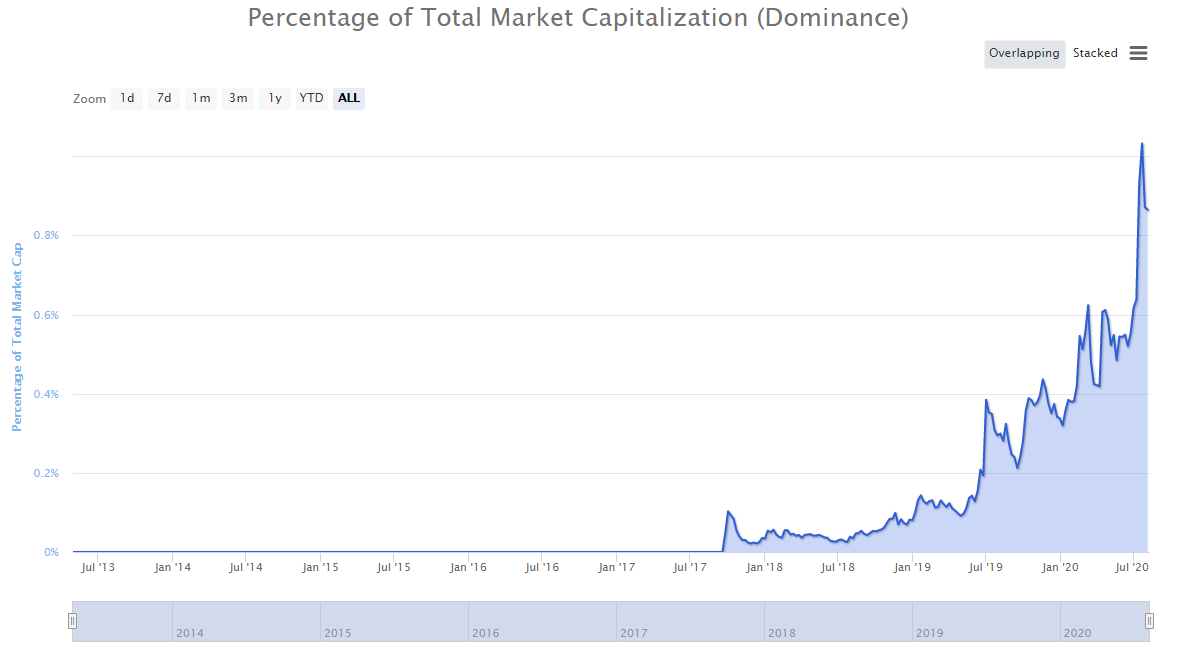 When it comes to longer timeframes, ChainLink obliterates major coins like Bitcoin and even Ethereum. The weekly chart is insanely bullish with a sturdy uptrend and very little resistance to the upside. Bulls also managed to establish a few support levels on the way up which should help LINK price in case of a pullback. 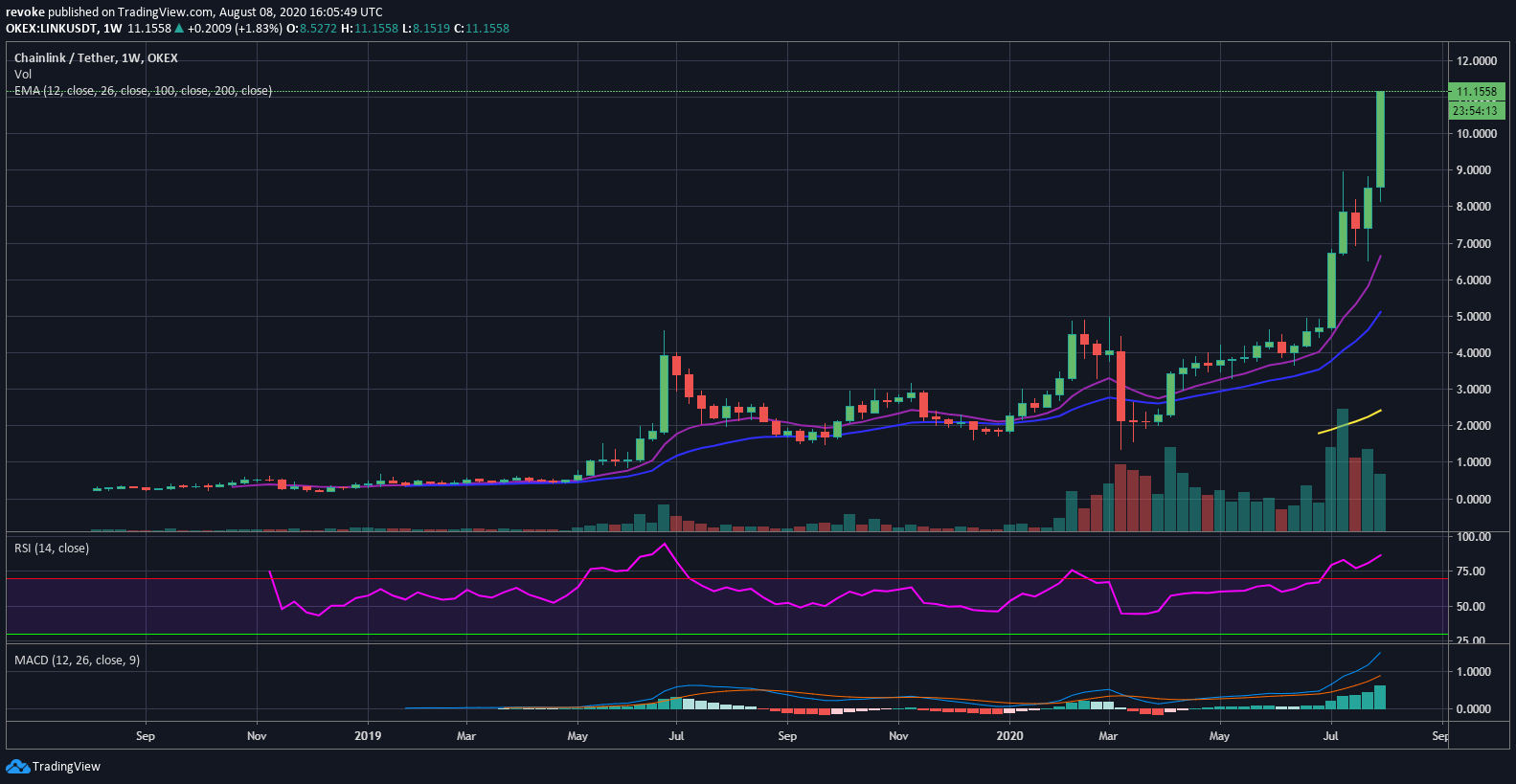 The trading volume has clearly increased in the past 5 weeks. The price of ChainLink is up by more than 700% since March 2020. The RSI is indeed overextended but it’s clearly not an important factor as FOMO and the market being so bullish are still pushing LINK to new highs.