What are cryptocurrencies? What is a blockchain? What is a Bitcoin? The basic terms 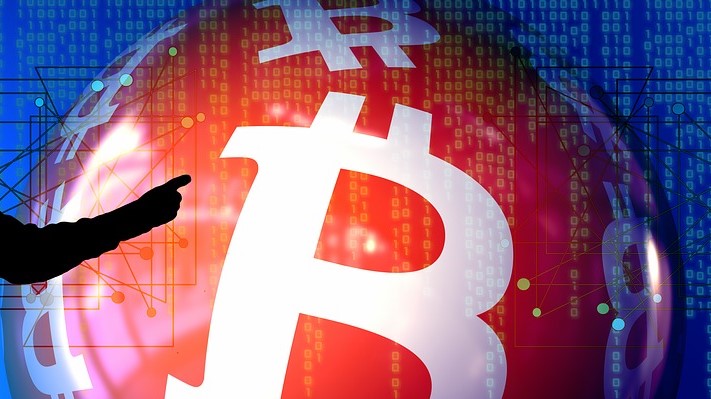 What is a Blockchain: The most important aspects of the Blockchain-principle

A Blockchain is a public accessible ledger. Everyone can review it, but no single person can control it. The blockchain gets updated by the whole network. Every new entry has to follow very strict rules. Every ten minutes a new block is added to the blockchain. A block consists out of the transactions, that have been announced in the last 10 minutes.  New blocks have to incorporate a link to the previous block, so that the order of the blocks is immutable fixed. This creates the block “chain”. To change a transaction after it got built into the blockchain, all of the blocks that came after the transaction would have to change, which is really unfeasible. The blockchain is distributed and broadcasted to thousand participating users, that verify every blocks validity. This system makes it impossible to print “fake” Bitcoin.

What is a transcation?

A transaction is a process in the blockchain-network. This process is created when it is initiated by an adress, for example when an adress wants to transfer coins or interact with a smart contract. Nodes are computers in the network, that run the blockchain software. When a transaction between two nodes takes place, for example the trade of coins, it gets broadcasted to every node in the network.

What is a Miner?

Some nodes, so called miners, order and collect transactions. A few years ago it was still possible for every PC owner to act as a miner. For a few years the needed computational power needs specialized hardware. Miner write their collection of transactions into a block. The size of the block is dependend on the programming of the cryptocurrency. The miner who is the first to solve a cryptographic puzzle is allowed to broadcast his block to the network. As a thank you he is rewarded some (newly created) Bitcoins – the so called block reward.

How long does it take to writte something in the blockchain?

Blockchain transactions take place in real time. The distribution to all the blockchain nodes takes 30 – 45 seconds. After that the transaction has to wait, until a miner that is able to broadcast it to the network included it into its block. This usually takes 10 minutes. One hour after the block with the transaction was broadcasted the transaction can be considered as completely done. It is possible to reward the miner with a small bitcoin fee, so that he will include your transcation into his block.

What is a Bitcoin?

Bitcoin is the most recognized digital, decentralised curreny, which is created through solving cryptographic tasks. Transactions are written into a decentral blockchain, which ensures that Bitcoin is always available and immune to manipulation. The revolultionary aspect of Bitcoin is that it does not need a central authority like a bank for validation of transactions. The current price of Bitcoin in USD/Eur/Yen (Fiat) is created through supply and demand.

Ethereum is another on decentralized blockchain system, which is mainly used for easy execution of smart contracts, so digital contracts, which are executed automatically. This for example would enable a container to initalize the payment of its freight, after arriving at its destination. The name of the associated currency is Ether.

What is an Initial Coin Offering (ICO)?

ICO is an acronym for “Initial Coin Offering”, so the first distribution of a new coin. Not without a reason ICO “Initial Coin Offering”  sound similar to IPO = Initial Public Offering – the first distribution of a new share, or the first distribution of company shares for companies that have been owned by a private person before. As of today almost daily ICOs take place, and every ICO usually creates its own coin. Each of these companies/coins usually has a “whitepaper”, that explains the (buisness) model of the coin and the company. If the company is successful and/or uses the coin in its ecosystem the value of the coin usually rises. This is what early investors are counting on.