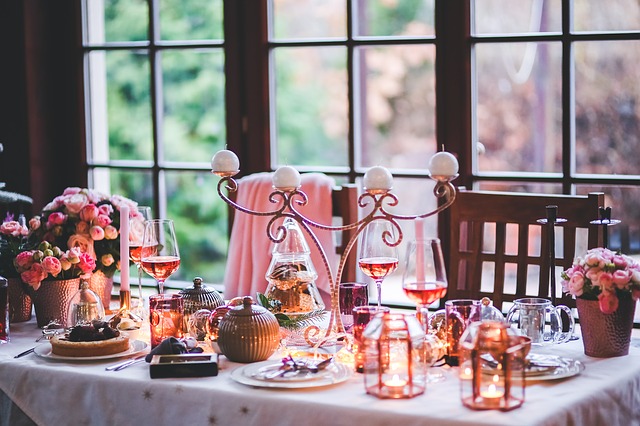 How about a $4.57 million dinner? Most would say no thanks. And how about having it with someone who really doesn’t like your industry and keeps saying it will fail. Doesn’t seem to make any sense right? Well, it seems that cryptocurrency pioneer Justin Sun is going to do exactly that, paying for a $4.57 million dinner and having it with Warren Buffet. This is part of the annual fundraising event done by Glide charity. Justin Sun plans to convince Warren Buffet of the technology and merits of blockchain with the time he gets to spend with Buffet.

Justin Sun announced in a tweet on Monday morning that he had secured a lunch with Warren Buffett after bidding a record $4,567,888 in a charity auction. Sun, who is based in Singapore, is originally from China, where the number “8” is known to signify good luck. The bid is a 38 percent rise from last year’s $3,300,100. The tradition started in 2000 when the first lunch was sold for a mere $25,000 by an anonymous bidder. Over the years the charity has raised over $30 million. The lunch, which is presented by eBay and the Glide Foundation, is held at the famed steakhouse Smith & Wollensky in New York City. The auction was hosted exclusively on eBay, with final bids due May 31. As in previous years, 100% of the proceeds were donated to the Glide Foundation, a San Francisco-based charity which provides local services to the homeless. The foundation is supported by Buffet’s wife. Even though the official announcement hasn’t come yet, the lunch is expected to take place in the same place as in the past.

Sun is the founder of the cryptocurrency “Tron,” which is one of the top 10 “crypto networks”, according to Sun’s LinkedIn profile. He has also founded Peiwo, a Chinese peer-to-peer communications app, and is a self-described “protégé” of Jack Ma, the famed billionaire and founder of Alibaba. Sun graduated from Hupan University, which was founded by Ma, and has reportedly made a donation of $1.5 million to his alma mater. Last year, Sun bought BitTorrent, a popular software file-sharing application, for $120 million. Demand for the coin surged when Sun announced the BTT token being able to run on both Tron and BitTorrent networks which is unheard of until now. And on May 30, BitTorrent announced it will letting users store files across a distributed network with the use BTT token.

Warren Buffet has always advised not to invest in industries that one has no idea as to how it works. This is true in the sense that unless an investor knows how the company and the business model works, we can’t predict the future of the company as well as the industry. And he has followed it pretty well, and this has made Buffet lose out on technology stocks, especially Amazon and Apple. This is common knowledge by now, but unlike the tech companies which are just ignored by Buffet, crypto has received some real beating, the most recent being in 2018. Buffet, at his annual shareholder meeting in 2018, was quoted, “Cryptocurrencies will come to bad endings,” and earlier this year he stated, “It doesn’t produce anything. You stare at it all day and the little Bitcoins come out or something like that. It is a delusion, basically.” Even in the past, Buffet has not been kind towards crypto.

Warren Buffet has been wrong in the past especially about technology and has publicly admitted to it. And maybe Justin Sun can convince buffet about the technology and its merits, but it goes to show that even the world wealthiest person who has access to every kind of resource has little to no idea about the crypto. This might be the biggest barrier to mass adoption, and not the infrastructure or regulatory red tape. Most people don’t know what it is or how to use it. In the past year, things have gotten so much easier, almost anyone in the world can use crypto with their mobile. Yet we haven’t seen a huge uptick in adoption, industry leaders need to do more, maybe not in the Justin Sun way but still, awareness is really the key to crypto’s future.
Follow us on Twitter, Facebook, Steemit, and join our Telegram channel for the latest blockchain and cryptocurrency news