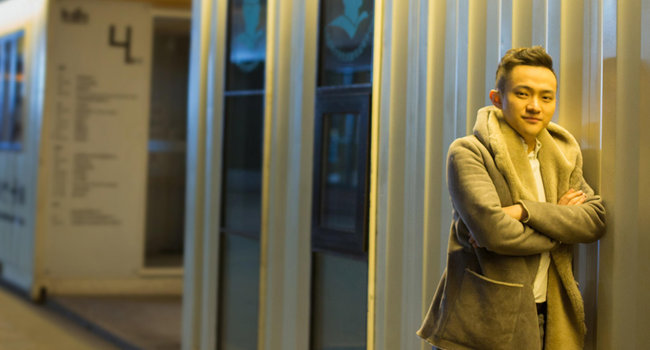 While there’s no doubt that the sheer power of speculation can make cryptocurrencies go up and down (even make them or break them), there are also some blockchain projects whose success is clearly caused by the work, team, and the leadership behind it are doing.

The best example for this is probably Mr. Justin Sun, TRON’s CEO and Founder who is the man behind all of TRON’s plans and is suspected to become the next Jack Ma, for a good reason.

Mr. Sun was only twenty-six years old when he was personally invited by Jack Ma (Alibaba’s founder) to study at Hupan University; an institution founded personally by Mr. Ma. It’s hard to overstate this achievement since, on that year, only forty students were admitted, and this is in Hangzhou, China, a country of billions. Thus Mr. Sun was able to study directly under Mr. Ma, who personally lectures at Hupan, and become a protegé.

Upon graduation, Mr. Sun moved on to do graduate work at the University of Pennsylvania, and then he went back to China to start Peiwo. Peiwo is to China what Snapchat is to the Western World except, it’s probably even bigger.

It features audio-based shows, the ability to chat (they have more than four billion chats completed under their belt so far), it boasts ten million registered users of which about a million are active every month. And it’s still only growing.

Then Mr. Sun became interested in cryptocurrencies, initially by just purchasing some. Cryptocurrencies caught his interest, so he became the China representative for Ripple (also one of the most respected alt-coins today) and then moved on to start his own blockchain project.

As said above, after scoring great successes for both Peiwo and Ripple, Mr. Sun went away to create his own blockchain project, that’s how he founded TRON.

Starting your very own cryptocurrency is a very ambitious project in itself, especially in a world that already includes Bitcoin and Ethereum. But Mr. Sun is aiming much higher than that still.

His vision for the blockchain is that it will enable to create a web that is fully decentralized so all information and entertainment content can be fully independent of corporate influence and monetized directly by their producers. This particularly is a lofty goal at a time in which the American corporate and political system is threatening net neutrality.

It only took TRON six months, after its foundation, to be valued at USD 3.5 billion.

Mr. Sun’s youth, proven track record, intelligence, leadership skills and charisma have gained them an incredible reputation in China and the world over. One of them is Game.com CEO, Xu Le. He considers Mr. Sun one of China’s most talented leaders who gets everything right and will surely keep being successful in the future.

At a time in which the cryptocurrency hype seems to be calming down, TRON is becoming more relevant, even phenomenal.

How Mr. Sun took TRON to the top ten

Over the last few months, every crypto coin has experienced its ups and downs. Yet TRON’s Tronix coin has been experienced a steady rise in price all year long (even if it had its own fluctuations as well).

Last April it got listed in Malaysian’s Coinbene cryptocurrency exchange. That is surely going to help their performance as it can only increase demand. Tronix (TRX) is already listed in some of the world’s main exchanges such as Upbit, Bittrex, or Huobi. The fact remains that more listings are more potential for growth.

Next step for Mr. Sun is to get listed at Coinbase. He had this to say about it:

“The community may have the same sentiment too. Only that it does feel TRX needs one more listing to truly begin to conquer crypto sphere. The missing piece of the puzzle to many is Coinbase, seemingly a “holy grail” in crypto trading sites.”

Rumors of an imminent Coinbase listing have been imparting momentum to the coin, but that’s not all. Tron is scheduled to leave behind the ERC-20 platform in favor of their own Main Net later this month. That also created a lot of excitement.

So there’s no doubt that Mr. Justin Sun is indeed the man behind Tron’s spectacular rise (the firm is not even a full year old yet). He’s creative, competent and a model for the whole crypto world.