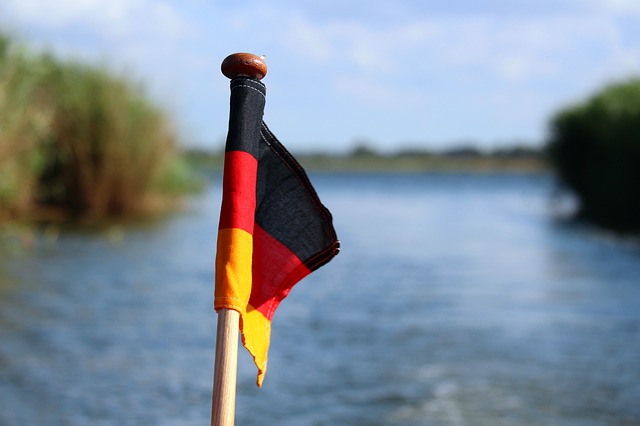 Europe has always been more welcoming to crypto than the US has ever been, especially considering the fact that Europe has one of the lowest adoption rates in the entire world. But friendlier regulations, especially in places like Home> Blockchain Company”>Malta, have attracted a lot of companies, including Balance which is a Chinese company. But the rest of Europe has no fixed policy regarding crypto, especially within the EU as there is no consensus on how to deal with the new technology. Things have turned a little better in Germany as a new set of policies have been adopted which brings more clarity to the situation.

Germany has on Friday released a new strategy after a long and broad consultation, with experts and company representatives which gathered around 6,261 responses. On Wednesday, the new strategy was approved by the cabinet of Chancellor Angela Merkel, even though the size of policy in terms of wordings is small, it covers a wide range of use-cases. A point to be noted here is that although the policy calls for an open-source model, it will be kind of centralized with the government being the arbiter, although throughout the policy paper the word decentralized ledger is used. It also outlines the government’s interest in using blockchain technology in digital identity, securities, and corporate finance.

One of the most detailed parts in the policy paper has been about using decentralized ledger technology to digitize public records, especially those concerning identity. In the document, it is outlined the government will launch a pilot project to test out the viability of these proposals, especially in fields like maintaining the records of civil status, document registration, passports, and ID cards. “It will examine whether these blockchain-based digital identities provide clear added value compared to existing solutions and whether they can be designed in such a way that they comply with legal data protection requirements,” the document says. Another fact that came to light during the consultation was that the public expects the government to protect and handle citizens’ personal information. “It has also become clear that the state is seen as the central organizer or regulator of digital personal identities. The state is under an obligation to guarantee data protection and security in regulatory terms,”  as per the document. There are private sectors already working in this field but none of them have yet to gain noticeable adoption. One of the primary reasons is that it doesn’t have official backing which narrows their use case severely.

Another area explored by the policy paper is certification and verification using smart contracts. This is especially a well-suited use case of blockchain technology. One case the document explores is the integration of IoT with smart contracts, for the purpose of digital identification and verification for autonomous gadgets. Using blockchain to digitally identify such devices has advantages as it leaves a trail for the activity which will be useful especially for the purpose of Administration. Another use for smart contracts that was mentioned was for maintaining standards and certification, this will greatly reduce fraud and scam.

Security offering using decentralized technology has been in the trend in 2019, and Germany wants to give it a boost by fully legalizing it. “If securities were now issued on a blockchain, the execution and settlement of securities transactions could… be carried out more cost-effectively and more quickly than has been the case to date”. This extract from the document beautifully summarizes the intent and reasoning behind the move. A point to be noted is that such a security was already issued in Germany this year, by a startup in the form of a tokenized bond backed by real estate assets.

Facebook Libra project has got a lot of governments and politicians angry and threatened. They perceive it as a threat to national currencies. This fear about the national currency is what drove the congressional hearing and Trump’s tweets, although things seemed to have cooled down in the US. The reaction from Europeans isn’t that different either, France is the fiercest opponent of stable coins, and in this document, Germany also voices similar concerns. According to the strategy, “the Federal Government will work to ensure that stablecoins do not become an alternative to state currencies”. How this will be achieved or implemented is yet to be seen.

German lawmakers have already expressed their displeasure with the lack of regulation as they fear Germany could be left behind, and there has been growing pressure from both the public and investors as well. Whatever the reason that has resulted in the new policy, this is a step in the right direction. Although some points need further scrutiny, such as the hard stance on stablecoin, Libra and Tether use the dollar as their main reserve it is hard to imagine how this affects national currencies and sovereignty. Also, a centralized system like Libra can indeed prevent money laundering and terror financing. As with many other things, Europe tends to regulate things a bit too much, this has become more evident with the new policy.