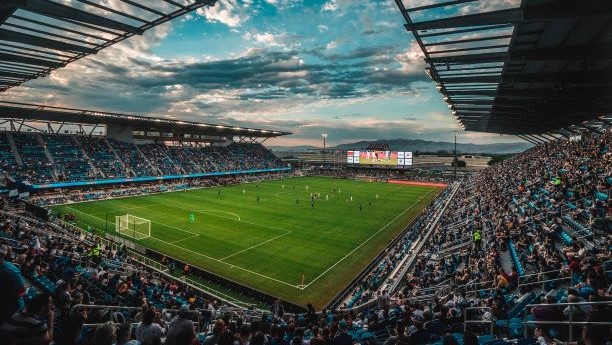 The growing accessibility of blockchain technology has led to more integrations of the technology and cryptocurrency in the daily operations of professional football teams across Europe. News of teams exploring these options has become almost a monthly occurrence, and it does not look like it is slowing down.

Blockchain Use in Football

In the United Kingdom, English Premier League teams made headlines this year with their integration of blockchain and cryptocurrency. London-based Arsenal F.C. became the first major football club to sign a sponsorship deal with a cryptocurrency company in January 2018. They committed to a deal with CashBet and regularly promote their initial coin offering (ICO).  In August 2018, seven teams in the Premier League partnered with the UK-based trading platform eToro to trial their wallets. This allows these clubs the option to purchase and trade players using Bitcoin, rather than traditional fiat currency if wanted. Additionally, Cardiff City F.C. and Newcastle United F.C. have announced they are considering an ICO to raise additional funds in order to keep up with teams backed by major funding, improve their squad, and stay in the first division of the league.

The importance of integrating blockchain technology with clubs’ fanbases has been displayed over the last few months. Current French Ligue 1 champions, Paris Saint-Germain, recently announced that they are partnering with Socios.com to bring distributed ledger technology to fans by increasing their integration with clubs.  In Germany, HYPD is partnered with Schalke 04 and is building an ambassador marketing platform to create campaigns for increased, authentic fan engagement on every level. The technology is used for both teams and fans to engage with each other in an authentic way. The applications of blockchain are just beginning to be explored by football fans and teams.

Use of Cryptocurrency in Football

Use of cryptocurrency itself is rising, taking the spotlight in the football world. Gibraltar United F.C. made headlines as the first team to pay their players in cryptocurrency, coinciding with Gibraltar passing legislation that created the first legal jurisdiction that allows ICOs. According to Forbes, Italian club Rimini 1912 FC was the first team to be purchased with cryptocurrency. Quantocoin owns 25% of the club and purchased it with their own coin of the same name. Lastly, Turkish club Harunustapor made history when they paid with Bitcoin for player Omar Faruk Kiroglu. This marked the first time a player was bought using cryptocurrencies.  More and more cryptocurrency is being used in the financial operations of clubs as the year progresses.

The commercial nature of the sport, with football clubs traded on stock exchanges, billionaire owners, multi-billion dollar commercial agreements and the top clubs adopting conglomerate-style business strategies, we can see the rising adoption of cryptocurrency by football clubs. The modern game of football is a business, and it is a surprise that cryptocurrency has been adopted across a range of commercial activities. However, blockchain technology may bring further benefits to a sport that has been overshadowed by accusations of corruption and shady dealings.

The unforgettable joint raids by U.S Federal Bureau of Investigation (FBI) and Swiss Federal Intelligence Services (FIS) in May 2015, led to the arrests of FIFA officials on alleged charges of fraud and bribery. The aftermath appeared to show that the football world learned its lesson but, that does not appear to be the case. The public humiliation and the takedown of their governing body were not enough. The current FIFA president, Gianni Infantino, was elected in the wake of the scandal on a transparency-and-reform ticket. All seemed pointed to he was going to fulfill his campaign promises. However, funding for the judicial bodies in Disciplinary, Ethics, and Appeal committees has dropped from 2.18% to 1.35% under Infantino.

Additionally, in August 2018 FIFA amended their code of ethics from the previous version from 2012. The new code of ethics created a 10-year statute of limitations for bribery, embezzlement, and matching fixing offenses to be investigated. This new code went into effect immediately after the chair of the UK’s parliament’s committee on sport requested a formal inquiry of Qatar’s award of the 2022 World Cup. There is little chance anything will come from this inquiry with less than 18 months until this 10-year deadline. Furthermore, FIFA introduced a defamation clause for all those involved with the organization stating,

While the international regulatory body of football is becoming less transparent, there is hope for European football. While the professional football world is perceived as being traditional and slow regarding the adoption of new technology, there has been an uptake of blockchain usage in European football. Speculation that the organizational move to blockchain and cryptocurrency adoption is because of the transparency and incorruptibility of the system. Blockchain’s open access system and nature are ways to minimize the corruption, fraud, and bribery scandals plaguing the football world for years. This coincides with the Union on European Football Associations’ (UEFA) 2017 anti-match-fixing initiative to combat corruption, fraud, and money laundering. UEFA teams are obligated to release information about their teams are spending on player wages and agent fees. Blockchain technology ensures the obligation is accurately implemented. The rest of the football world will hopefully take notice.

From buying players with Bitcoin to paying players in cryptocurrency to teams being purchased in cryptocurrency to fans engagement on the blockchain, it looks like cryptocurrency and blockchain are here to stay in the football world. It is important that there will be transparency and accountability moving forward as the amount of money being poured into teams and football organizations continue to rise. The small changes have enormous implications for the future of the football industry but, only time will tell how those changes will form. 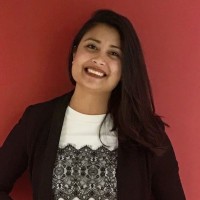 Rebekah is a Crypto-Events & Company PR manager currently based out of Berlin, Germany. She is actively involved in event planning focused on bringing education of blockchain use and technology use in everyday life. Her interests revolve around politics, sports, and education.

Ripple Price Struggling To Climb Above $0.26

XRP is currently trading at $0.251 after the bulls have managed to establish a few higher lows. The price of …