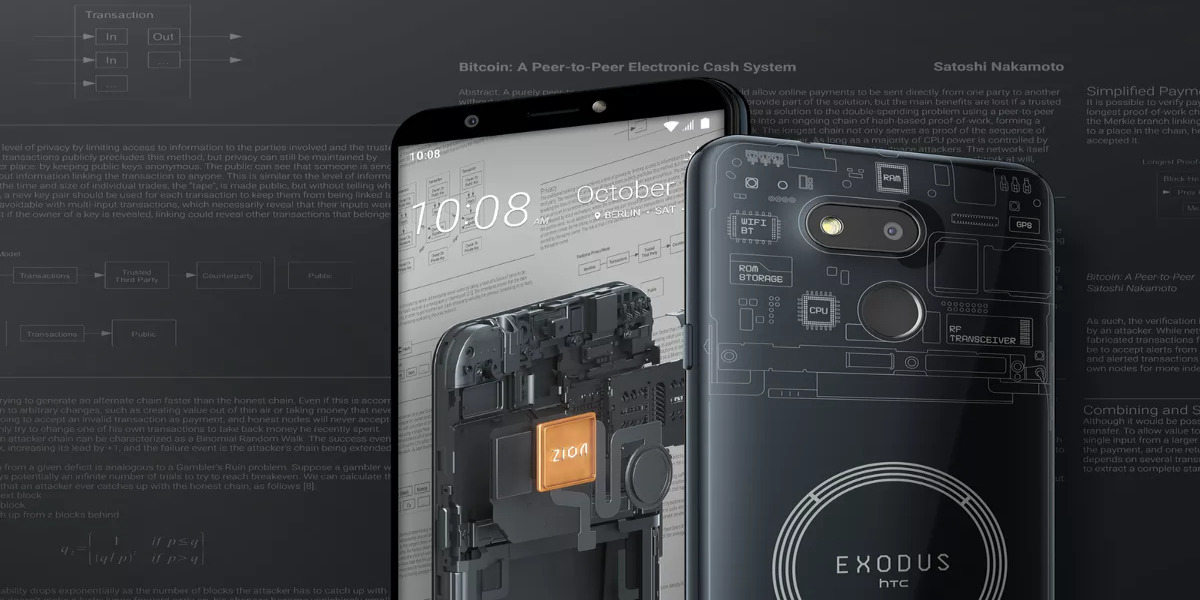 HTC Exodus – a smartphone known for its blockchain capabilities and specially designed for crypto operation, further integrated support for Decentralized Finance (DeFi) and SegWit functionality, via a Firmware Over The Year (FOTA) update on April 29. The update enables Exodus users to use Compound, Maker DAO, Stellar memo and SegWit on the smart phone’s proprietary Zion platform. It also includes the Google security page and the ability to search with URL on DApp hub.

HTC Exodus now supports two main products of the Decentralized Finance (DeFi) world – an open and transparent financial system being constructed on top of the blockchain. Compound allows one to lend out crypto-assets to earn interest and Maker DAO allows minting of DAI stablecoin by keeping crypto-assets as collateral.

HTC Exodus now supports the Bitcoin Segregated Witness (SegWit) upgrade which allows for secure and efficient transactions. SegWit separates the main part of the transactions from the authorization part lending security. It can also reduce the transaction size, which means that more transactions can be batched together saving fees.

The Initial Block Download (IBD) speed has also been increased. In the process, nodes sync themselves with the network, by downloading blocks that are new to them.

HTC Exodus now supports messages included with the Stellar transactions i.e Stellar memo. This is necessary for making deposits to such exchanges, which need a way to distinguish between customer funds.

Zion is the crypto management platform and private vault on HTC’s blockchain enabled smartphones, which securely stores crypto-assets and allows users to manage them. It functions similar to a hardware wallet, since the user maintains complete ownership of the crypto-assets and the private keys never leave the device.

Blockchain Crypto DeFi Ethereum
What Are DeFi Crypto Coins? An Explanation Of The Important Concepts

There's good news on Ethereum's sixth birthday. Ethereum merge (the transition from Proof of Work to Proof of Stake) an …

Chainlink released a report about the long proposed and highly anticipated Chainlink staking feature on July 27, which will see …

THORChain is in hot waters again less than 24 hours after the last hack on July 23. This time it’s …