After 2 weeks of sideways trading and a daily Equilibrium pattern set, the bulls were finally able to see a positive breakout today with a 6% move to the upside. Bitcoin is currently trading at $7,550 and peaked at $7,738 before a small consolidation period that is currently ongoing.

The bulls have now managed to confirm yet again the current Bitcoin daily uptrend while keeping the MACD and EMA’s bullish.

Clearly, Bitcoin price is extremely bullish right now and close to recovering entirely after the crash on March 12. The bulls are basically facing no resistance until well above $9,000 and the only factor stopping them will be buyer’s exhaustion. 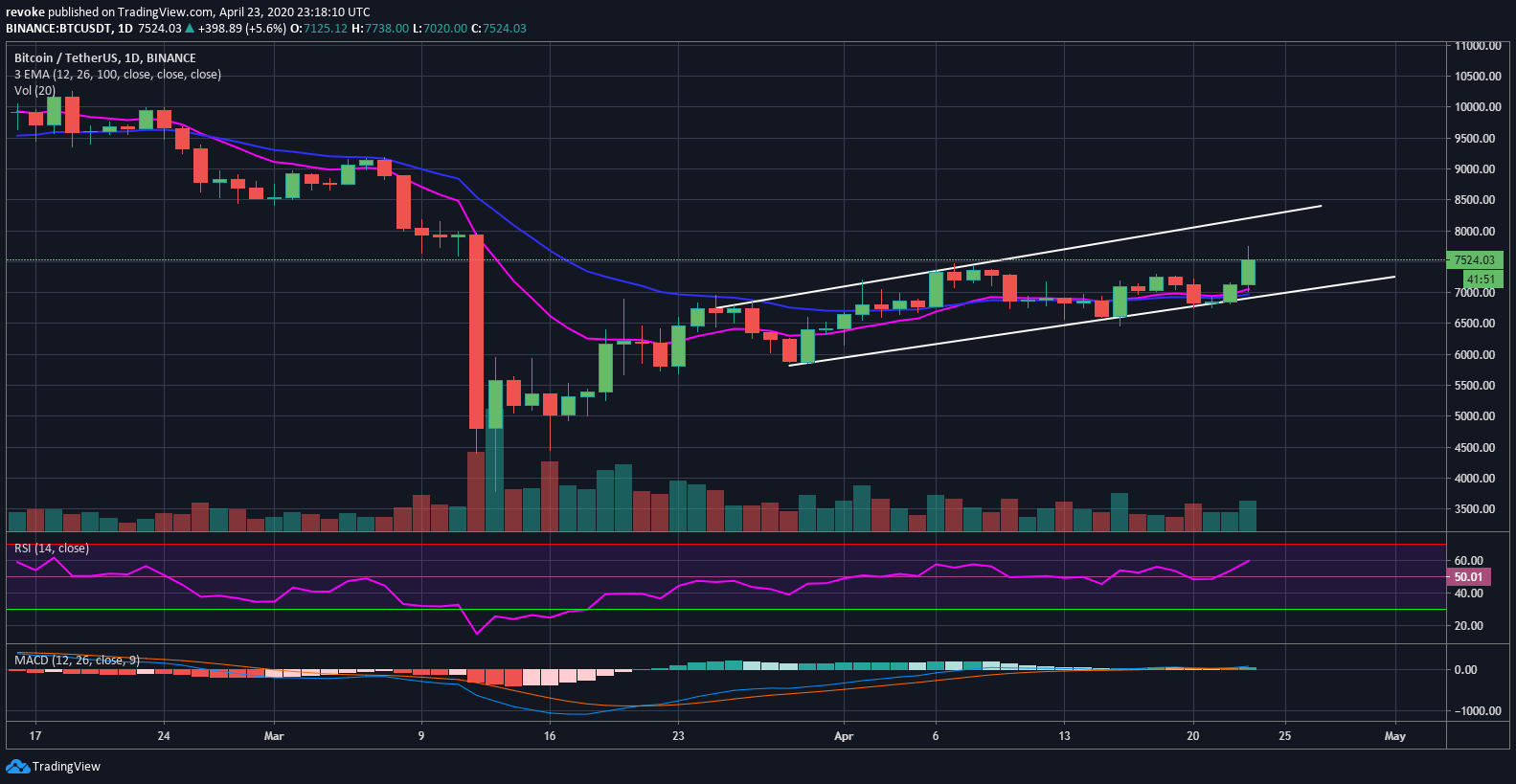 However, buyer’s exhaustion is not likely to happen because of Bitcoin’s upcoming halving event.

The 4-hour chart is clearly in an uptrend with a clear bullish MACD and both EMAs crossed bullishly. The RSI, however, is in the overbought zone and could mean a small dropdown for the bulls.

Bitcoin bulls are now trying to form a 4-hour bull flag, a pattern that is very likely to be set in the next 24 hours.

It seems that Bitcoin has decoupled from traditional stocks as they continued trading sideways while the digital asset has seen a bullish breakout. Oil futures fell by more than 100% going into the negative numbers so it’s pretty clear that BTC is now leading the way. 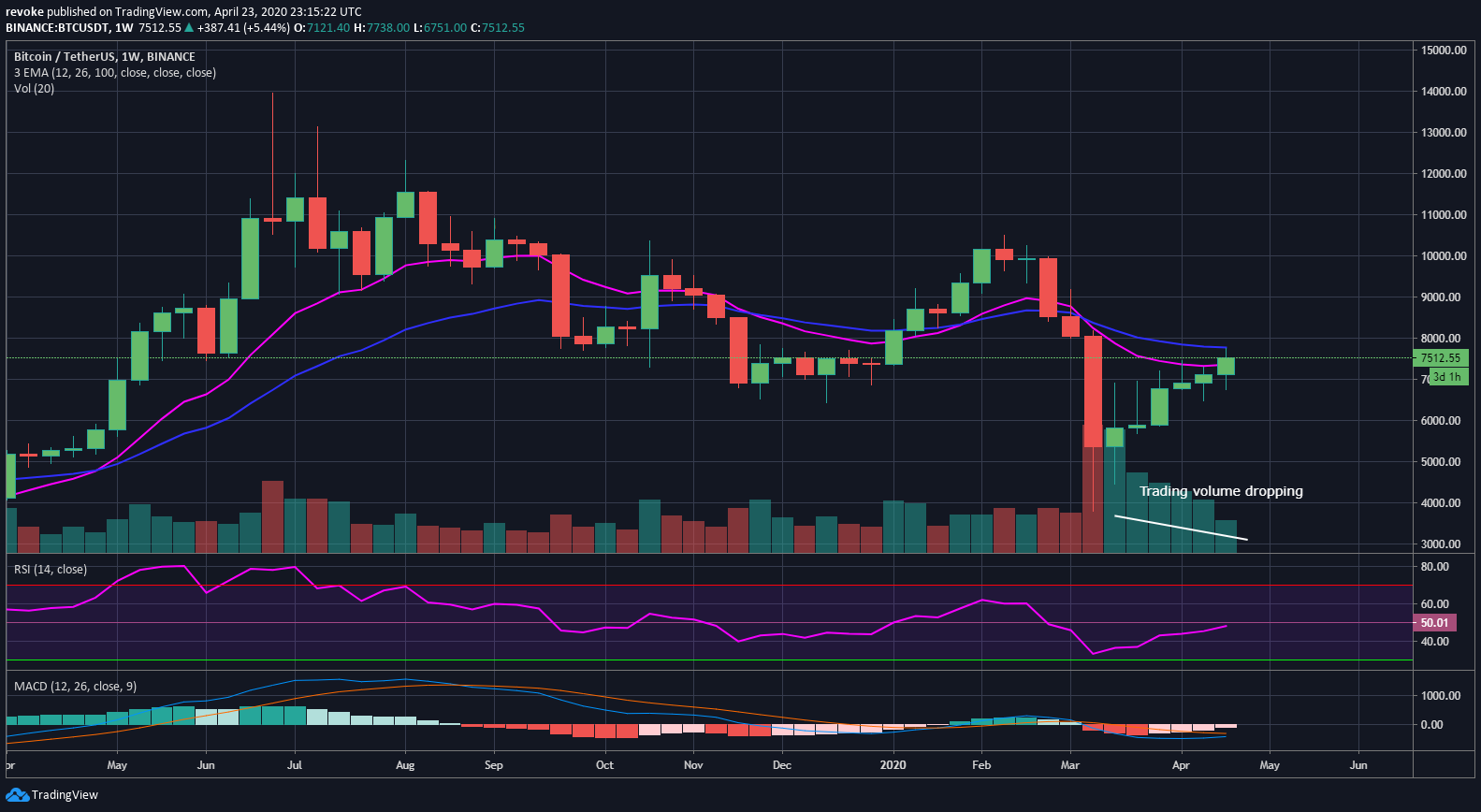 The weekly chart is now the most important long-term time frame. We are seeing a clear drop in trading volume but the bulls have been able to break above the 12-period EMA and were just rejected from the 26-EMA. If the bulls can definitively break and close above both EMA’s it would be excellent news for the long term of Bitcoin.

It’s important to note that anything below $10,500 is simply a lower high in the weekly chart and Bitcoin would remain in its current weekly downtrend, however, a close above the EMAs would signal a clear shift in momentum favoring the bulls.

How Will Halving Affect Bitcoin’s Price

Obviously, the most critical event for Bitcoin is its upcoming halving event, set to happen in less than 3 weeks from now. Although many cryptocurrency enthusiasts believe this will help Bitcoin see a massive spike in its price, history shows a different picture.

The last halving events had no significant impact on Bitcoin’s price, at least not immediately. For the most part, Bitcoin’s price was trading sideways after each event but did see a massive increase over the next year.

There is, however, a lot more interest and demand for Bitcoin, a factor that will certainly play a huge role in the upcoming halving. It’s possible that this time around Bitcoin will see a huge price spike before the halving event but it’s also important to note that buyer’s exhaustion might be closeby considering how bullish Bitcoin has been for the past month, increasing by more than 100% in its market price.