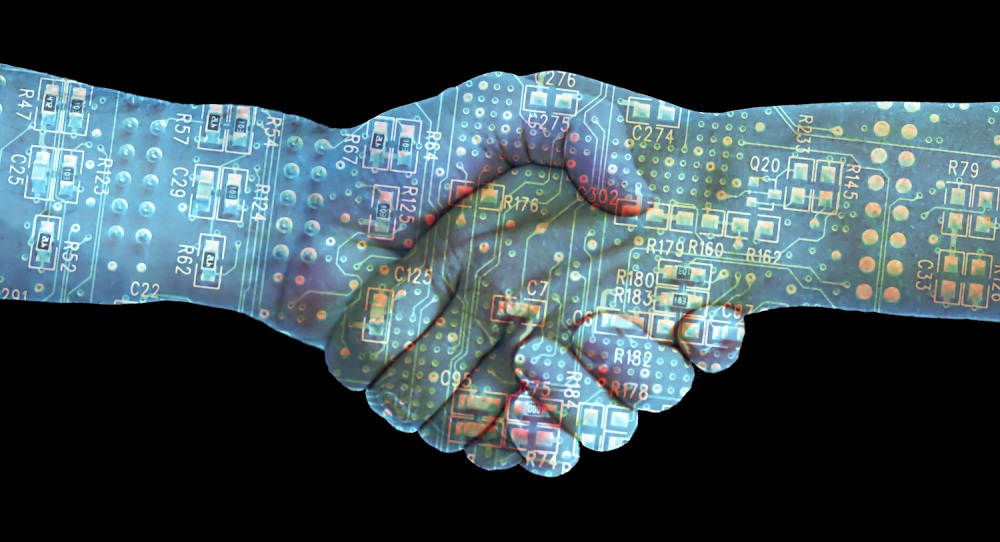 Starting out on a technology journey is never easy. History has taught us though that by starting the journey the path will become clearer and solutions will follow.

The telephone was thought of as a foolish venture. Too many human operators would be needed to connect all those calls. Who would have thought, 75 years ago, that marrying a teletype to a telephone and then a telephone to a television would result in something close to Dick Tracy’s wristwatch — a portable device allowing instantaneous voice, video and text communication from everywhere to anywhere at any time?

Today, many blockchain experiments in finance are being converted to real-life applications providing meaningful solutions to existing problems, such as Nasdaq’s private equity trading exchange, the Depository Trust and Clearing Corp.’s trade warehouse and credit default swaps platforms and IBM’s bank consortium for international trade for small and medium-size enterprises. The technology is also finding new uses such as cloud storage, digital identification and a proliferation of non-central-bank digital currencies.

The real transformative vision, replacing the financial system’s infrastructure of multiple ledgers with a single distributed ledger, needs a continuous regulatory rethink and additional technology upgrades. Most importantly, it needs to unlock the control over infrastructure by powerful centralists in favor of transaction flows among financial institutions themselves.

Regulatory accommodations are already evident, speedier transaction validation only needs time, and the centralists need a push by those in whose name they serve, mainly the largest 100 or so financial institutions, most of which regulators have pegged as globally or domestically systemically important.

In 1993 I was experimenting with the newly commercialized ARPANET as it was about to be rebranded the internet. We built one of the first commercial financial applications, an Investment site called INVESTORS Advantage. Every day I walked into the office asking “how slow is it?” In those days this was the critical issue.

There was no lack of vision as to what we could do with the internet’s marvelous new communications capability and its dazzling presentation technology. But back then it wasn’t fast enough, especially for the main large-value-transferring B2B applications in finance — clearing, payment, settlement, and trade and position recordkeeping. But the speed issue is long a thing of the past.

Now the same thing about speed, that it’s not fast enough, is being said about the use of blockchains, more specifically the two breakthrough components: distributed ledger technology (DLT) and cryptographic validation of transactions.

Like the internet before it, blockchain technology needs patience to achieve speed. “If you build it, they will come” is transformed in the blockchain space to “build it and speed will come”.

Concerns about latency are understandable, given the recent bottlenecks and impasse over scaling the original blockchain, the one behind the digital currency bitcoin. Proof of work, the hard-to-find but easy-to-verify math problem that must be solved to write to a secure blockchain, requires powerful computers. But Moore’s law has processing speed increasing twofold every 18 months, proportional to the density of the number of transistors per square inch, and large financial institutions can support a proof-of-work system’s computer and bandwidth requirements. They can also leverage their permissioning role as the portal into the financial system, augmented by a watchful regulator sharing a node on the distributed ledger and, perhaps, each of the financial institutions’ auditors as well.

So what, then, will be the gating factor that will not allow blockchains to realize the transformational vision for finance anytime soon? It’s repositioning the financial market infrastructures (FMIs) and utilities (FMUs) whose very existence is threatened by DLT.

DLT is a distributed database that records every transaction and distributes this information across computer nodes connected to the internet. It is a single immutableledger shared by all. It has tremendous promise to remove many of the thousands of databases that financial intermediaries and financial market utilities use to store their own versions of this same data. Reconciling separate, nonstandard transaction and ledger data that is separately validated, aggregated and kept by each financial institution (and also by hundreds of centralized FMUs across the global financial supply chain) is one of the largest costs borne by the industry and a major source of the financial system’s vulnerability to cyberattacks.

The other visionary attribute of a blockchain is the substitution of cryptography for matching and reconciliation to confirm the validity of a transaction. However, without standardization of the underlying identity codes and the transactions’ reference dataelements, there can be no use made of this secure, less vulnerable technique in mainstream financial services.

An allied blockchain concept, smart contracts — the automation of a transaction’s interpretation of its data into its real-world financial impacts like payment or custody of assets — cannot work if what is being sold and transmitted for validation is not the same as what is expected to be acquired.

Today, the global financial system operates with different coded data identifiers and non-standard data elements that have to be mapped together to connect between systems. Where they differ, they must be reconciled manually. Individual firms and their commercial clients, in turn, are connected through a myriad of networks that too need to reconcile a financial market participant’s identity and the transactions’ data elements at each data handoff point and through vulnerable legacy systems at its end points.

Because of its incremental unplanned design, the large value B2B financial system is one of the most expensive and vulnerable ecosystems. Not only because it conveys high value transactions but because of the age of the thousands of interconnected systems that rely on mapping multiple identifiers and nonstandard data elements, reconciling differences manually when they do not match up.

The infrastructure of the global financial system today looks more like a Rube Goldberg contraption, those incrementally complex constructions designed to accomplish a simple objective, than anything approaching an efficient design.

To enable manual reconciliation, there are significant time lags measured in days between when transactions are entered into, when they are validated and when value is transferred. This time lag leaves the overall system — whether within different business units in a single firm, or across multiple firms — vulnerable to cyberattacks.

The front end of the global financial system runs in real time. The middle and back end, all that which transfers value, run at the speed of oozing molasses. Today’s blockchain speeds, measured in minutes, is far speedier than a trade currently takes, days, to be settled and paid for, and value transferred.

Regulators are already accommodative. Witness the regulatory sandboxes being set up in Australia, Hong Kong, Korea, Malaysia, Singapore, Thailand and the U.K.; and the consultations on fintech and regtech authored by the Financial Stability Board, European Securities Markets Association, International Organization of Securities Commissions, the European Central Bank, the Office of the Controller of the Currency and the Federal Reserve.

Speed is not the issue now and speed will steadily if not exponentially increase in the near term. It’s the centralists that are holding onto their roles as reconcilers of data.

The centrists, mainly FMUs and FMIs, are sponsored if not owned by the largest financial institutions. The institutions themselves must give up the centralists’ ethos of a long ago era that served its purpose well. They must align their interests with the blockchain ethos of global standards, cryptographic authentication and elimination of reconciliation by centrally organized infrastructure entities in favor of this new technology that truly changes everything.