What Is Anyswap Project? What You Should Expect from ANY In 2022!

While the boom of the cryptocurrency space has been evident recently, the DeFi space has started to enjoy recognition. Since early 2020, the Decentralized Finance (DeFi) terrain of the crypto space has stamped its authority in the growing ecosystem. The young DeFi space, equipping crypto users with various financial products and services, has also become integral to its growth. Services ranging from Lending to the borrowing of cryptocurrencies for rewards continue to highlight the importance of the DeFi space. However, one household DeFi name currently making waves is Fusion-Powered AnySwap Protocol. In this article, we will be looking into the Anyswap project to determine its outlook in the crypto market.

What Is AnySwap Protocol?

AnySwap is a decentralized cross-chain swap protocol for variant tokens, incorporated with an automated pricing and liquidity system. The protocol was launched in July 2020 and powered by Fusion Blockchain. It’s one of many networks in the DeFi space that facilitates cross-token swaps and trading. Also, the Decentralized Control Rights Management (DCRM) technology of the Fusion Chain powers the protocol.

This power equips it with the ability to swap tokens from supported Blockchains. The partnership also allows the protocol to enjoy high speed and low gas fees offerings from Fusion Blockchain. It also allows the protocol better to manage the flow of movement of tokens between blockchains. Apart from Fusion, the protocol also supports Ethereum, Binance Smart Chain, Huobi ECO Chain, Fantom, and Polygon. At writing, more than 90% of cryptocurrencies have operations in AnySwap, including Litecoin and XRP. The governance and utility token of the protocol is ANY, which is the most important part of the protocol. 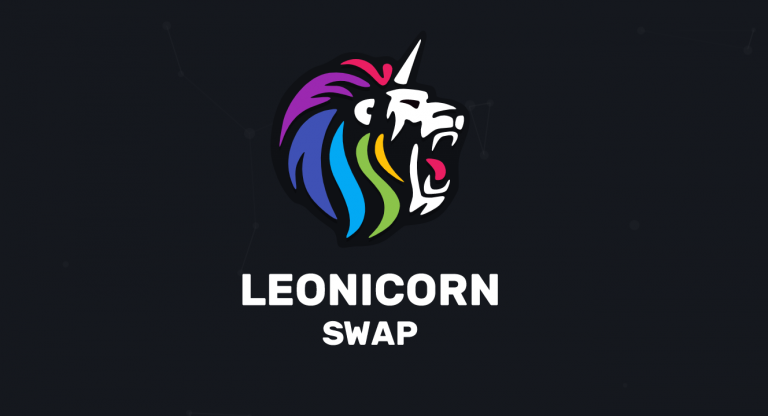 Listed below are the functionalities and features of AnySwap, which have made the protocol highly scalable and unique;

One of the uniques features of AnySwap is that the security-focused Fusion Network powers it. Fusion is a chain popular for high-grade technology to ensure optimum asset security. This ensures that information concerning the asset’s security is not compromised. Another way the protocol ensures security is also via its open-source smart contracts. The Open-source nature is essential, as it makes it easier to verify whether it is truly decentralized. The protocol has also passed through an audit by Slow Mist to guarantee the security of its smart contracts.

This is because users feel more secure using any of the AnySwap ecosystem products or services. Another unique feature of the protocol is that the ANY token allows users to exchange cryptocurrencies with immediate effect. Lastly, the ANY token is also very powerful in its ecosystem and remains a vital tool to its holders. The token currently enables holders the freedom to determine which coins are most suited to be on the Anyswap DEX.

What is ANY Token?

ANY is the governance and native token of the AnySwap Protocol. An ERC20, BEP20, and FSN token conform to Fusion platform standards. Its holders can participate in governance and vote on the protocol’s working nodes. Holders of the token are also eligible to decide on the currencies that list on the AnySwap DEX. AnySwap DEX is the native and AnySwap-powered DEX. Investors on the protocol also receive rewards with the native token. The total supply of the token is 100 million coins.

Its circulating supply is currently around 17 million tokens, with 85 million sets to go out in the next four years. These tokens will be distributed via mining blocks, as 8.5 ANY will be available per block mined. About 10 million Fusion blocks should have been mined at the end of the four years. One can either join liquidity provision or mining on the AnySwap platform to own the token. Alternatively, the token is available for purchase on AnySwap DEX, Hotbit, 1inch, Coin98, and SushiSwap.

How To Buy ANY Token

ANY token is currently available for purchase on many exchanges. However, the four steps below will help you purchase the token on the Coin98 exchange.

The utility token of the AnySwap Protocol, since its launching, has remained an integral tool for all within the protocol’s ecosystem. Despite a fall in price in the late last year, the token seems to have shaken off the slump. Its market capitalization stands at a staggering $1,275,622,896.10, amidst 24hour trading volume nearing $46,216,409.21. Its current price of $13.04 is far from its all-time high (ATH) of $34.24 in January, but it’s moving up. This week, the token is up by 25%, and crypto analysts believe it should hit the previous ATH by Q2 2022.

The token is performing considerably well and should enter a bull run before the last quarter of 2022. Based on Coin Codex’s short-term technical analysis and indicators, the token shouldn’t end 2022 less than $35. Alternatively, Gov Capital believes it would be a failure if ANY trades for less than $62.26 by December 2022. Surprisingly, WalletInvestor is aiming higher, as they predict the token to hit $65 by the end of the year. However, while these are mere speculations and projections, only time will tell the future of the token. Another huge predictor of the fortunes of the token is the future of AnySwap.

What Is The Future Of AnySwap?

The crypto community expects AnySwap to be a revolutionary protocol that will spur mainstream blockchain. The expectations revolve around expecting the protocol to solve many decentralized exchanges’ interoperability and liquidity problems. However, it has been doing that for its growing community and the crypto ecosystem at large. The protocol will continue to offer advanced technology and enhanced solutions for its growing users in 2022.

By providing fast, highly secure, and cheaper services, the protocol will dominate the DeFi market in 2022. According to its developers, the protocol will also incorporate a Layer 2 solution for its platform by deploying Polygon Network. This will enable Ethereum users on the protocol to transact more quickly and cheaply. The protocol is also working with SushiSwap to offer cross-chain trading on its platform. Should this scale be successful, it will also positively impact the fortunes of AnySwap and ANY token.

Launched in 2020, AnySwap is a decentralized cross-chain protocol for variant tokens, incorporated with an automated pricing and liquidity system. One of the uniques features of AnySwap is that the security-focused Fusion Network powers it. Fusion is a chain popular for using high-grade technology to ensure optimum asset security. ANY is an ERC20, BEP20, and FSN token and the governance and native token of the AnySwap Protocol. Despite falling from its ATH prices, crypto analysts predict the token to hit giant strides in 2022. At large, the crypto community expects AnySwap to be a revolutionary protocol that will spur mainstream blockchain this year.