However, in the last 48 hours, there were signs of red in the cryptocurrency market. All of the top 100 cryptocurrencies by market capitalization – spare a select few like Nano, Tether, and Dentacoin – have been in the red today. 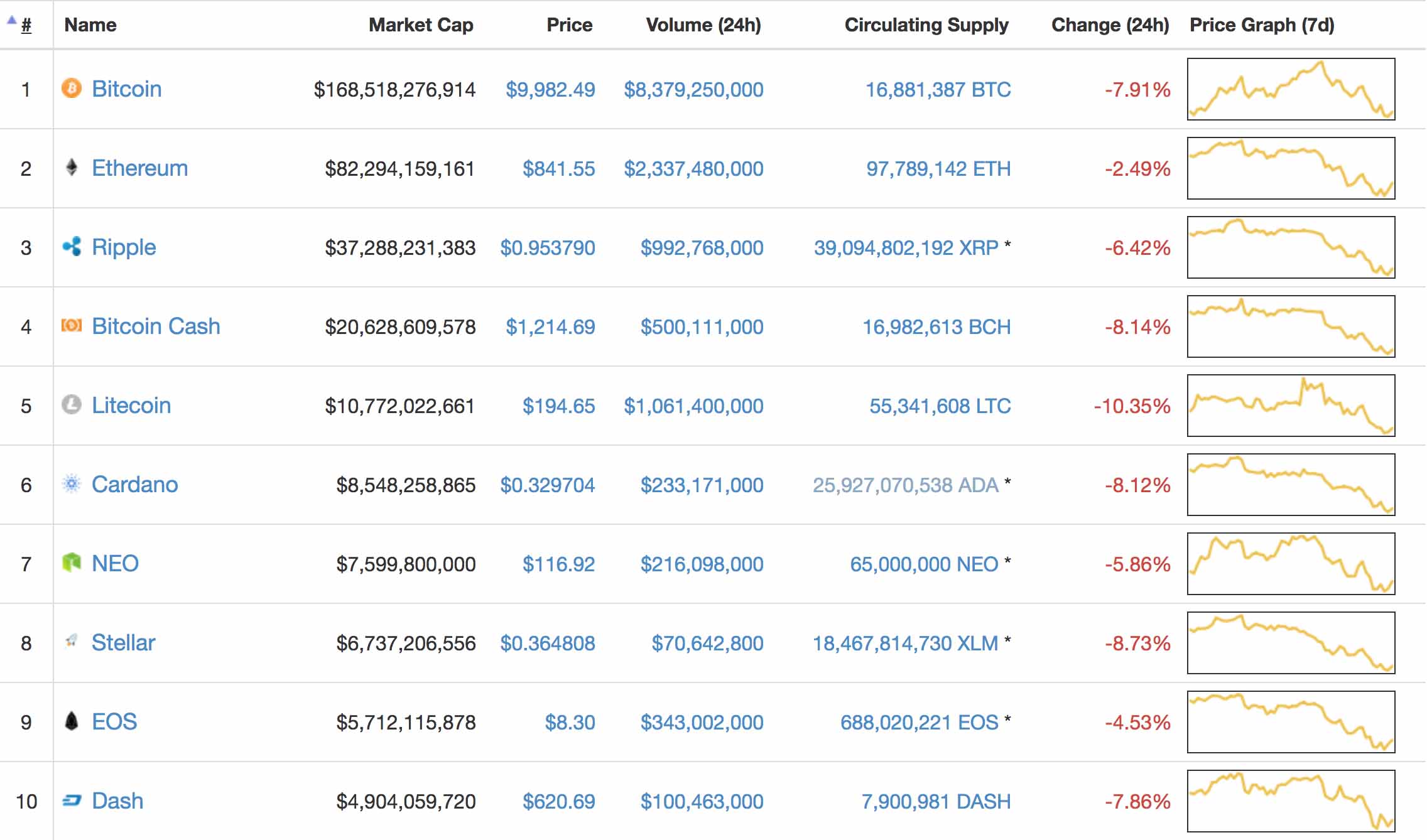 According to data from CoinMarketCap, the price of Bitcoin has declined over 8% in the last 24 hours. This might not seem like much, but the drop brought Bitcoin back to a four-digit price tag, breaking past the $10,000 support level. Ethereum, the second largest cryptocurrency by market cap, dropped to $794.79, hitting a one-week low. Ripple, the cryptocurrency launched by the San Francisco startup Ripple Labs, have also been trading at sub-$1 levels for the most part of today.

Out of the top ten cryptocurrencies, Litecoin – which has had an impressive rally ever since the launch of LitePay – suffered the worst losses, shedding nearly 10% of its value in 24 hours.

Nano Rising Amidst the Bloodbath

Surprisingly, when the entire market was full of blood, a special few were impervious to the correction. Among that, the most impressive and promising one is Nano, the cryptocurrency that boasts feeless and instantaneous transfers.

Throughout the last 24 hours, the price of Nano has been surging as it made solid gains over Bitcoin. The NANO/BTC ratio increased by over 27% in the last 24 hours, effectively bringing Nano’s price back to double-digit levels. At the time of writing, the price of Nano is hovering at $10.36, but it is uncertain if this will revert when Bitcoin and Ethereum start pumping again.

The total market capitalization of all cryptocurrencies currently stands at $437 billion, a 16% decrease from its one-week high of $519 billion. However, compared to where the market cap stood at the beginning of 2017, it is still up by 24-fold.