The Government of Ukraine Plans To Legalize Cryptocurrencies 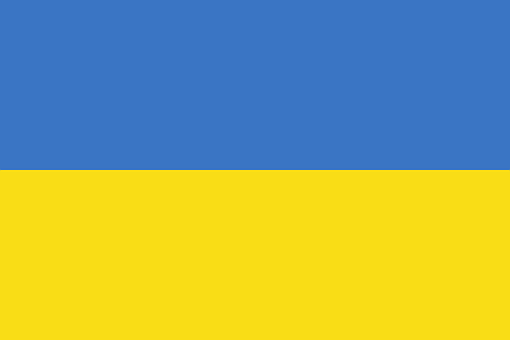 The government of Ukraine has started a state policy to legalize cryptocurrencies and precisely manage and monitor the fintech area as a wheel of a new public policy produced by the Ministry of Economic Development and Trade. The process may take up to three years to achieve but ultimately, businesses built around digital assets would become a legal part of the country’s market.

According to a press release published on the Ministry’s website, the idea intends to establish at the parliamentary level the key terms related to virtual assets, such as “virtual currency” (“cryptocurrency”), “virtual assets”, “ICO / ITO”, “mining”, “smart contract”, “token.”

In Ukraine, there is a legal dilemma about projects related to cryptocurrencies (cryptic currency) and their legal standing, taxation of transactions and the feasibility of signing smart contracts. Smart contracts are an understanding between two parties or people in the form of computer language or code. Smart contracts work on the blockchain, a digital ledger in which transactions performed in a cryptocurrency are written step by step and publicly. Smart contracts are lines of code that are saved on a blockchain and fulfilled when defined rules are satisfied. They are codes that work as they’ve been written to operate by the people who produced them.

The new regulatory policy will be executed in two steps. The constitutional standing of cryptocurrencies, exchanging platforms and other objects administering with digital assets must be defined in 2018 and 2019. After this, the government of Ukraine will examine the business to recognize trends and notable concerns in order to put forth satisfactory schemes to regulate the entire sector.

The state, in turn, lacks taxes and foreign exchange earnings. It has no opportunity to carry out financial monitoring in this area due to lack of statistical information. As a result, foreign investments and opportunities for creating new high-paying jobs are being lost.

The press release further explained that the next stage, 2020-2021, would include identifying cryptocurrency wallet supplier and custodial platforms as “subjects of primary financial monitoring.” The rank is given to established financial organizations such as financial banks and insurance firms.

In other words, in the second stage, 2020-2021, the identification of providers of virtual currency custodians is envisioned by entities of primary fiscal monitoring. It will also include the expansion of specific juridical acts on the regulation of the application of virtual assets, smart contracts and tokens (digital unit of accounting within a distributed register of records in the form of data that has cryptographic protection that can be used to certify the existence of rights to civil rights objects and obligations relationship), holding ICO/ITO.

According to Bitcoin.com, the government of Ukraine has expressed confidence that the application of its governing notion would provide crypto companies to obtain access to trading services and pull more funds through standardized token sales. The ministry remarked that due to the juridical dilemma, these businesses encounter many challenges, while the industry prevails largely part of the shadow economy.

The press release further stated that

Market participants will have the opportunity to use banking services, to officially attract foreign investments, to conduct ICO/ITO as Ukrainian companies, to conclude smart contracts and to carry out barter transactions for the exchange of goods (services) into virtual currencies.

It further explained that the government of Ukraine will be capable to raise funds to the budget, as well as the inflow of foreign currency to Ukraine. The implementation of this policy will also generate new high-paying employment opportunities and receive accurate analytical data on the field of virtual currencies.