Everything you need to know about KUSAMA Crypto

The crypto and blockchain industry has continued to evolve over the years after launching the technology and its first token, Bitcoin. Bitcoin was birthed to make payments seamless through a peer-to-peer payment system. However, the market has undergone immense developments by launching new products and projects. One such projects in the sector are the one that aims to better the performance of already existing projects on the blockchain. They set out to tackle all inefficiencies that may arise from several issues to make usage beneficial and easier for users and traders in the sector. This is what the Kusama crypto project has achieved in the industry. In this article, we will be looking into the Kusama project and what users stand to gain from it.

What is Kusama Crypto?

Kusama is a public environment that belongs to Polkadot, which is used for housing unreleased projects on the blockchain. Developers use Kusama to test their projects in a live environment before a wider audience can access them. The system is called Polkadot’s ‘Canary Network,’ which means users can carry out various activities. Developers use the system to test and vet the code of their projects before such projects are debuted on the publicly accessible Polkadot blockchain. Kusama has its native token, KSM, managed on its network. Holders of the KSM token can carry out changes on the network, stake the tokens and use it to connect the system to a Parachain, among other things.

Kusama made its debut in the crypto market in 2016 after its developers finalized its creation. The network was created by Gavin Wood, Robert Habermeier, and Peter Czaban. Notably, the network developers are also the brain behind the creation of Polkadot. For traders who wanted to claim the native token of the network, KSM must hold DOT tokens when the genesis block of Kusama was made.

The Initial coin offering was also done by Web3 Foundation, where Gavin Wood is the CEO. When it was released on Web3 in December 2019, the token opened at a price of around $1.71. During the ICO, the developers made sure only traders who bought DOT were eligible to claim the KSM token. In this regard, a trader gets the same KSM token as the DOT he has previously bought. Also, the developers announced that they would be reserving 1% of the KSM token to make future upgrades to the network.

How does Kusama Work?

Kusama was built as an open-source during its development with the same codes used to develop Polkadot. As mentioned above, Kusama is coined as the ‘Canary Network’ of Polkadot. This is because it acts as a network where developers can audit their projects before going live on the main Polkadot blockchain. This system works because it allows developers to add their projects and experiment on many features that would be beneficial to users.

With this, developers can perfect their projects before they are available to a wider audience on Polkadot. Most of the blockchains in the sector allow developers to use only their test net to make changes to their projects. Kusama, in this case, provides a suitable environment with all characteristics that other chains do not possess.

Another visible win for Kusama is its governance, making it faster than the Polkadot network. In its operation, Kusama uses one blockchain to carry out transactions and another blockchain to manage activities on the network. The first network where it houses validators is known as the Relay chain, while the second that allows it to bridge other chains to the network is the para chain. Developers can also generate their parachains which can have different features and uses depending on what the project aims to do.

What is the KSM token?

KSM token is the native digital asset of the Kusama network. During its initial distribution, the KSM token was given to users according to the amount of DOT that they held. This means that only traders involved in the Polkadot Initial coin offering could earn the token. Not only that, they must have purchased a significant amount of the DOT token to be given the same amount of the KSM token.

Price History of the Kusama token

The price of the Kusama token is influenced by several factors relating to properties such as market cap and inflow or outflow of funds in the system. Like most tokens, the movement of the asset’s price is determined by the participation of traders in the market—the price of the token skyrockets when traders continue to hold more of it. Presently, the price of Kusama via CoinMarketCap is at $297, trading up 2.65% in the last 24 hours. The token ranks in #57 and has a trading volume of $62,979,697 in the last 24 hours. The total KSM token in circulation is about 8,470,098, with a market cap of $2,518,760,195.

Like most tokens in the market, Kusama encourages high volatility but uses it to its advantage. Last year was a  typical example was where the token started the year at around $1 and ended it at $60. With the time trading towards $300 by the end of this year, it is only natural to look at predicted price moves in the years to come. Below are the predicted moves of the KSM token.

Analysts and experts have predicted that Kusama will enjoy massive patronage by next year. With this, a massive adoption will trigger a bullish response on the part of the coin. Going by this, the token should end in 2022 at around $550.

Going by the trend in 2022, analysts predict that the role might enjoy a similar fate which could see it close down to a figure around $600 to end 2023. Meanwhile, 2024 might be another year to trigger the bulls as analysts have predicted the coin to end at around $700 should it maximize its potential.

Using this year as a guide, the movement of Kusama, as noted by analysts in the next five years, would be mind-blowing. Provided the years will not turn out to be one ravaged by another crisis or global event, the KSM token is predicted to finish the year around $1,000.

Is Kusama Crypto a Good Investment?

Judging how good a project is should be dependent on two factors. The first is how valuable is the product that it offers and how good the project is at providing the said services. In Kusama’s case, the network has several advantages in the market. These advantages are the main reason behind its adoption and the boost in the price of its tokens.

For instance, Kusama allows traders to develop new ideas on developing projects and test them well before they are opened up to a larger audience. With the final listing on the Polkadot blockchain, developers would provide seamless and great service to users. In terms of how good the native token of the platform is, it is noteworthy that it has recorded a rise of 1,124% from August 2020 to September 2021. During this period, the token went from $30 to a massive price of $386. Although its price has seen a further decline, the token is still trading up in the market.

Kusama looks like an inevitable platform in the decentralized finance sector. This is down to the fact that developers will need the platform to test their products before the official launch. Not only does it share similarities with Polkadot, but it was also built to satisfy the Web3 community. Another mind-blowing innovation is that Kusama works outside Polkadot but supports the network. The bottom line is the Kusama network is very good. Its native KSM token is a great investment with potential for the future. However, traders should note that the native token is volatile and reacts to market movements like other digital assets. Also, traders should not hesitate to research should they be interested in investing in the token. With this, they would determine if the project is worth their money. They can also, through their research, find other meaningful or harmful details about the project. 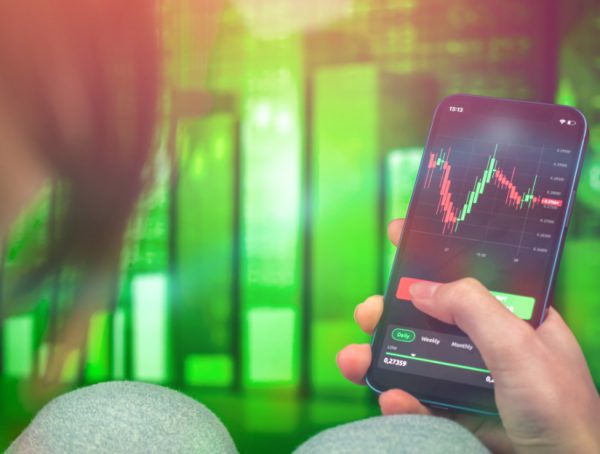