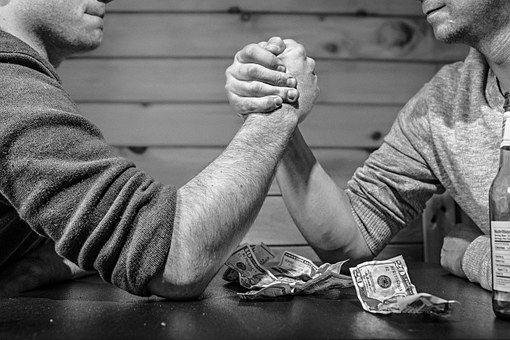 Notable bitcoin critic Dr. Doom (Nouriel Roubini), a professor of Economics at the New York University Stern School of Business, is all set to face off with crypto advocate Coin Center in a congressional hearing on cryptocurrency.

Dr. Doom will testify before the U.S. Senate Committee on Banking, Housing and Urban Affairs besides Coin Center director of research Peter Van Valkenburgh in a hearing named “Exploring the Cryptocurrency and Blockchain Ecosystem.”

Roubini is one of several economists who foretold the housing bubble crash of 2007-2008. He advised about the crisis in an IMF position paper in 2006. Roubini’s forecasts have earned him the nickname “Dr. Doom” and “permabear” in the media. He had correctly predicted the global financial crisis of 2008 and is now a popular crypto atheist. He has called Bitcoin “the mother of all bubbles” and says a “crypto apocalypse” is coming.

In his testimony, he has said that

Crypto is the mother of all scams and (now busted) bubbles while blockchain is the most over-hyped technology ever, no better than a spreadsheet/database.

He has further explained that Bitcoin and other cryptocurrencies portray the mother of all bubbles. A chart of Bitcoin prices correlated to other well-known historical bubbles and scams – like Tulip-mania, the Mississippi Bubble, the South Sea Bubble. This reveals that the price rise of Bitcoin and other crypto junkcoins was 2X or 3X higher than earlier bubbles and the ensuing failure and bust as fast and furious and mysterious.

Bitcoin swiftly shattered in 2017 from $1k to 10K and then topped nearly at $20K in December 2017 only to drop to below $6k (down 70% from that peak) in a matter of four months and it has been near to $6k since then. And a 70% wealth loss was a “good” deal analyzed to thousands of alt-coins (otherwise better known as shitcoins) that have lost on average 95% of their value since the peak.

Dr. Doom has further explained that the whole crypto-currency state has now gone into a crypto-apocalypse as the mother and father of all bubbles has now gone bust. Bitcoin has declined by about 70% in value (depending on the week). And that is acceptable. Other commanding crypto-currencies such as Ether, EOS, Litecoin, XRP have plunged by over 80% (or more depending on the week).

While thousands of other crypto-currencies – actually scam-coins and scam-tokens – have declined in value between 90% and 99%. He also mentioned that a recent study showed that 80% of all ICOs were scams. 11% of them are inert or missing while only 8% of them are exchanged. And out of this 8% the top 10 coins traded – after Bitcoin – have dropped between 83% and 95% of their value since peak with an average decline of over 90%. This is a true Crypt-Apocalypse.

The live hearing of the Senate Banking, Housing, and Urban Affairs committee can be seen here.

Coin Center in its testimony has said that a public consensus mechanism decentralizes business, separating out control on the network over a wider array of associates. For any use-case, decentralization benefits secure user independence, interoperability, durability, accuracy, availability, secrecy, and political impartiality.

In a public consensus device, anyone with a computer and an internet connection should be qualified to play a role in addressing consensus data; in a private consensus mechanism, only those who have been recognized by a centralized authority and given a sanction credential are permitted to associate.

The benefits of this technology are real. Electronic cash promises efficient microtransactions and enhanced financial inclusion; robust digital identity may solve many of our online security woes and streamline commerce and interaction online; and the blockchain-driven Internet of Things systems may spur greater security, competition, and an end to walled gardens of non-interoperability for connected devices.