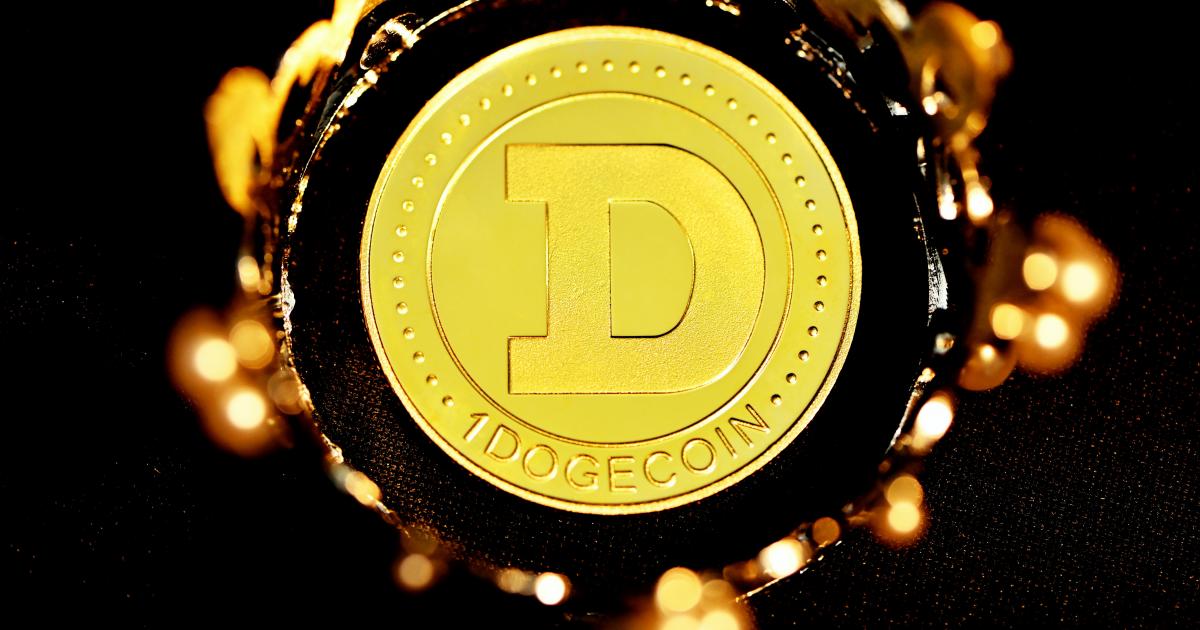 The assumptions around DOGE appear to be wearing off as Elon’s tweets are barely mentioning cryptos anymore. Dogecoin is one of the most famous cryptocurrencies on the market. The meme coin began its journey in 2016 as a pure joke and has since proved itself among the top 15 most valuable cryptocurrencies for years. But Will Dogecoin ever reach $10? We discuss this in our Dogecoin price forecast.

Dogecoin was projected in 2016 and was just a straightforward parody of Bitcoin. But after a few months, Dogecoin became increasingly widespread with investors and witnessed strong price gains. This made Dogecoin the first so-called “meme coin”. These are coins that have no typical use or objective.

Dogecoin Price Forecast: Is DOGE on the verge of an explosive breakout?

Dogecoin price has been creating lower highs over the last few months and has assembled a declining trend line that has maintained the weekly DOGE candlesticks from closing above it. This enormous sell-off could end soon, which could display a volatile breakout.

Dogecoin’s present price is approximately $0.0594. It is outlying below the trend lines. Utilizing linear regression, we would hope the price of Doge to presently be nearly $0.0734. According to the development team behind Dogecoin, the ecosystem will bridge with the Ethereum blockchain in Q4 2022. This will permit users to transmit their DOGE tokens to the Ethereum mainnet, thus permitting DOGE to be utilized in smart contracts, DeFi, and NFT marketplaces.

This is a giant step for Dogecoin, as it expands its use cases, thus raising the demand for DOGE, and in turn, improving its price. This essential news should be able to drive DOGE prices upwards upon successful fulfillment of the bridging project.

Dogecoin Price Forecast: What is Dogecoin worth in 2022?

In August and October 2021, Dogecoin also touched new heights. At the end of October, the price touched $0.30. In November, the Dogecoin price dropped more sharply. In mid-June 2022, the price dropped to $0.053. In the months that followed, Dogecoin stabilized, so the prediction for the end of 2022 improved.

Will Dogecoin ever reach $10?

Dogecoin’s price at $10 would be worth Bitcoin and Ethereum collective, which suggests that Dogecoin must supersede these major coins if the total market capitalization stays at present levels. At this point, this does not look convincing.

For the DOGE price to rise and touch $10, there has to be much more money pouring into DOGE than new cryptocurrencies being mined. Because DOGE has no supply limitation, and the block prize is so big (10,000 coins per block, analogized to 6.25 coins per block for BTC), it becomes more challenging for Dogecoin to touch the $10 mark soon.

The 2021 bull market in Dogecoin witnessed its price climb. The price gain in a matter of months was a notable event. While the identical circumstances that usher any market event can be difficult to pin down, there are occasional exceptional events that are connected at the same time, likely delivering DOGE massive growth. These were:

• It was during a Bitcoin bull market when BTC and other altcoins were also striking new all-time highs.

• People were searching for alternatives during the pandemic.

• Dogecoin witnessed several celebrity approvals in quick sequence with one another. The DOGE price grew every time such individuals like Elon Musk tweeted about it

Celebrity acceptance appeared to have had the most noticeable impact on the DOGE price. Some have blamed DOGE for working like a massive pump-and-dump project because of its rapid price advancement and decline. That said, DOGE can reach $10, at some point in the next 10 years.

The Dogecoin price should thus barely encounter growth by the end of the year. Only a short-term gain in the overall market or a statement on Dogecoin by someone like Elon Musk in connection with future collaboration could drive the DOGE price to increase sharply again.

The benefit of Dogecoin is that the meme coin has already established itself over several Bitcoin cycles. We can therefore consider that the DOGE price will rise again in the next bull market. The next Bitcoin Halving could be in 2024. After that, cryptocurrency prices should grow sharply in 2024 and particularly in 2025. Thus, the Dogecoin forecast for the end of 2025 is extremely positive.