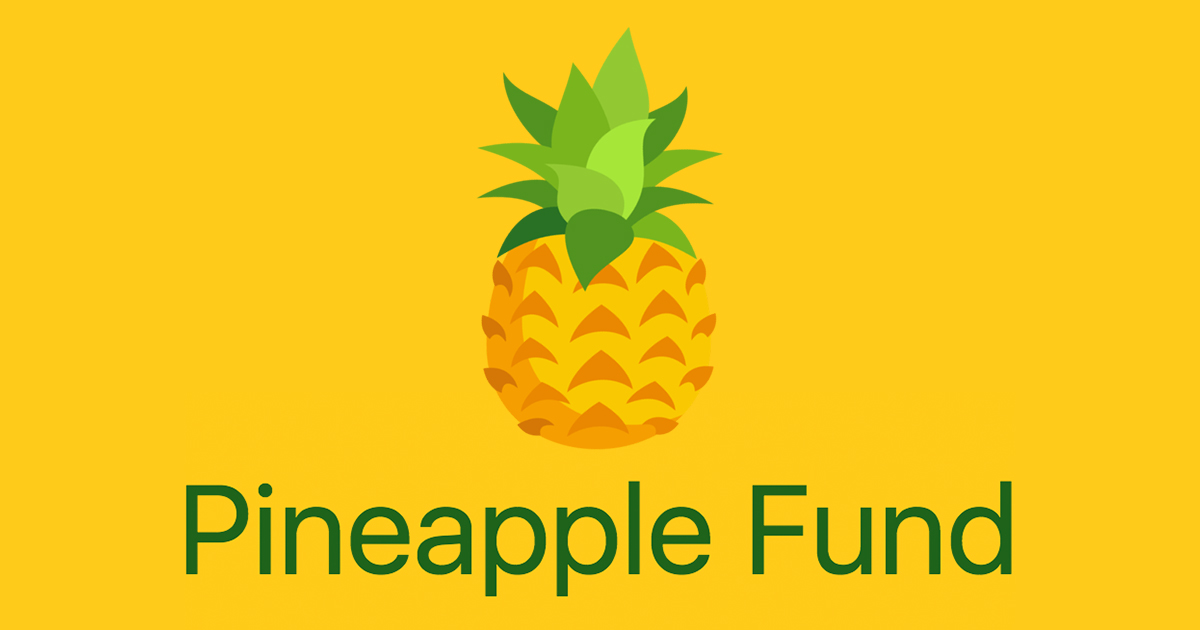 The Pineapple Fund bids farewell after donating 5104 Bitcoin worth some $55 million to charities.

The announcement came via a reddit post, in which the anonymous person behind the fund thanked all those who had helped to grow the cryptocurrency community.

The fund has created huge waves in the digital currency space, transforming the opinions of many. Previously, cryptocurrencies had been associated with criminals and the dark web, but the Pineapple Fund showed the world that cryptocurrencies could be a monumental force for good.

Charities that benefited from the fund span the whole spectrum of organisations. The Internet Archive, an online digital library advocating for freedom of information and a free internet was a major benefactor, alongside the Free Software Foundation and Let’s Encrypt. The fund was not just for tech charities, millions was donated to organisations fighting water crises, researching universal basic income, and other bodies working to end poverty. The fund also showed itself to be forward-thinking, donating to a number of institutions working for a better world. the Sens Foundation was one such body, which is investigating age-related disease. So was The Machine Intelligence Research institute, which is working to ensure artificial intelligence is developed safely.

Whilst we do not know who is behind the fund, we have learned that they were an early Bitcoin adopter, catapulted into a vast amount of wealth by rising prices. The investor then took an admirable move, choosing to give away a large amount of the fortune, because “once you have enough money, money doesn’t matter”.

The money given by the Pineapple Fund will help many organisations working for a better world, but the fund will have a lasting impact upon cryptocurrencies themselves. Many were quick to join the philanthropy, with individuals such as Vitalik Buterin, creator of Ethereum, matching several of the million dollar donations. The fund changed how many view digital currencies, and helped open the door of investment to to a mainstream audience.