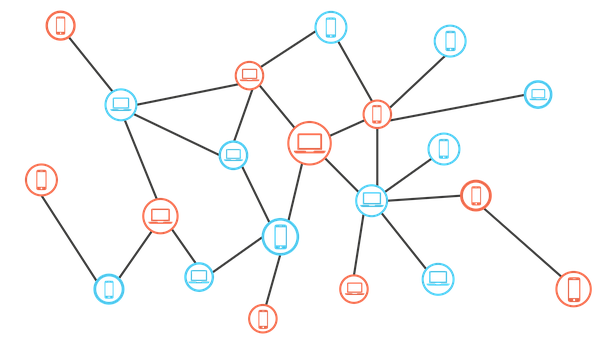 The blockchain Trilemma is one of the greatest hurdles for cryptocurrencies. The Trilemma is a situation which involves the three basic concepts of blockchain technology: security, scalability, and decentralization. The Blockchain trilemma states that you can always achieve the three main attributes of scalability, security, and decentralization at the expense of others, or that you cannot maximize all three properties at the same time.

The Trilemma concept was originally signified by Vitalik Buterin, the founder of Ethereum (ETH), who invented the name in regard to the scalability of blockchain technology.

For example, if there are a large number of nodes, the network is secure, but then it has limited scalability because all nodes must validate the transactions. It just takes longer for many nodes to get the same status as if there were fewer nodes on the network. In addition, there are more gridlocks in blockchains with many nodes, so nodes with fewer resources, poor Internet connection paralyzes the network additionally. There are projects that claim to have solved the blockchain trilemma so that the network can maximize all three properties. However, no proof is presented.

The Trilemma theoretically says that all blockchains can be designed to live at one exact point within a triangle, which is defined by the strength of each of three core blockchain systems. The perfect blockchain would be capable to maximize all three factors, thus resolving the Trilemma.

So far it has demonstrated to be difficult to maximize all three of these components of a blockchain concurrently. The basic difficulty is that by improving the quality of any single component, you must sacrifice some of the advantages of the other two features.

Let’s look at how the elemental attributes are shared by means of two blockchain projects.

Bitcoin is pretty slow. Due to the pools, comparatively few people have an influence on the transaction history. The network is, therefore, less decentralized, recognizing how many people use Bitcoin and how many can determine which direction the network is going. Bitcoin is considered as the safest blockchain in the crypto sector because of its high hashrates. If all miners detach from the pools and mines themselves, decentralization would grow. The hashrate, however, would presumably decline, as it does not pay for everyone to mine solely. This would reduce security.

EOS is conceptually very decentralized, as all network members can have a vote in their EOS. The scalability is also very high. However, the network with fewer nodes is no longer as secure as Bitcoin.

Hyperledger is a private blockchain. In order to participate in the network, it expects the permission of a central authority. Thus, the project cannot be regarded as really decentralized. With up to 20,000 transactions per second, Hyperledger scales pretty well and is also immune to manipulation.

The blockchain trilemma is most likely not solvable. Therefore, it can be assumed that there will be several blockchains side by side in the future that are tailor-made applications.