If you see a cryptocurrency project which is not open source, run away.– written by coincodecap

At CoinCodeCap, we track cryptocurrencies based on their Github activity using different development metrics.

In this article, we compared different crypto projects based on active developers contributing to the project.

What does Active Developer mean?

An active developer is a developer/contributor who is contributing to the project at a given time.

We analyzed every commit of these projects to see how many active developers are contributing at a given time. So let’s dig in.

Note: Here, a developer is a contributor to the Github project, and his/her contribution can be related to documentation and other technical product-related requirements, which are eventually become the part of that product. In addition, we only analyzed the commits of the Master branch, and you can download the complete active developers’ data ( From 01/18 to 04/20).

Let’s look into Bitcoin and its two popular forks. There are more developers working Bitcoin(BTC) and Bitcoin cash(BCH) in comparison to Bitcoin SV(BSV).

We have previously pointed out low developer activity in the Bitcoin SV project.

Note: For Bitcoin(BTC), we track this and this project.

In top privacy coins, Dash has the lowest number of developers working on the project, while the Incognito project(PRV) saw the highest increase of the developers on its project in the last ten months.

On the other hand, active developers on ZEC, Grin, and Beam were consistent in the last 12 months.

What about Smart Contract Platforms?

Ethereum outperforms every other project in the smart contract platform category, with 111.68 active developers/month on average in the last 24 months.

Waves(WAVES) is at the 2nd number in the smart contract platform category, with 54 developers actively contributing every month on average since Jan 2018.

Algorand(ALGO) saw slow growth in the beginning, but development progress ramped up in 2019 and currently has around 20 active developers contributing to it every month on average.

Solana(SOL) and Neo(NEO) have been consistent with ~18 active developers/month on average.

On the other hand, Aragon(ANT) saw a consistent(28.57 devs/month) active developer contribution since 2018.

Build Your Own Blockchain Platforms

Cosmos (ATOM) is the clear winner in this category, with 48.53 active developers/month from the last 12 months.

ARK’s performance declined a little bit from 28.66 active developers/month in 2018 to 18.07 devs/month in the last 12 months. To understand ARK better, you can also read our development audit report of the ARK project.

Komodo(KMD) has been consistent since 2018, with 30.42 active contributors per month on average.

Aion(AION) saw a decline in 2020 with 5.25 active developers in the last four months on average.

DeFi projects are attracting a lot of developers nowadays. Let’s see some of the top DeFi projects.

However, on the other hand, Request Network(REQ) has the lowest number of active developers when compared to any other DeFi project.

Loopring(LRC) had 9.15 active devs on average in the last 12 months.

The important thing to note is that all these DeFi projects are building on top of Ethereum.

Besides Bitcoin, Decred(DCR) had consistent active developer contributions. On average, 34.5 developers contribute to the project every month.

Litecoin(LTC), which saw a contribution of more than 32 developers/month in 2018, has been in decline since. In 2019, it had 3 developers on average, contributing to the project every month. Another thing to notice is that Litecoin’s last release was on 31 May 2019.

Top 10 Projects (based on Market Cap)

We already talked about some of the top market cap projects. Let’s see the projects which we didn’t mention above.

Chainlink(LINK) is another project which saw developer growth in the last two years. From 10 active devs/month in 2018, it is now 19.75 developers/month in the first four months of 2020.

Ripple(XRP) and Stellar(XLM) had been a consistent contribution from 19.78 and 41.75 active developers/month, respectively.

Libra with Other Smart Contract Platform

Though you might have heard of the regulatory hurdles for launching the Libra, Facebook is pursuing it persistently. This is visible in Libra’s development activity.

Libra has ~47 active developers/month, contributing to the project from the last ten months. Facebook’s Libra project should be taken very seriously because Facebook knows how to build technology and business. In addition, it already has a platform used by billions of people every day.

Near protocol also ramped up its development efforts in the last 12 months.

As we provided data for all cryptocurrencies, we actively track, you can check for yourself how many active developers your favorite cryptocurrency has.

We also encourage you to read our dead coins analysis report. And you can dead cryptocurrencies on CoinCodeCap.

As we say always advocate, “Talk is cheap, show me the code,” we believe investors need to understand the development efforts of Cryptocurrency projects. Whether Bitcoin and Ethereum Sink or Soar this Coin Is Climbing

The crypto markets have been up and down like crazy over the last few months. Can Arbismart crypto help in … 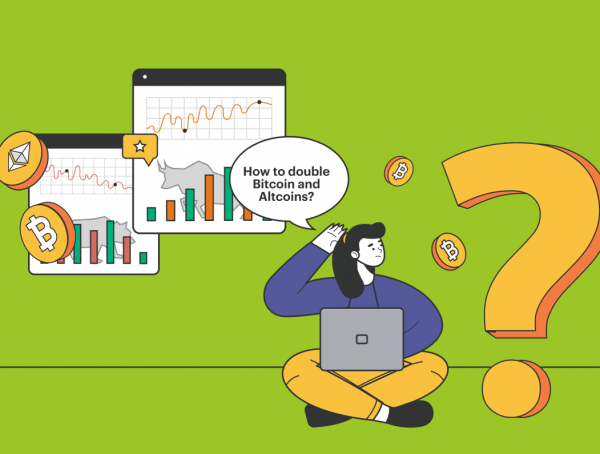 This coin is generating a lot of buzz, due to the fact that it offers an excellent hedge against a …

X6 Your Bitcoin even as the Chinese Ban Sends Prices Tumbling

Bitcoin and many less well-established coins experienced a slump, thanks to China's new Crypto Ban. Can Crypto Investors HEDGE such …