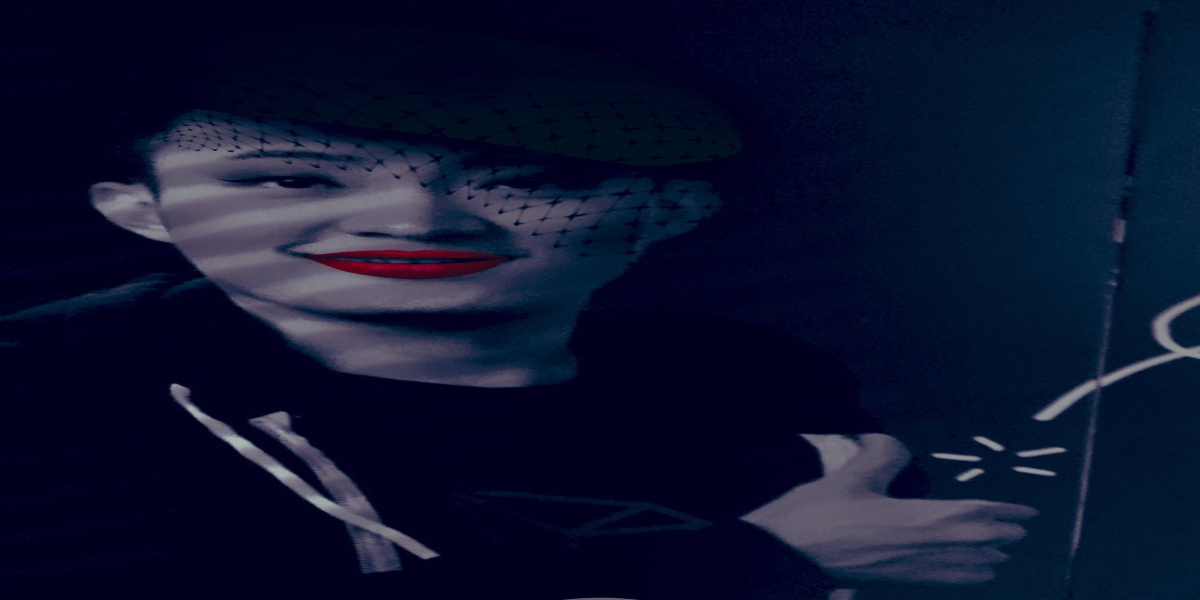 In the aftermath of the hostile takeover of Steem blockchain by the Tron foundation working in conjunction with three centralized exchanges namely Binance, Huobi Global and Poloniex, the Steem community has managed to take back control and currently have 11 “friendly” witnesses in the list. This ensures that the blockchain can’t be hard forked to manipulate the governance mechanism or nullify/reduce power-down period to release funds. The move came after two of three colluding exchanges Binance and Huobi Global unvoted, seeing the public reaction of outrage. The Steem community regrouped, gathered votes and was successful in voting its representatives back.

Justin Sun tweeted yesterday after the fiasco that hackers have been defeated, funds are secure and Steem network is stronger than ever. His version of events mention “some hackers” managing to freeze 65M STEEM tokens (worth $ 10M), legally owned by Steemit (parent company of Steem blockchain), threatening to destroy the said tokens and high-jacking the platform. According to him, the whole thing was against decentralization and sanctity of private property.

#STEEM has successfully defeated the hackers & all funds are super #SAFU. @SteemNetwork and @steemit community is now stronger than ever since we united & solved the difficulties! Full details below👇— Justin Sun (@justinsuntron) March 3, 2020

(1/9) On Feb 22, some malicious hackers froze 65 million #STEEM legally owned by Steemit, the core STEEM developers. When we found out, the hackers already hijacked STEEM & threatened to nullify the existing STEEM. We had a difficult choice.— Justin Sun (@justinsuntron) March 3, 2020

So, the Tron foundation proceeded to protect the chain by taking control of the network for a short time, to protect their tokens. He ended the tweet series by saying that all exchange votes will be withdrawn, as soon as they are certain that the hackers can’t harm Steem anymore. He said that comments about collaboration with exchanges to execute hostile takeover are false and that they are devoted for continued development of the Steem network.

(4/9) We knew it would be a complicated process since we needed to control the network for a short period of time, but we had no choice. Our sole intent was to secure @steemit’s stake & #STEEM holders’ interest. Our intention was not to control the STEEM network.— Justin Sun (@justinsuntron) March 3, 2020

(7/9)Misleading comments re us collaborating w/ exchanges on a hostile takeover is false. Our intention was never to take over the network & all parties’ votes will be withdrawn. We wanted to protect the sanctity of private property & the interests of all from malicious hackers.— Justin Sun (@justinsuntron) March 3, 2020

The Hole In The Story

However, what Mr Justin Sun failed to mention is that these “malicious hackers” were actually the witnesses voted by the community as their representatives, who executed the soft fork, to prevent the Tron foundation from hard-forking the chain and subverting governance, using the tokens purchased from Steem founder Ned Scott. They made certain that the promise of these premined tokens (by Steem’s founder) were kept and these tokens weren’t used to do anything radical, until such time, the community discussed things with Tron foundation.

Further, the Tron foundation and centralized exchanges didn’t have the user’s consent or permission, to use the deposited tokens on the wallets as stake and for voting for the witnesses. As many as 84 million STEEM tokens, kept on Binance/Huobi Global and Tron owned Poloniex, were unethically and illegally used for staking and voting. This attempt to use the deposited tokens to manipulate governance on the platform and vote in their own representatives was against decentralization, a serious violation of trust and misuse of property.

3. ~84 Million of customers’ $STEEM controlled by @binance, @HuobiGlobal and @Poloniex was used today to vote via delegated POS to fork the the $STEEM chain and replace all of the community elected consensus witness, with those controlled by @Binance and @justinsuntron— Block DX (@BlockDXExchange) March 2, 2020

Within hours of this fiasco, Steem’s lead developer Vandeberg, Head Of Communications Andrew Levine and blockchain engineer Steve Gerbino resigned. Thus, laying bare the Tron foundation’s statements of developing the Steem network. Further, there have been no statements from either Tron foundation and/or Justin Sun explaining how these earlier mentioned “malicious hackers” were able to execute the soft-fork in the first place or are able to regain it now, if they weren’t supported by popular vote. Surely, if they were hackers, their influence over common accounts voting would be negligible, which doesn’t appear to be the case here. Thus, its confirmed beyond reasonable doubt that there were no hackers in the first place, just the community attempting to preserve its state and decentralization. All three cryptocurrency exchanges and the Tron foundation, actually conspired against and attempted to bring centralized control to the Steem network.

Update on #Steem: head of communications and lead dev of @steemit have resigned. Showing the level of distrust @justinsuntron brought when he acquired the organization. https://t.co/UAgnKvRMechttps://t.co/Y1QpvtPCia— Steemleo (@steemleo) March 3, 2020

All three centralized exchanges who colluded with Tron foundation currently are having problems processing STEEM withdrawals, as user outrage grows and people are moving to remove their coins from these exchanges, so they can’t be used for further nefarious activity against the network. This is the result of unauthorized staking and voting on the network, to choose new blockchain validators or witnesses.

If you have Steem on @Binance or @HuobiGlobal, they cannot honor your withdrawals right now. Because they — without their customers’ consents — Powered Up (Staked) ALL of their customers’ $STEEM due to backroom deals with Justin Sun bribing. It takes 3 months to Unstake. https://t.co/vvS231IDW5— Meeseeking (@meeseeking) March 2, 2020

Steem’s Delegated Proof Of Stake (DPoS) mechanism requires locking or freezing of the tokens, used for staking and voting for a period of 13 weeks. Each week, 1/13 of the tokens staked and used for voted are released by the governance mechanism on-chain. It means that even though the Huobi Global and Binance exchanges have retracted their votes, they still can’t get the user deposited tokens back. Since they can’t get the tokens back, they aren’t liquid enough to process withdrawals on the exchange. The customer service of these exchanges are blaming the inability to process the withdrawals, to Steem network being busy and unable to send transactions.

When I first published this three hours ago, @binance had almost 1.2 million liquid STEEM. Now they are down to just over 100k. Will some have to wait 13 weeks to get their STEEM?

If the Tron foundation took complete control of the network and executed the hard fork, this cooling down period of 13 weeks could have been reduced to shorter period of time or even nullified completely, which could have released the tokens and provided exchanges with liquidity to process withdrawals. However the inability to properly understand the code, Steem team resigning and exchanges buckling down to public pressure, ensured that it couldn’t happen.

Since pretty much all of STEEMIT INCs team quit, their devs are not familiar with Steem & have no clue how to hardfork or what that comes with. If #Binance does cause a fork, there is a 90% chance the chain breaks and locks up. This is going to be a shit show.— TheycallmeDan (@TheycallmeDan_) March 5, 2020

The Current State Of The Steem Blockchain

As of March 06, 17:00 GMT +1 – the Tron foundation can’t hard fork the Steem blockchain to unfreeze tokens or change governance mechanism since the community has 11 witnesses in the top 20 list. This was the result of the public pressure on the exchange to unvote and people withdrawing tokens or using ones in external wallets to vote for genuine witnesses. This has ensured continued decentralization and failure of the collusion between centralized exchanges and Tron foundation. 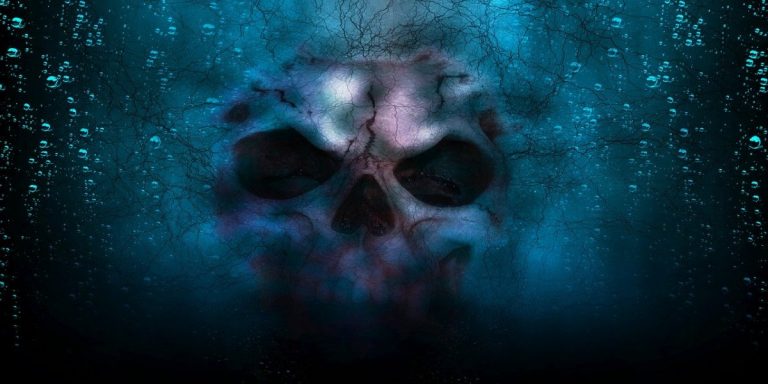