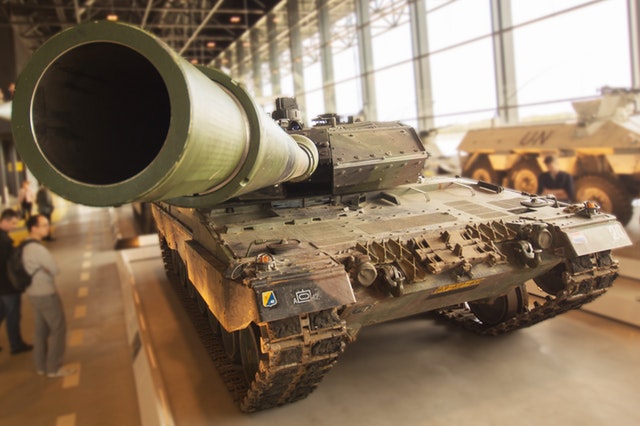 The long held argument against cryptocurrencies whereby terrorists could use them as a source of illicit money laundering and weapon financing has been further weakened by recent statements and reports made my various officials and investigators around the world. The Congress was reported today at a House Financial Services Commercial hearing that several well-known criminal organizations such as ISIS (The Islamic State), Al Qaeda, etc have failed repeatedly in raising money for terrorism and support through cryptocurrencies, which are powered by their underlying blockchain technology.

Yaya Fanusie, director of analysis for the Foundation For Defense of Democracies Center on Sanctions and Illicit Finance strongly asserted that “cold hard cash is still king” while explaining his overarching point about cryptocurrencies like Bitcoin, Ethereum, and Monero being unfeasible and unsuccessful for such International terrorist organizations, as reported by Forbes.

Cryptocurrencies are still in their early adoption phases with only a few countries like the United States, Japan, Turkey, and South Korea having a relatively established crypto ecosystem where cryptocurrencies can be legally exchanged in fiat to crypto exchanges, and be used to buy a limited amount of goods and services.

However, most countries where terrorism is rampant tend to be developing nations with little or no cryptocurrency adoption. Such terrorist organizations would have no ways of converting cryptocurrencies into fiat currencies that would then be used to fund their terrorism activities. Moreover, cryptocurrencies can also not be directly used to purchase goods and assets from their suppliers and this poses a widespread problem for them.

Several terrorist organizations have only recently started using various social media tools like Facebook and Whatsapp to assist them in their international recruiting campaigns. However, Fanusie mentioned in the House Financial Services Commercial hearing that these terrorist organizations tend to have “unreliable technology infrastructure” and this is again because of factors such as constant movement of resources and the lack of a stable internet service within such terrorist regions. Terrorist organizations such as the Islamic State (ISIS) tend to constantly move their troops in hiding and this restricts their access to resources such as a stable internet connection and hardware required for the trading of such cryptocurrencies.

Smaller, unregulated exchanges pose a threat for the future of terrorist-financed cryptocurrencies

Yet, Fanusie cautioned that smaller, unregulated exchanges tend to have more lenient rules regarding legal compliance and anti-money laundering which could pose a greater threat to potential future threats of terrorist crypto financing. This especially applies to a variety of privacy coins such as Monero, ZCash, Dash, Enigma, etc whereby both parties within transactions tend to be completely anonymous and untraceable. Hence, it would be interesting to see how global crypto regulation responds to the presence of such smaller exchanges where proper KYC (Know Your Customer) and Anti Money Laundering (AML) rules are not in place.

“By preparing now for terrorists’ increasing usage of cryptocurrencies, the U.S. can limit the ability to turn digital currency markets into a sanctuary for illicit finance,” Fanusie chimed amidst the House FSC hearing.

These trends and factors seem to point towards the comforting fact that cryptocurrencies would not harbor and be a useful tool for global terrorist organizations to raise illegal funds for their propaganda. However, regulatory boards around the globe would need to step up their rules targeting specific platforms like unregulated smaller exchanges in their global fight against the spread of terrorism.

The views mentioned within this article have been compiled from sources listed on the web and do not represent the views of Cryptoticker.io and/or its subsidiaries.

US Government Urged to Reimagine a Future With Blockchain