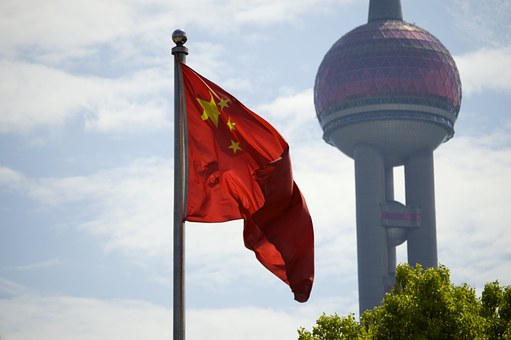 Tether, a stablecoin cryptocurrency is once again in the news, this time for a different reason. Crypto traders in China have found ways to bypass the government’s ban on cryptocurrency trading and initial coin offerings (ICOs) by using Tether (USDT) and virtual private networks (VPNs).

Despite various attempts by the Chinese government to stop all local exchange platforms, traders are still trading and avoiding the ban by displaying themselves under various domain names. According to a report by South China Morning Post, the officials are taking strong measures by blocking access to 124 offshore crypto-exchanges that provide trading services to Chinese investors.

Traders are moving their servers outside China and registering their legal organizations offshore. The report said that,

The latest warning and potentially increased monitoring of foreign platforms is targeted at a batch of smaller exchanges that had claimed to be foreign entities, but are in fact operating in China claiming they have outsourced their operations to a Chinese company,” said Terence Tsang, chief operating officer of TideBit, which runs a centralised cryptocurrency exchanges in Hong Kong and Taiwan. Those exchanges whose website landing pages are in Chinese have drawn particular scrutiny by regulators.

Before the release of this report, the total trading volume on seven popular Chinese exchanges was dropped by 33% to US$2.5 billion. According to a few cryptocurrency experts, it is very difficult for regulators to completely block access if trading platforms’ servers remain outside China, and transactions are conducted peer-to-peer and remain decentralized. To start trading, many retail traders first convert yuan into “tether”, a stable coin whose performance is considered much less volatile than bitcoin.

Chinese traders also use “client to client” trades. It is just like a normal e-commerce website. In this, online merchants sell their goods on an e-commerce website and after that two individuals who have both completed a “know-your-customer” procedure with an exchange swap “fiat” currencies, or legal tender of a government, to tether. After receiving the tether, the trader can start trading crypto-to-crypto on any exchanges by using virtual private networks (VPNs).

According to SCMP, right now there are no restrictions on using VPNs in China, giving a potential loophole for traders to access exchange platforms. Also, regulators are working with third-party payment providers to stop processing transactions suspected to be associated with cryptocurrencies.

Chinese traders are using a tether with a VPN (Virtual Private Network) because it increases their anonymity when using the internet. A VPN works by masking IP (Internet Protocol) and due to that, online activities of crypto traders are virtually difficult to trace. The main benefit of using a VPN is that it secures traders internet connection. Not only this, by using VPN data is encrypted and secured from third parties. Cryptocurrencies like Bitcoin, tether give privacy protection when trading and making online payments and VPN provides security for their online presence. Using a combination of both tether and a VPN crypto traders hide their digital footprints.

As mentioned earlier, this is not the first time Tether is in the news. A few days ago, researchers from the College of Texas at Austin’s Division of Finance had published their research about this cryptocurrency. According to them, Tether is manipulating Bitcoin and other cryptocurrency prices during the recent boom. Researchers used algorithms to analyze the blockchain data and found that purchases with Tether are timed following market downturns and result in sizable increases in Bitcoin prices. Their analysis centered on examining the potential manipulation of Bitcoin and other major cryptocurrencies. They also examined whether the growth of a pegged cryptocurrency, Tether, is primarily driven by investor demand, or is supplied to investors as a scheme to profit from pushing cryptocurrency prices up.

They also explained that less than 1% of hours with heavy Tether transactions are associated with 50% of the meteoric rise in Bitcoin and 64% of other top cryptocurrencies. The flow clusters below round prices induce asymmetric autocorrelations in Bitcoin and suggest incomplete Tether backing before month-ends. These patterns cannot be explained by investor demand proxies but are most consistent with the supply-based hypothesis where Tether is used to provide price support and manipulate cryptocurrency prices.