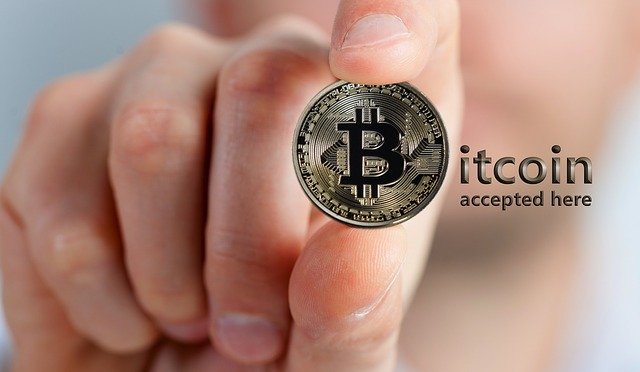 Bitcoin and cryptocurrencies are more of an ideology and activism movement than just a decentralized currency or a technical phenomenon. The white paper for Bitcoin, is mostly propaganda literature and a call for revolution, even though the technical complexity of Bitcoin is deep. These statements are meant to provoke thought, such that readers come to think of the other side of this new technology. And this is precisely why documentaries are the best way to learn and get inside this new exciting world. They go into the depths of the movement, the philosophy behind it and more importantly the thought of the people who are driving it.

As the name suggests, the documentary is a journey of revelation into the world of Bitcoin. This one is a must-watch documentary about bitcoin and crypto. Having a run time of 48 minutes, it goes deep into the philosophy of Bitcoin. It goes back as far as the financial crisis and the subsequent publishing of the Bitcoin white paper to the present. The documentary also dwells into questions like “Is Bitcoin the blueprint for a bankless currency, or the biggest pyramid scheme ever? What if we could create money ourselves, without the need for banks?”. Finally, it discusses the unique features of Bitcoin like the limited supply and diminishing returns on mining, transfer money around the world free of cost.

The Rise & Rise of Bitcoin

The Rise and Rise of Bitcoin is a film directed by Nicholas Mross, released in 2014. The film interviews multiple companies and people that have played important roles in the expansion of Bitcoin. It first premiered at the Tribeca Film Festival in New York on April 23, 2014. The film was nominated for the “Best International Documentary Film” at the 2014 Zurich Film Festival. The documentary follows thirty-five-year-old computer programmer Daniel Mross. On top of his job, kids, and marriage, Daniel is an avid enthusiast of the cryptocurrency, Bitcoin. He discovered Bitcoin in 2011 and from there, he has been fascinated by anything that has to do with it. Daniel and his brother and producer, Nicholas Mross, decided to start filming because they believe that this could really be the future of currency and filming a documentary is one way to expedite the process. By doing this, they were able to educate anyone who watched this film. Throughout Daniel’s journey around the world, he meets individuals who are leading this potential financial revolution. Daniel and the people that he interviews are pioneers that are adventuring into this mysterious concept. The future goes to show that not everyone involved in Bitcoin early made it out unscathed.

The story is about Ronald from Kampala, Uganda who receives Bitcoin from his household within the US to assist his training. This is a 5 minutes 36 seconds’ YouTube video that specifically talks about the way a digital currency like Bitcoin is spent in Uganda and its prevalence there. Uganda is one of the fewest countries in Africa using Bitcoin as a mode of exchange and payment. The story opens to Ronald who is from Kampala in Uganda whose education is a priority. In order to settle payments for his education, his parents in the US sends him some Bitcoin. The video was published by BitcoinFilm.org on May 16, 2014. However, the main purpose of this video is to show the audience how to use Bitcoin effectively. Through Ronald’s life, we see how he has been able to utilize his Bitcoin and ways in which people can be empowered through cryptocurrencies.

The Blockchain and Us

When the Wright brothers invented the airplane in 1903, it was hard to imagine there would be over 500,000 people traveling in the air at any point in time today. In 2008, Satoshi Nakamoto invented Bitcoin and the blockchain. For the first time in history, his invention made it possible to send money around the globe without banks, governments or any other intermediaries. Satoshi is a mystery character, and just like the Wright brothers, he solved an unsolvable problem. The concept of the blockchain isn’t very intuitive to understand at first glance. But still, many people believe it is a game-changer. Despite its mysterious beginnings, the blockchain might be the airplane of our time. Manuel Stagars portrays this exciting technology in interviews with software developers, cryptologists, researchers, entrepreneurs, consultants, VCs, authors, politicians, and futurists from the United States, Canada, Switzerland, the UK, and Australia. How can the blockchain benefit the economies of nations? How will it change society? What does this mean for each of us? The Blockchain and Us does not explain the technology but starts a conversation about its potential wider implications. The film deliberately poses more questions than it answers.

An ideological battle is underway between mainstream capitalism and fringe utopians. ‘Banking on Bitcoin’ takes a look at what this revolutionary technology is and the players who are battling to define how it will shape our lives. The documentary was released in 2016 and starts with the beginnings of Bitcoin and how it evolved to be what it is today. The film was directed by Christopher Cannucciari. The film features many early adopters of Bitcoin, including Erik Voorhees, Charlie Shrem, David Chaum, Gavin Andresen, and the famous Winklevoss twins. Banking on Bitcoin was released on Netflix and is still to this day the best documentary on Bitcoin available inside of Netflix.

As an investor whose only intention is to make money, or as a hedge fund manager whose only aim is to view crypto as another asset class; following the number is more than enough to fulfill their respective roles. But to dive deeper into the realms of the technology and to be a part of it in the truest sense, one has to understand the philosophy behind it. This goes way beyond replacing the dollar and the current financial system. The blockchain in its truest utopian sense envisions a world where each and everyone has a voice, an egalitarian society, free from the control of the ruling class.